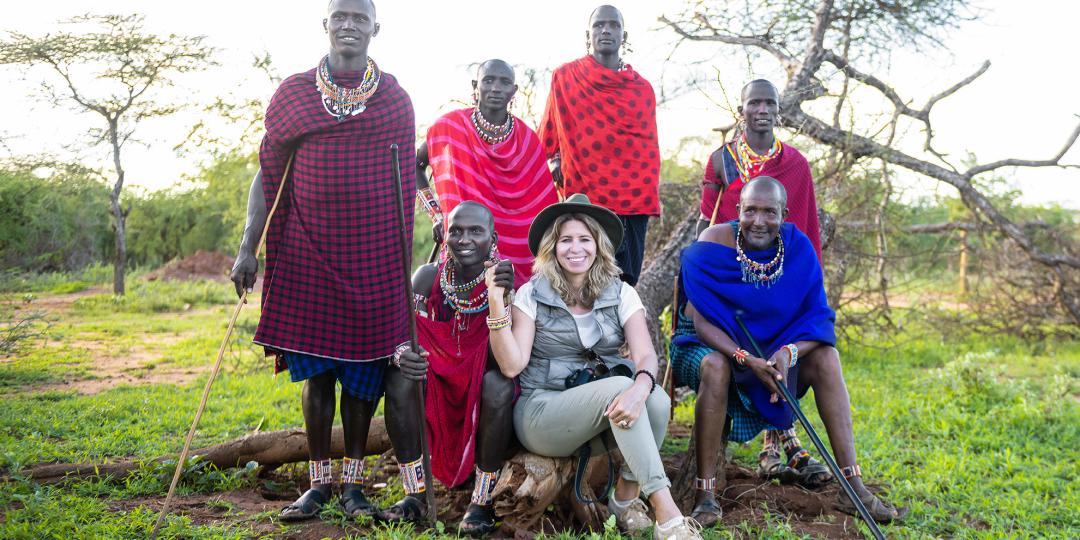 African destinations are increasingly at the top of the list for Latin American travellers who are more aware of Africa and looking for something other than a Caribbean cruise or a trip to Disneyland for their next holiday. They want to be outdoors, connecting with nature and experiencing something unique and meaningful.

This is the experience of Andrea Landaeta, Director of Sariri Terra, a travel marketing and consultancy firm based in Latin America and representing a collection of hotels and tour operators selling journeys across Africa. Sariri Terra has a strong focus on conservation tourism and is also ATTA’s representative office in Latin America. Landaeta spoke during a recent ATTA webinar organised to assist members selling Africa in the Latin American markets.

Back in the day, travel was a distant dream for most people in Latin America, she said. “Now it is part of the norm and a dream for everyone, not just the wealthy.”

The idea of travelling had never been more attractive in the Latin American markets, which were growing quickly, she said. In addition to economic growth, improved access to smart phones and Internet connectivity meant consumers now had easier access to information and felt more confident to buy online.

“Nowadays, the luxury travel market is more accessible and they want to treat themselves to the best they can afford. This can also mean that they’re on the lookout for affordable luxury, focusing on unique experiences instead of five-star hotels,” according to Landaeta.

Close relations between African and Latin American countries with regard to business, cultural and political exchanges were also helping to attract attention, she said. Similarities in terms of African history and culture, especially with respect to countries like Brazil, Surinam, Colombia and Venezuela, increased the appeal of African destinations.

Since the pandemic period and over recent months, growing tourism destinations for Latin American tourism included Mexico, Punta Cana, Maldives, Egypt, Dubai and the USA (vaccine tourism), as these countries had made a significant effort to promote their destinations during this difficult time, said Landaeta.

Tourism to Africa was driven by Brazil and Mexico, she said, followed by Chile, Argentina, Peru and Colombia. COVID-19 aside, numbers from the Latin American markets reflected non-stop growth.

“Mexico was the Latin American country with the largest number of international tourist departures in 2018, with nearly 19.8m. That same year, Argentina's outbound tourism amounted to 11.13m departures.”

In 2019, 77 000 Brazilian tourists visited South Africa, growing at a rate of 10% compared with previous years, she said, with Central and South America total tourist direct spend in 2017/2018 adding up to R2bn (€116.79m). The average length of stay in South Africa was 18 nights. “In 2020, during the pandemic, Brazil was the seventh-biggest market to South Africa.”

Altamiro Medici, Regional Managing Partner of AirlinePros, GSA of Airlink in Latin America, said there had been varying degrees of airline connectivity since SAA left the market and LATAM Airlines suspended operations to Johannesburg.

Airline connectivity was crucial when wanting to connect these two continents, he said. At present, Latin American travellers were connecting to African destinations via Addis Ababa, Doha, Dubai, London, Paris, Zurich and Frankfurt.

He believed the year-end holidays (December to February period) would create huge international demand for Africa, especially from Brazil, where the vaccination roll-out was more advanced.

Medici said most of his clients were from the corporate segment (oil/gas/ mining) and also government officials travelling to many points in Africa. Leisure traffic had started up from mid-2020 and was increasing in demand, particularly for southern African destinations.

While there were no short-term prospects for the return of LATAM flights to SA in 2021 in his opinion, he said the relaunch of TAAG flights (São Paulo to Luanda) would make a big difference in terms of connection times.

He said since Airlink’s independence from SAA, the carrier had signed a series of interline agreements so the travel trade in Latin America could issue multi-sector tickets incorporating the Airlink network in one ticket. Airlink’s continuous network expansion, alongside the interline agreements, also helped clients reach all of Southern Africa, he told Tourism Update.

One recommendation was to tailor products to a specific country and not the generalised region, as travel needs and expectations were different. “For example, Argentinians have a coastline with cold sea so they want a beach extension at the end of their trips, whereas this is not so essential for Brazilians.”

Appointing a Spanish- and/or Portuguese-speaking person in the office to deal with enquiries as well as a representation office in Latin America would not only assist with the issue of language barriers, but also the time difference. Local guides being able to speak these languages was another plus factor. “Creating a strong partnership with your clients also means being accessible for emergencies, with 24-hour support lines for travellers.”

Since Latin America was such a price-driven market, she suggested considering a lower profit margin in the beginning to attract travellers, as well as showing rates in USD and offering flexible payment options. There should be an awareness of the tax treaty/bilateral agreements with Brazil, she added. “Increasing awareness while developing a strong destination brand backed by a competitive product offering will prove to be critical to attracting travellers from emerging markets.”

Regular product trainings in Spanish and Portuguese tailored to client interests and needs as well as trade educational trips would help agents sell Africa with confidence and knowledge, Landaeta continued.

Leila Minatogawa, GM TGK Travel, Africa specialist in Brazil, said luggage policies were important for Brazilian travellers in particular, who liked to travel with lots of luggage and bags. This became a problem with light aircraft connections. “Agents need to explain this well to clients to avoid problems at check-in.”

Natalia Heras, part of the Sariri Terra Team in Mexico, pointed out the misperception in the Mexican market that all African safari lodges were high-end luxury and hence unaffordable. She felt training and relationship building with the trade was essential to educate them on accommodation options across different budgets for safari experiences.

Another factor was that Mexican people liked to travel with family (including children and grandparents) so groups could be large, necessitating room connections etc.

Mexican travellers also wanted to explore sustainable conservation elements as well as different experiences that they were not always aware existed, such as the gorillas in Rwanda.

Minatogawa said Brazil had many potential travellers wanting to visit Africa to feel the energy of the African people.

“We have the Carnival, samba and music. The African culture matches everything we need.”