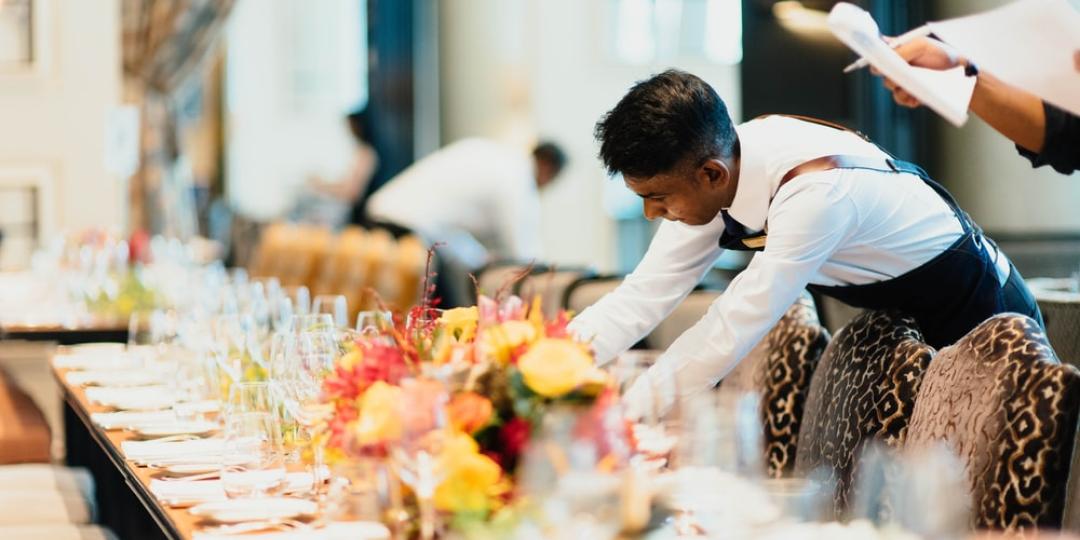 While the latest Bureau for Economic Research (BER) Business Confidence Index (BCI) level ratings for the ‘other services sector’ – which includes restaurants and hotels – show a massive jump for the fourth quarter of 2021, the optimism has slumped significantly since the global travel bans were implemented.

According to Deputy Director for the BER, George Kershoff, confidence in the other services sector jumped from 37 in the third quarter to 49 in the fourth quarter of 2021. The increase is the largest ever recorded in the survey’s 16-year history and brought the sector’s confidence level to within a hair’s breadth of the neutral 50-mark, which is the point where equal percentages of executives are satisfied and unsatisfied with prevailing business conditions.

“Unfortunately, this positive development comes with a big qualifier. The fieldwork of the survey was conducted before South African scientists went public with the identification of a new COVID-19 variant, later named Omicron, on November 25. And on November 26, starting with the UK, this led to a large number of countries banning travel to South Africa,” he explained.

Kershoff noted that, in terms of the four sectors making up the total, the increase in confidence and activity was derived mainly from hotels and restaurants. Transport and real estate contributed to a smaller extent.

“The confidence of hotels and restaurants surged from 11 to 58 on the back of bumper reservations from local and foreign visitors. The 47-point jump was the largest increase between consecutive quarters ever recorded,” he said.

However, instead of a better high season bringing the hospitality industry a reprieve after surviving 20 months of almost no travel, the international travel bans and the onset of the fourth COVID-19 wave locally have dealt the tourism industry a heavy blow, with industry now heavily relying on domestic tourism to provide increased demand.

A BER snap poll in December, conducted among those that responded in November, indicated that confidence in the hospitality sector dropped by more than half – from 58 to 25.

Turning to employment and fees charged, the performance per sub-sector matched those for confidence and activity. Hotels and restaurants ramped up their hiring of additional staff in the run-up to an expected bumper summer season. Hotels also lifted their prices from previously deeply discounted levels.

But, highlighted Kershoff, at least to some degree, increased hiring in preparation for a good summer season had likely been reversed. “This will have an immensely adverse social impact amidst record-high unemployment levels,” he said.

On the back of the industry losing over R1bn in bookings within the first 48 hours of the renewed travel bans, (€55.5m), as well as a rise in COVID-19 infections in South Africa amid the fourth wave, hospitality association, FEDHASA, has reiterated its plea to government to use all mechanisms other than lockdowns to relieve pressure on the country’s healthcare system.

“We have asked Tourism Minister, Lindiwe Sisulu, to intervene on our behalf, highlighting the extent to which the sector has suffered the collateral damage of lockdowns for the past 21 months. Our hospitality businesses simply cannot survive a repeat of December last year where beach bans, alcohol restrictions and extended curfews effectively shut us down,” said Rosemary Anderson, FEDHASA National Chairperson.

With the recent international travel bans imposed on South Africa, hospitality businesses are reliant on domestic tourism over the festive season. To this end, FEDHASA and industry partners have been working closely with Sisulu and have submitted alternatives to lockdown restrictions. “We want to thank Minister Sisulu for her commitment to our industry and for bearing our message to help us keep our doors open,” said Anderson.

In addition to strict adherence of tourism health and hygiene safety protocols instituted last year, the hospitality sector has suggested, among others, reducing the size of indoor gatherings, expanding curfew and prioritising vaccination of South Africans to mitigate the impact on South Africa’s healthcare system. With the variant already prevalent across South Africa, there is no point in banning inter-provincial travel to stop its spread.

“While we are reminded it is early days, the enhanced transmissibility of this variant does not appear to have translated into high levels of hospitalisation and death. Consequently the pressure on our healthcare system remains manageable, which is what lockdown restrictions are there to ensure. We therefore believe there is no reason for additional lockdown restrictions to be implemented,” added Anderson.

Further, leisure domestic tourism is low risk as it consists mainly of family/group travel in private vehicles to establishments and engaging in summer outdoor activities.