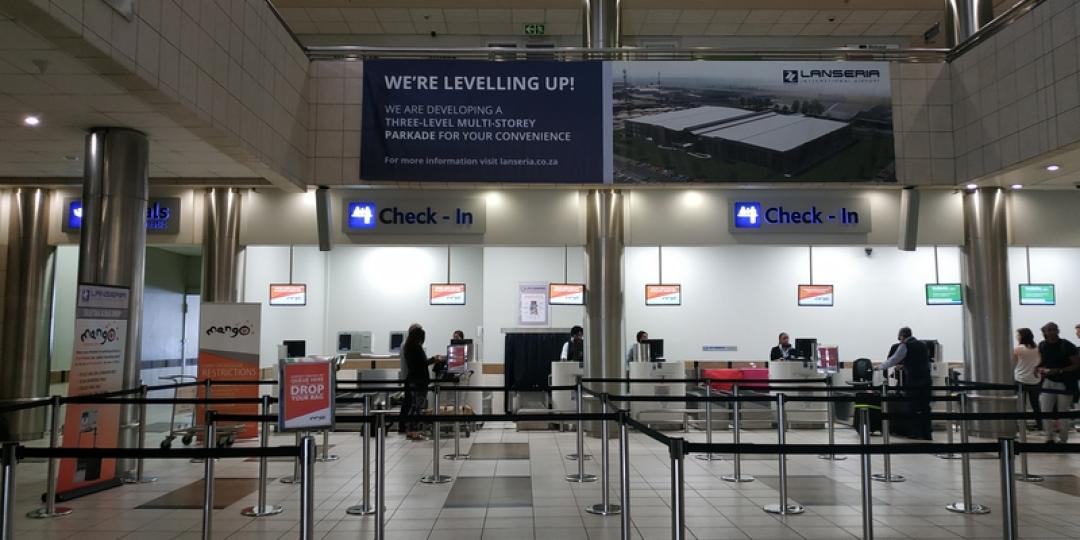 FlySafair is currently the only airline providing scheduled flights at Johannesburg’s Lanseria International Airport, which, a year ago, was offering flights operated by most domestic carriers. Despite such a vastly different post-COVID operating landscape, the airport is forging ahead with its expansions plans.

Mango ceased operating out of Lanseria earlier this year, saying the decision had been made to centralise its Johannesburg services to operate out of OR Tambo, due to SAA reducing its domestic fights.

Comair and kulula.com, which will resume services during December, have also not reintroduced their Lanseria flights at this stage. A notification on Comair’s website says customers who are booked on Lanseria flights will be re-accommodated on a flight at OR Tambo, at a time nearest to their original departure time.

“British Airways domestic and regional flights will reopen soon, as will kulula flights from Lanseria. Comair will initially operate a fleet of 15 aircraft across both airline brands, gradually increasing as the remainder of the fleet returns to service over the next few months,” said a Comair spokesperson.

New carrier, Lift, has also announced that it intends to fly only out of OR Tambo at present.

Lanseria’s PR and Communications Manager, Nomasiko Paarehwa, confirmed that only FlySafair was using the airport for scheduled flights at present, and that the airport had not received any indication of Comair’s plans.

In March, Paarehwa told Tourism Update that the airport was in talks with other regional and domestic carriers about taking up existing capacity at the airport, and that it hoped to be able to make an announcement “soon”.

When asked for an update, Paarehwa said: “As airlines resume operations and revisit previous plans, we are slowly resuming talks but we do not have any confirmation right now.”

The airport was in the midst of a large expansion before lockdown, intending to increase its capacity from three million to four and a half million passengers annually. While the expansion had initially been intended to be completed by the end of May, Paarehwa said construction had resumed in September following the lockdown, and that good progress was being made.

A big issue for Lanseria is its lack of easy connectivity with OR Tambo, which cuts it off from transiting regional and international traffic. While a Gautrain line to Lanseria was included in plans submitted to Treasury in 2017, little progress with the project has been publicly reported since.

“Unfortunately, we have not received an update about the Gautrain connection either but we are optimistic that this project will hopefully be launched soon. The arrival of the Gautrain to Lanseria will give our passengers an efficient way of accessing the airport and this will be a very welcome initiative,” said Paarehwa.