Industry vehemently refutes claims of ‘lack of support’ by US traveller

Industry vehemently refutes claims of ‘lack of support’ by US traveller 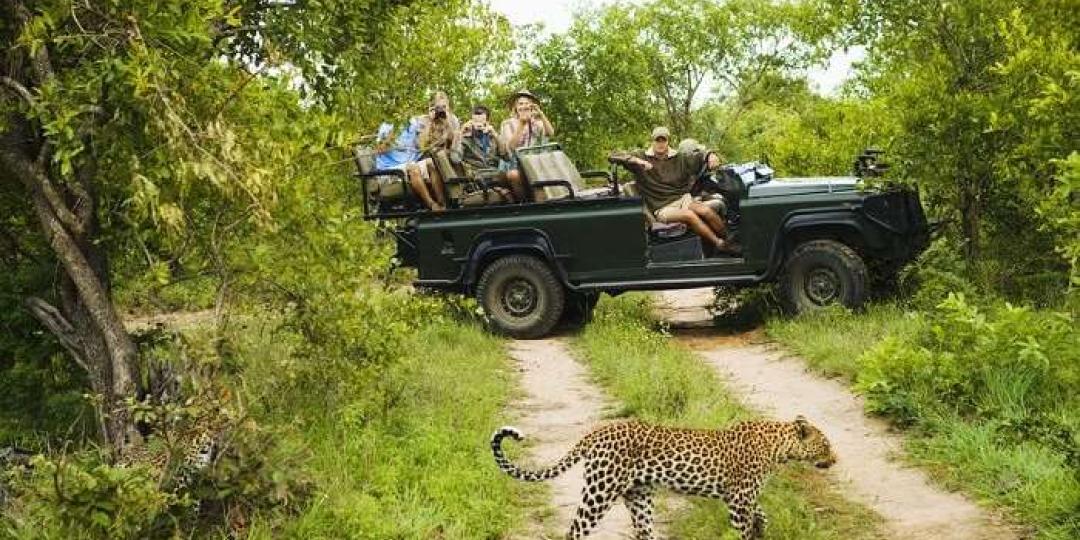 Tourism Update was inundated with calls, messages and comments following an unverified report in which frequent traveller to Africa, Tom Nolle (from New Jersey in the US), expressed  frustration at what he viewed as ‘a total lack of support’ from the tourism industry in the southern African region, particularly South Africa.

Nolle noted, amongst others, that he was not given assurances about current challenges affecting travel to the region (protests and vaccination roll-outs) and that he, at great expense, was having to find solutions to logistical challenges to his trips, which arose out of travel regulations and conditions changing.

Nolle would not disclose the name of the camps and operator and it was thus not possible to verify his statements. Tourism Update has since heard from the operator, who spoke off the record to provide his side of the narrative.

In the discussion the operator outlined all the measures taken to accommodate Nolle and meet his needs for information. He also said he had negotiated extensively with the suppliers, including the camps, to find the best possible solutions to the challenges.

Owner/MD of African Safari Guru, Matthew Grace, noted that, as a tour operator, his company worked entirely in line with all the lodges’ terms and conditions policies.

“As much as I would like to be more flexible, that is out of our hands. However, lodges/hotels and tour operators have been flexible under the general rule of COVID-19, allowing clients to continue to postpone,” he said.

He noted that some lodges/hotels had requested a small 6-8% increased surcharge for a postponement beyond two years.

Grace said he had already hosted five US travellers since March, pointing out that they had all given “great feedback”.

“They were panicky in the beginning but were really overwhelmed with how smoothly and quickly the PCR tests were conducted,” he said, adding that the lodges’ health and safety protocols had also been widely praised.

Grace said his company had made every attempt to keep all customers updated on the ever-changing requirements and local conditions by writing blogs and sending out regular newsletters.

“We've communicated and negotiated with suppliers, arranged postponements and refunds and PCR tests, and helped guests with itinerary changes where necessary, in most cases without penalties.

“We've done everything possible to limit losses for clients and suppliers alike and, in my experience, most suppliers – perhaps with the exception of certain airlines that went into business rescue – have bent over backwards to assist, and gone out of their way to allow customers to postpone without penalty, to arrange for PCR testing on site, and quickly put measures in place to comply with,” said Grace.

MD of Wild Wings Safaris, Onne Vegter, agreed with Grace: “I tip my hat to all the lodges who have waived cancellation fees, allowed free postponement, frozen their rates – in some cases for two years – refunded advance payments, adjusted check-in protocols and meal protocols to ensure the safety and health of each guest, and generally done incredible work to accommodate guests, agents, operators and DMCs during this very challenging time.

“And I tip my hat to every tour operator, DMC, travel agent and tour consultant who for 18 months have handled many fearful, worried and disappointed guests, reworked itineraries and travel dates, dealt daily with cancellations and refunds and postponements and bankrupt airlines and liquidated suppliers, and still treated every client with respect, courtesy, friendliness, professionalism and empathy.”

Vegter said his staff had had their share of “grumpy guests” who blamed everything on the operator and expected them to carry all the risk and all the loss (especially the ones who never purchased travel insurance). “In most cases I can honestly say they've won them over and minimised their losses. Those who postponed from 2020 and travelled this year have had an incredible time.

“The Southern African tourism industry has faced the mother of all storms and yet the commitment to customer satisfaction and providing incredible service has, in most cases, been exceptional,” he said.

One such Wild Wings guest was Scott Williams, who wrote: “We chose South Africa as a trip destination because we wanted to experience an African safari (we figured it was one of the safer trips we could take during the COVID pandemic) and because we would not be required to quarantine upon arrival, provided that we presented negative COVID PCR test results.

“Shortly before our trip, Johannesburg experienced a surge in COVID cases and (four days before we were set to depart) a lockdown was announced that involved a ban on leisure travel to or from Gauteng province.

“We were concerned, because we were planning on flying into Johannesburg before transiting to Kruger National Park. We contacted our tour operator, Wild Wings Safaris, immediately to see whether we’d need to postpone our trip and they responded a short time later and let us know that they’d investigated the matter and that our trip could go on as planned, as transit through Gauteng province was still possible.”

Williams added: “Although my wife and I are both vaccinated, we were a bit anxious about how well COVID protocol would be followed during the safari. However, once we arrived in South Africa, we were relieved to find that our tour guide and national park staff took COVID protocols very seriously.

“Our guide routinely conducted temperature checks and sanitised surfaces in shared spaces. Most importantly, our guide and our family wore face masks at all times (even though we spent the vast majority of the safari outside in an open-air vehicle). We appreciate Wild Wings Safaris for their commitment to safety and for help making our trip a smooth one, despite the pandemic and travel restrictions.”

‘Protect our reputation and integrity as a destination’

Another operator who strongly disagreed with Nolle’s view was Craig van Rooyen, Director of Tour D’Afrique. “Many of us, since the start of COVID-19, have spent so much time refunding clients and moving bookings at zero income to our business and we knew this had to be done as it was the right thing to do and to protect our reputation and integrity as a destination.”

He added that, while there might be some operators who did not follow that protocol, the   majority of the industry had. He also highlighted that the industry’s health and safety protocols were of the highest global standards.

Two other travellers, who used the pseudonyms Jack and Elizabeth spoke of their positive experience on a recent trip to South Africa.

This is their experience, in their own words:

“We spent six weeks exploring the beauty and culture in South Africa, and we booked a five-day safari for the middle of our trip (July 9 to July 13). Our travel consultant, Clare, was phenomenal! When we arrived in South Africa the country was on a Level 3 due to COVID. A week after we had been on our holiday, the country went into an adjusted Level 4 lockdown.

By this time, we were already in Cape Town (we flew into Johannesburg at the beginning of our trip), but we were scheduled to go back to Johannesburg to be picked up for our safari.

Level 4 meant that there were restrictions with leisure travel to and from Gauteng. Our travel consultant worked with us the day after the news was released and made arrangements for us to be collected for our safari near Kruger National Park so we did not have to drive back into Gauteng.

During our safari, we heard news that there was political unrest, looting, and rioting in two provinces. We had plans to travel to KwaZulu Natal to visit St Lucia. We had to change our plans since this province was one affected by rioting. Our travel consultant answered all of my questions in a very timely manner when I was working on adjusting our plans for after our safari. Many of the questions I asked had nothing to do with the safari I had booked but still, they took the time out of their schedules to help me make sure I would be safe with the changes I was making for the rest of our trip.

Two weeks after our safari I needed help planning to get my COVID test completed in order to travel back to the United States. I contacted the travel consultant and she gave me very detailed information on where we could get our COVID testing done.

The COVID protocols everywhere we went were impeccable and held to a very high standard. There were temperature checks, hand sanitising stations, social distancing, and everyone wore masks properly.

The customer service we received during every point in our trip was astounding. Throughout our trip, we stayed in Johannesburg, Kimberley, Beaufort West, Cape Town, L’Agulhas, Mossel Bay, Oudtshoorn, Bloemfontein, Ermelo, Malelane, and several rest camps within Kruger National Park.

At all of the hotels and guest houses/farms we stayed at, everyone was extremely kind, welcoming, and helpful. We followed the normal safety precautions we do every time we travel, regardless if it is domestic or international travel.”