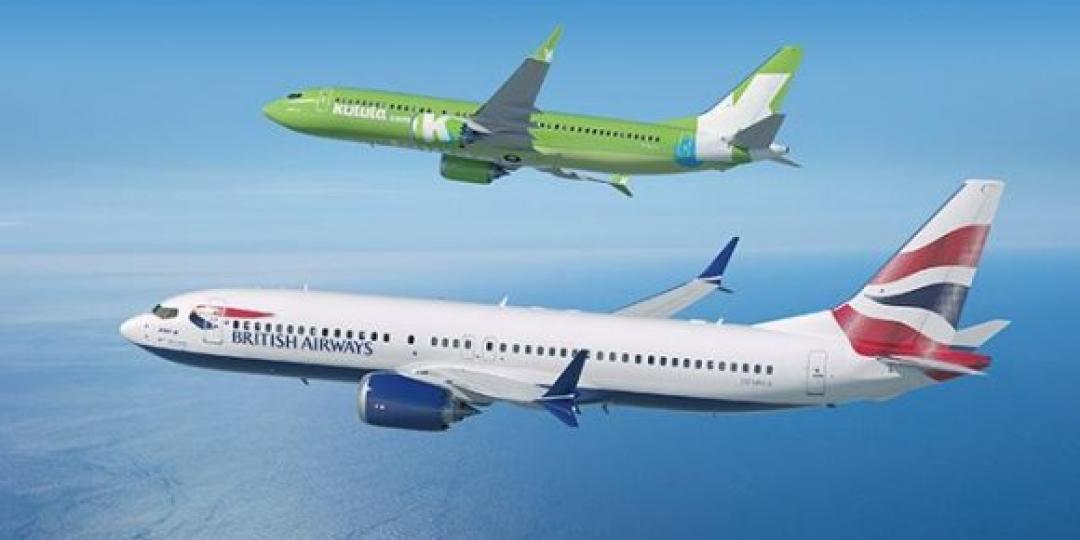 Comair is suspending all kulula.com and BA Comair flights for three weeks in light of the new adjusted level four lockdown regulations, which prohibit non-essential domestic travel in and out of Gauteng. The move is hot on the heels of a similar announcement of suspended July flights made by domestic airline, LIFT, also announced this week.

“Flights will be suspended from Monday, July 5, and Comair aims to recommence services from July 30, subject to regulations being eased and COVID-19 infection rates, particularly in Gauteng, being contained,” said a media release. Comair CEO, Glenn Orsmond, apologised to affected customers saying that the flight suspension had been a difficult decision to make but that Comair believed that it was the right course of action under the current circumstances.

Executive Manager: Sales, Marketing and Distribution for Comair, Brian Kitchin, told Tourism Update that demand had fallen off a cliff following Sunday’s announcement that the country was moving to adjusted level four. He said that it simply was not viable for Comair to fly with empty aircraft.

“We have received a massive amount of school holiday cancellations this week with the ban on domestic leisure travel in and out of Gauteng. Corporate travel has also plummeted with demand only at about 30% of 2019 levels. Even though the regulations do permit business travel, corporates are concerned by infection numbers and are sending out notifications advising their staff to stay at home,” said Kitchin.

Although the level four regulations are only expected to be in effect for a 14-day period, Comair has suspended flights until July 30. Kitchin explained that this was because current infection rates indicated that government may extend regulations beyond the initial two-week period. He said Comair also did not anticipate a flurry of bookings for the end of July while the existing regulations were still in place.

Responding to rumours that Comair was reducing its fleet, Kitchin said it was important for the airline to ensure that its fleet size and schedules matched existing demand. “The recovery of the market is very dependent on vaccine roll-outs and the recovery of the international market. At the point when we see demand improving it will be very easy to grow our fleet again,” said Kitchin. He added that Comair did not anticipate that the reduction in its fleet would impact any of its routes, saying that schedules would be affected rather than routes.

Any kulula.com customer holding a valid ticket booked for travel between June 28 and July 29 will be able to utilise their ticket within 12 months from the first date of travel without penalty. No change fee, booking fee or fare difference will be charged.

The British Airways ‘Book with Confidence’ policy will apply to all customers holding a valid ticket with BA Comair.

Meanwhile, FlySafair has confirmed that it will continue operating flights this month, within the limits of the current curfew. “While we have had to make some adjustments to our schedule to meet new curfew limitations and a lower demand environment, the carrier is committed to continue operations at a time when several other airlines have decided to remain grounded. FlySafair would like to remind passengers that under alert level four, travel to Gauteng for recreational or leisure purposes is not permitted. People may, however, travel for business or other reasons as permitted.

Airlink too, will not suspend flights, said a media release. The carrier has adjusted its schedule of certain flights so that its customers can comply with the revised curfew with minimal disruption to their travel plans. “We fully support the South African Government’s effort to flatten the infection curve, as the safety and well-being of our customers, crew and staff is our priority.  However, together with our service providers, the airports at which Airlink operates, and our customers, we have demonstrated that, by applying stringent local and internationally recommended  hygiene and biosecurity measures, our flights are safe,” said Airlink MD and CEO, Rodger Foster.

“At this time when business and economies are fragile, it is crucial that we continue to provide convenient and efficient air connectivity,” added Foster.

While inter-provincial travel for leisure to and from Gauteng is prohibited, travel is permitted for business and essential purposes. Transiting through Gauteng to a final destination outside of the province is also permitted.

Airlink adds that travellers flying to or from Gauteng for business or essential purposes should download and complete the relevant permits on https://www.flyairlink.com/covid-19-travel-updates#latestcovid19updates as they may be required to present them to law enforcement or Port Health officials.