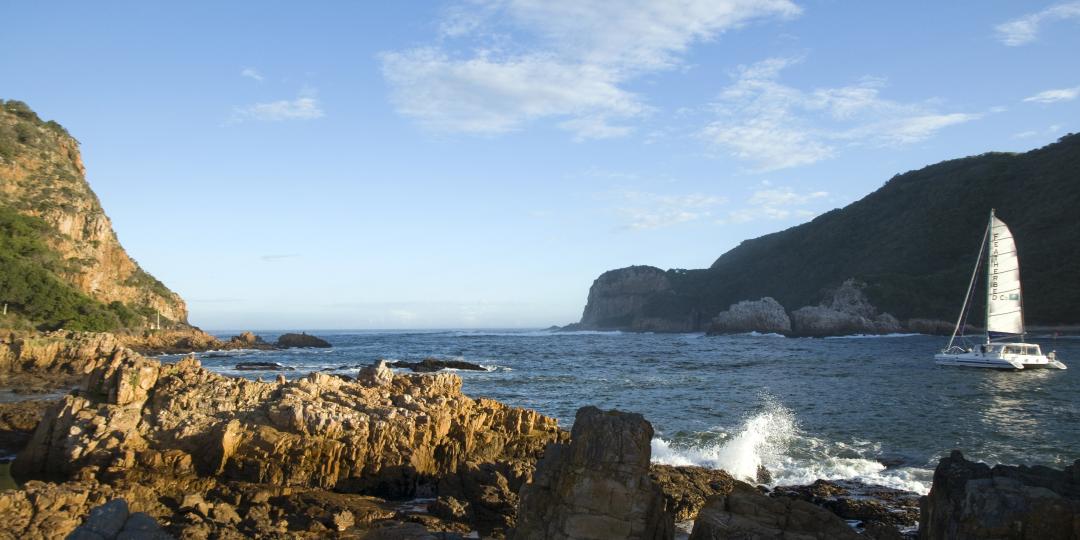 A boat going out to the Knysna heads Source: SA Tourism
Comments | 0

Tourism, trade and investment agency for the Western Cape, Wesgro, has partnered with the Knysna municipality to run a pilot project with the local tourism organisation, Visit Knysna.

The Wesgro team will be working with the organisation to seek synergies and drive efficiencies, which is a key objective for Margie Whitehouse, who officially starts her new position as Chief Tourism Officer at Wesgro in March, although she is already getting down to business.

Tourism Update spoke to her on Tuesday, after her meeting with the Knysna municipality. Whitehouse says having worked at a national level at SA Tourism, and now working at the provincial organisation, she is well-placed to forge collaborations.

In her new role, Whitehouse will be responsible for leisure tourism as well as the convention bureau.

She is well known in the South African tourism industry after more than three years as Chief Marketing Officer at SA Tourism. She joined, the organisation in March 2015 and unveiled both the ‘Five in Five’ strategy (2016) the ‘We Do Tourism’ campaign (2017) during her tenure.

The former was aimed at growing tourism arrivals by five million over a period of five years and the latter at getting South Africans to acknowledge the importance of tourism and do their part to grow the industry.

Whitehouse has spent her career in various marketing roles and holds a Degree in Bachelor of Business Science (Honours Marketing) from the University of Cape Town and has worked in the public and private sectors, working with brands such as Nando's, Investec, MTN and Moyo.

She worked with the Department of Trade and Industry, helping to set up its marketing environment and has worked as a non-executive director on numerous boards, including SAA.

In the interim, Whitehouse has been working on the Red Sea Development Project in the Middle East, a new development the size of Belgium. Whitehouse was tasked with positioning the development and putting together a marketing strategy.

Whitehouse says while the project was very exciting, it involved a lot of travelling and she would have needed to relocate, so she jumped at the opportunity to work with Wesgro.

“My heart belongs to SA and I have a passion for this country and doing what I can do,” she says. She adds that she is excited to work with the Wesgro. “It’s a lovely team at Wesgro. I really enjoy their energy and their passion.”