The Wanderer. A truly wild lion

The Wanderer. A truly wild lion 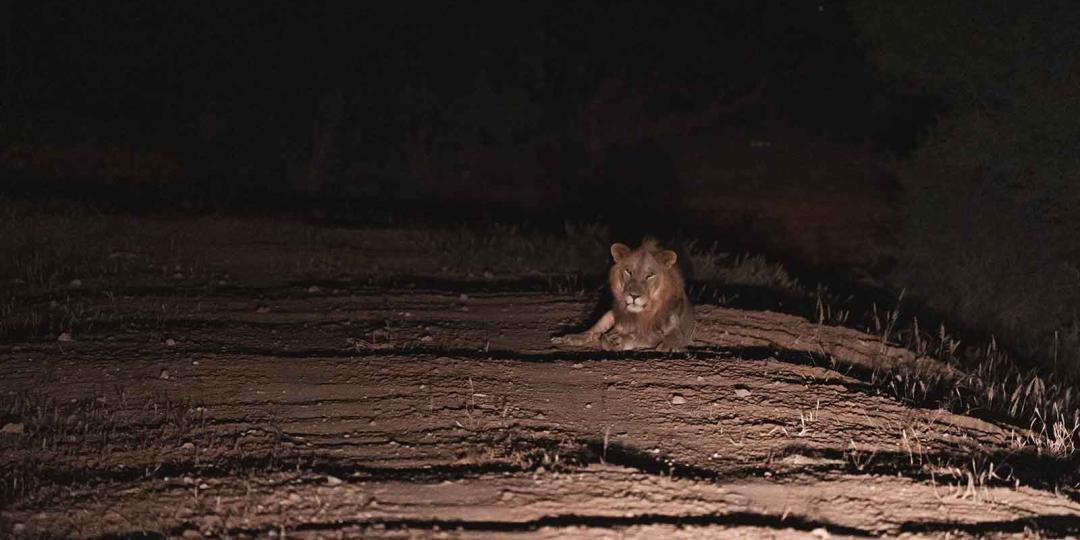 A lone male lion finds his territory at Ohorongo

All male lions that live to maturity have to become warlords or wanderers. Either they maintain their territory by fighting for it, or they flee in search of new horizons, open spaces and, ultimately, their own kingdom.

Ohorongo’s 40 000-hectare tract of wilderness stretches between the lion territories of Etosha National Park in the north-east and Damaraland in the west. There are long distances to travel between the two, crossing the no man’s land somewhere in the middle. A lion that ventures out on his own can only be a wanderer in a nomadic phase of life, and the chances of seeing him are slim.

But resident photographer, Devin Trull, who is roaming the ridges and valleys of Ohorongo, recently laid eyes on a lone male lion that has been leaving traces of his quiet existence in the reserve for weeks. It’s been a journey of careful tracking, endless patience and, now, sweet reward.

It took us 10 days of following tracks belonging to this lion before we first caught a glimpse of him. We roamed the reserve in a vehicle and traced clues on foot, until eventually in the black of night, we saw him for the first time. He looks like a young male – a wanderer – somewhere far from home. We can assume, from what we understand about lion behaviour, that he was kicked out of his natal pride by the existent dominant males – one of which is likely to have been his father.

Either he would have had to stay and fight, or he could take his chances on his own in the great expanse of north-western Namibia.

And this is where we found him.

Another two to three weeks went by before we saw him again, all the while keeping this lone male lion in the back of our minds. Dev had noticed that he was missing the tip of his tail – an instant identifier and an indicator of possible past conflict or injury.

In early May, we heard him calling during our sundowners in the bush. He sounded far away, and we assumed he was roaming the mountains somewhere in the distance. What we could not have expected was to bump into him on our way back to camp… But, as we rounded a corner, he appeared in our headlights, approaching the dam for a drink. We had stumbled upon our second sighting of this enigmatic male lion – alone and in the dark – navigating the colossal kingdom of Ohorongo.

More motivated than ever in the days following this sighting, Dev kept an eye on this lion’s tracks, and finally we reaped the ultimate reward.

Just near a waterhole, we found him feasting on a freshly killed Mountain zebra, which bore deep scratch marks on its rump, telling the story we had missed by not more than 15 minutes. It was clear that the unsuspecting zebra had approached the waterhole for a drink and was ambushed by this powerful animal and attacked from behind. Now that the lion had food, we knew there was a good chance he’d stick around.

Over the following five days, we returned over and over again to watch the wanderer in various phases of feast and sleep. A rare privilege in the harsh environment of Namibia, where lion populations occur in pockets of sufficient food and water. This lion must have covered around 200km to get here, and he is a truly wild and free-roaming animal that we are lucky enough to see, and now spend time with.

It has been a wild goose chase, and we can’t wait to see what is in store for this roaming lion of Ohorongo! 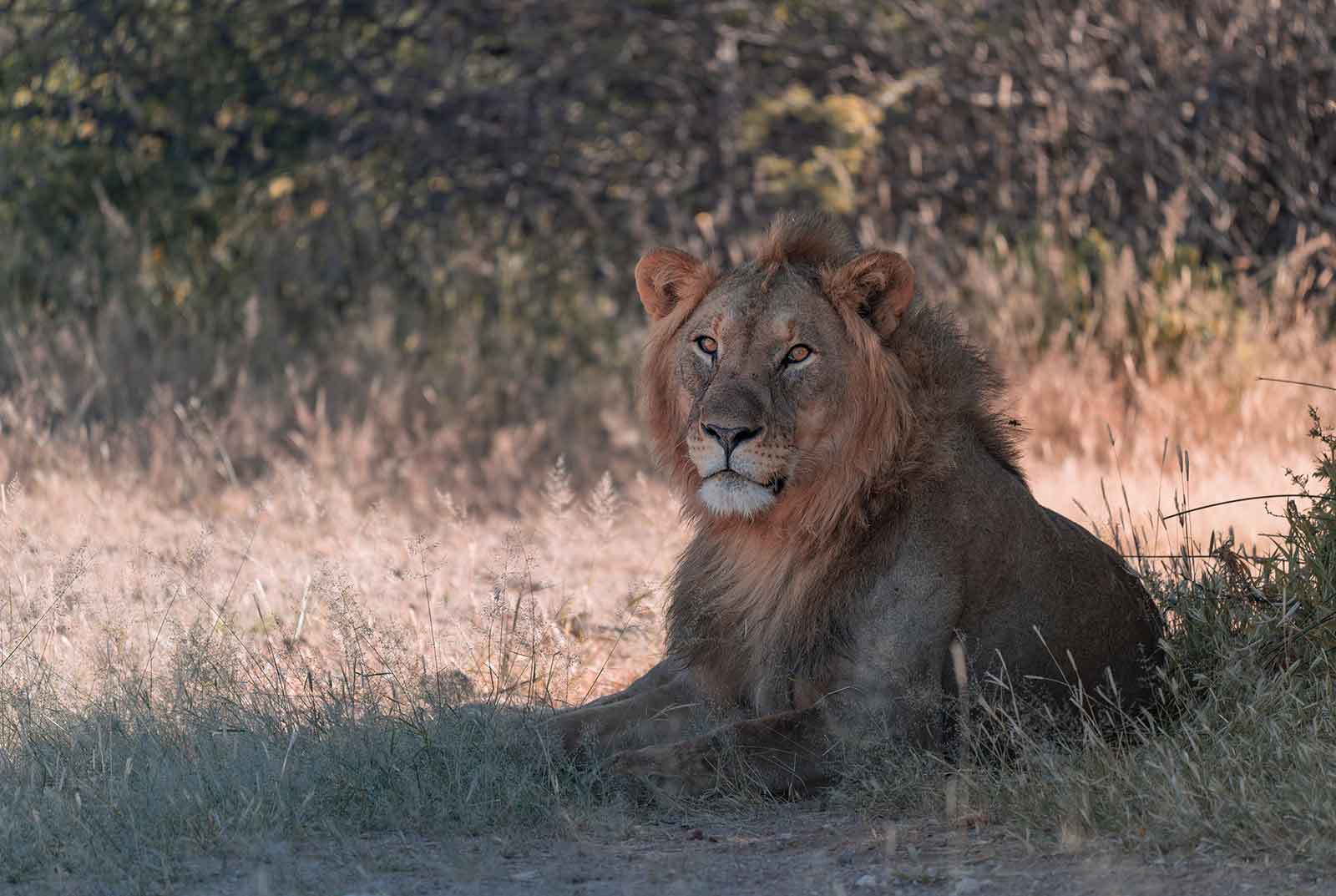