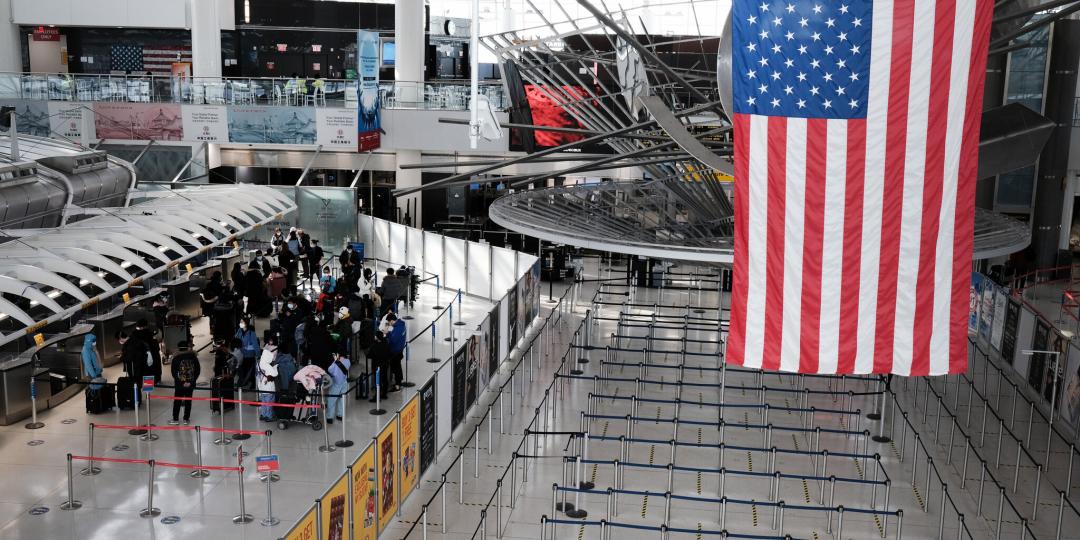 With new flights on the horizon, an overhaul of traditional seasonality and improved traveller confidence, the future for Africa's travel and tourism industry is looking up. This is in part thanks to American travellers, which African tourism has highlighted as one of the top-three source markets leading the continent's recovery.

During a presentation at WTM Africa at the beginning of April, Luis Millan, head of research at ForwardKeys, explained that African tourism was driven mainly by long-haul travel, listing the source markets currently leading the recovery as France, the US and the UK.

For South Africa specifically, Millan pointed out that there had been a marked increase in interest from US travellers wanting to visit the country. Flight searches from the US for South Africa increased significantly between January and February. “By identifying travel trends in real time, destinations can identify incredible opportunities,” said Millan.

Delta Air Lines certainly tapped into the available opportunities. The airline announced it would start flying to Cape Town soon after its application to fly between Atlanta and Cape Town via Johannesburg was finally approved this month by South Africa's government following two years of delays.

The airline, in collaboration with Africa travel expert, Giltedge, recently hosted US trade partners on an exclusive ‘Relaunch South Africa’ itinerary. The familiarisation trip was created in direct response to US travellers' increasing demand and interest in booking vacations to South Africa. According to Giltedge Co-owner and Director, Murray Gardiner, the US is currently positioned to be South Africa's leading inbound international market for 2022, with even more growth on the horizon.

The news of Delta's new flight is the first sign of that growth, according to Giltedge's other Co-owner and Director, Sean Kritzinger. "This is an important decision for Southern Africa tourism numbers, job creation and righting the balance after two years of COVID and the resulting drop in numbers. We are seeing massive demand from the USA for our destinations, due to diversity of wildlife, natural beauty, incredible lodges and hotels and related service, world-class cuisine and, of course, wines at a fraction of the price of our competing countries. Well done, Delta Air Lines!"

Marcelo Novais, GM North America at Ker & Downey Africa, added that the convenience of not needing to connect via different airports or stay overnight in other destinations minimised travel time, which was especially attractive for US travellers wanting to visit South Africa.

Delta will join United in offering a non-stop service to Cape Town (the carrier has for years offered service to Johannesburg). United operates a non-stop service between Newark and Cape Town three times a week and also flies five times weekly between Newark and Johannesburg. The airline has also reportedly applied for direct flights between Washington Dulles and Cape Town, a service it hopes to launch in November.

"With both United Airlines and Delta offering direct flights from different regions in the US it is clear that there is a very high demand for these routes, and we are seeing more and more US travellers in Cape Town all year round," said Novais.

Onne Vegter, MD of Wild Wings Safaris, agreed, saying that the approval of the new route by Delta would immediately show dividends in terms of US arrivals and tourism spend. "It is likely to encourage more US travellers to combine an African safari with other top local destinations such as Cape Town and the Garden Route. The US remains one of our most important and highest-spending source markets, and easy air access is critical to maximise the potential of this key market. The timing is perfect, as we have seen a strong increase in demand from the US market over the last month or two."

An end to low-season issues?

According to Vegter, the approval of the Delta route might also help overcome some of the seasonality challenges faced by coastal destinations, which peak over summer. "Safari destinations such as the greater Kruger National Park, Madikwe, Kgalagadi and elsewhere are most popular during the dry winter months, which is low season for the Western Cape and Garden Route. Combining destinations with different seasons on the same itinerary is the best way to combat seasonality, and we expect to see more of that happening."

Vegter pointed out that the traditional low season (with lower pricing) is getting shorter and shorter. "This is why there is honestly no ‘best time’ to visit South Africa for a US traveller. South Africa is an all-year destination. In summer, there is excellent birding, wine tasting, beach weather, kite surfing, baby animals and lush green vegetation in our Lowveld game reserves. In winter, there is excellent game viewing up north during the dry season; good whale watching and shark-cage diving; and a chance to experience Cape Town without the crowds."