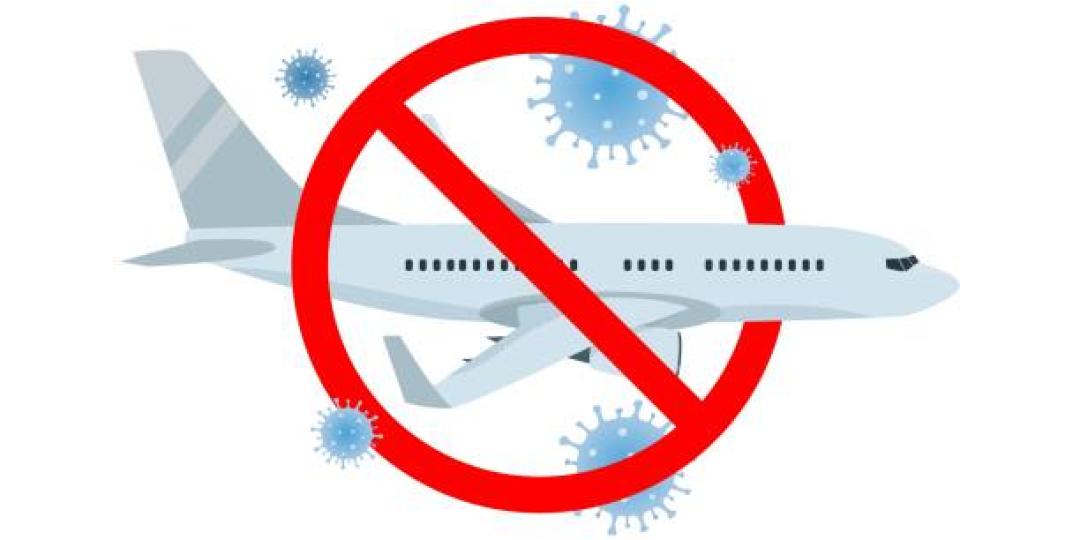 Bahrain, Belgium, Croatia, France, Malta, and Hong Kong are reportedly the latest to restrict travel to the region. Further details on restrictions from these countries are expected to be announced soon.

The Phillippines has suspended all inbound flights from South Africa, Botswana and all countries with cases or with the likelihood of occurrences of the new variant.

This is effective immediately, until December 15.

There is now a travel ban on South Africans heading to Mauritius, with immediate effect and it is expected to last for the next two weeks.

Seychelles has announced that from Saturday November 27, until further notice, visitors from South Africa, Botswana, Eswatini, Lesotho, Mozambique, Namibia and Zimbabwe will not be permitted to enter Seychelles.

In accordance with a directive issued by the Dubai COVID-19 Command and Control Centre, inbound and transit passengers operation from any points located in South Africa, Botswana, Eswatini, Lesotho, Mozambique, Namibia and Zimbabwe to the airports in the Emirate of Dubai are suspended with effect from 00h01 Monday, November 29, until further notice.

Flights from Southern Africa to The Netherlands are banned due to concerns about the new coronavirus variant, said the country’s Health Minister, Hugo de Jonge.

The countries involved – Botswana, Swaziland, Lesotho, Namibia, Zimbabwe, and South Africa – will also be added to the list of very high-risk countries. Passengers on flights that are still en-route from the region will be tested at Schiphol International Airport and must then be quarantined.

Austria has issued an entry ban on flights from South Africa as the World Health Organisation (WHO) investigates a new variant of Covid-19.

Austrian citizens returning from South Africa are still allowed to enter Austria but have to provide a PCR test result on entry, register with the authorities and quarantine for ten days.

Austrian Health Minister, Wolfgang Mückstein, announced on Twitter that the flight ban will come into effect from midnight on Friday and will apply to South Africa, Lesotho, Botswana, Zimbabwe, Mozambique, Namibia and Eswatini.

The European Union said it will propose to halt air travel from southern Africa over growing concern about a new Covid-19 variant that is spreading there, as the UK said it will also temporarily ban flights from the region.

The bloc "will propose, in close coordination with Member States, to activate the emergency brake to stop air travel from the southern African region due to the variant of concern," European Commission President Ursula Von der Leyen said in a tweet.

Germany has declared South Africa a virus variant area after the detection of a new Covid-19 variant there, a health ministry source said. The decision, which will come into effect from tonight, will mean airlines will be allowed to fly only Germans to Germany from South Africa, according to the Reuters source.

Returning Germans, even those who are vaccinated, will then have to spend 14 days in quarantine.

Italy has also imposed an entry ban on people who have visited a group of southern African states in the last 14 days. Reuters reported that Italian Health Minister Roberto Speranza has signed an executive order banning entry by people who have visited South Africa Lesotho, Botswana, Zimbabwe, Mozambique, Namibia and Eswatini in the last fortnight.

“Our scientists are studying the new B.1.1.529 variant. In the meantime, we will adopt the greatest possible caution,” Speranza said.

The Czech Republic has banned travel from South Africa and other southern African countries to prevent the spread of the new coronavirus variant.

The ban which will take effect on Saturday, applies for third country citizens who spent more than 12 hours in the past two weeks in South Africa, Namibia, Lesotho, Eswatini, Zimbabwe, Botswana, Mozambique and Zambia.

Singapore announced that it too would restrict visitors with a travel history to Botswana, Eswatini, Lesotho, Mozambique, Namibia, South Africa, or Zimbabwe within the last 14 days. This ban, which comes into effect at midnight on Saturday, includes transiting through Singapore.

Singapore citizens and permanent residents will be allowed to return from South Africa, now classified as a Category IV country, but will be required to spend 10 days in quarantine.

Japan said that it would move to tighten its borders following news of the B.1.1.529 variant. Exact details of this ban and when it will come into effect are, at this stage, still unknown.