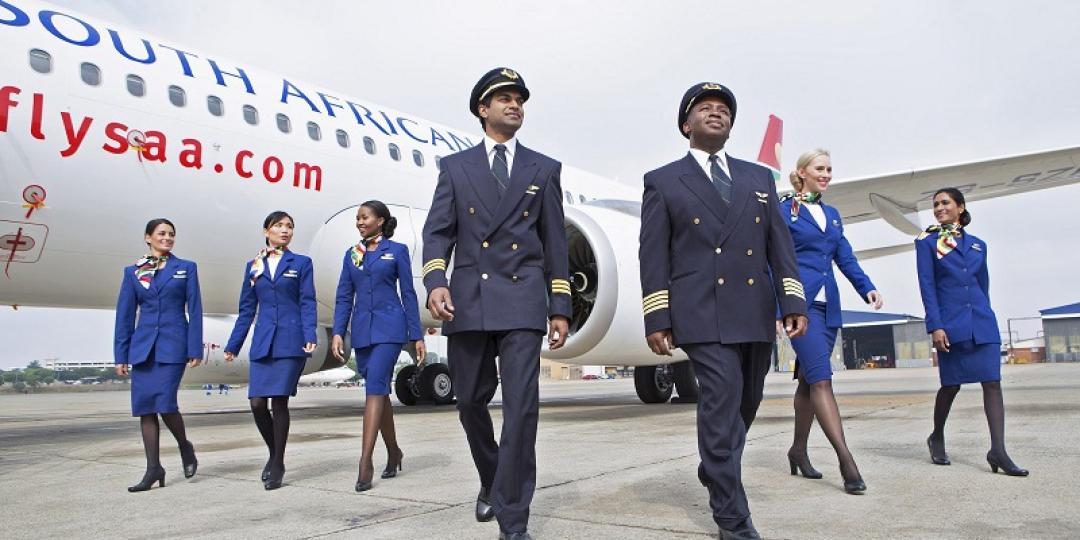 The travel industry has reacted with scepticism to SAA’s rescue going ahead and to the airline’s prospects of operating profitably in future, without interference from Government.

SAA’s business rescue plan got the green light on Tuesday after all conditions set by the business rescue practitioners were met. This comes despite continued uncertainty over the source of the R10.1bn (€508m) in restart capital needed, whilst South Africa has to borrow R70bn (€3.5bn) from the International Monetary Fund to survive the economic impact of the COVID-19 crisis. It also comes as Iata revised its five-year outlook for the airline industry, expecting recovery to be delayed by at least one year to 2024.

Travel and tourism industry members took to social media to vent their frustration that the national carrier would be allowed to take to the skies again, most likely at the expense of taxpayers, while the rest of the industry remained in a dire financial state because of the enforced COVID-19 travel ban.

Meanwhile, TBCSA CEO, Tshifhiwa Tshivhengwa, told Tourism Update’s sister publication, Travel News, that SAA must prioritise refunds to travel agents, tour operators and passengers to regain the industry’s goodwill and rebuild its relationship with the trade. “We are the ones who book the seats. If they don’t prioritise us, the airline will end up with an industry that neither trusts nor supports them,” he warned.

XL Travel CEO, Marco Ciochetti, said: “As an industry we had no say as we represented less than 5% of the total vote. We have no idea what the business plan looks like other than reductions in costs. How long will it take for SAA to be profitable? I am not convinced that we will see a profitable SAA in the near future.”

Travelstart founder Stephan Ekbergh said: “It’s a tragedy, throwing good money after bad. In a few years’ time, we will have the same problem again. Government now needs to create big inspiring projects to create hope in this country again. They should put the money into energy, water, education and housing.”

Travel Counsellors SA GM, Mladen Lukic, said: “I think the big positive is that this very long and painful process has come to an end. Now we are looking to operational specifics of the plan on how SAA will be reintroduced and revived. The implementation of this plan and its efficiency will determine if this outcome was worth the effort and sacrifice.”

Airlink CEO and MD, Rodger Foster, said SAA’s creditors, some of which had had long-standing mutually beneficial relationships with SAA, had been badly compromised in the business rescue process. “Arguably there were options for SAA’s recapitalisation that were ethical and would have had better long-term benefits that follow from professionalism and integrity. However, what’s done is done and SAA is probably being inundated with prospective new creditor relationships that will facilitate its return to business. We wish the new SAA every success on its relaunch. It will be entering an extremely tough, fiercely contested market that is a fraction of the pre-COVID market, and we think that SAA may have to temper its expectations, which we believe are grossly over- optimistic in the circumstances of the new market.”

Aasa CEO Chris Zweigenthal was pleased there would now be direction on the way forward, dealing with creditors’ interests, the need to look after the employees, and passengers’ interests.

The implementation of the plan has ended an eight-month business rescue process that started on December 5. It follows repeated delays in the publication of the BRP, which was eventually published on June 16, but amended again on July 14.

The process was marked by a stand-off between the BRPs and Public Enterprises Minister Pravin Gordhan, who criticised the plan as inadequate and embarked on separate negotiations with trade unions resulting in a labour compact that will see 1 000 jobs saved and another 1 000 staff placed on a 12-month training lay-off scheme.

The rescue plan also met with political opposition; court cases instituted by labour and former franchise partner Airlink; and heated discussions in the country about the ethics of saving the flag carrier while an entire tourism industry is desperate for Government support. The process also revealed divided opinions in Government over the viability of the airline. Finance Minister Tito Mboweni has repeatedly refused to bail out SAA again, but the Cabinet and President Cyril Ramaphosa have backed Public Enterprises Minister Pravin Gordhan’s determined efforts to drive the process forward.