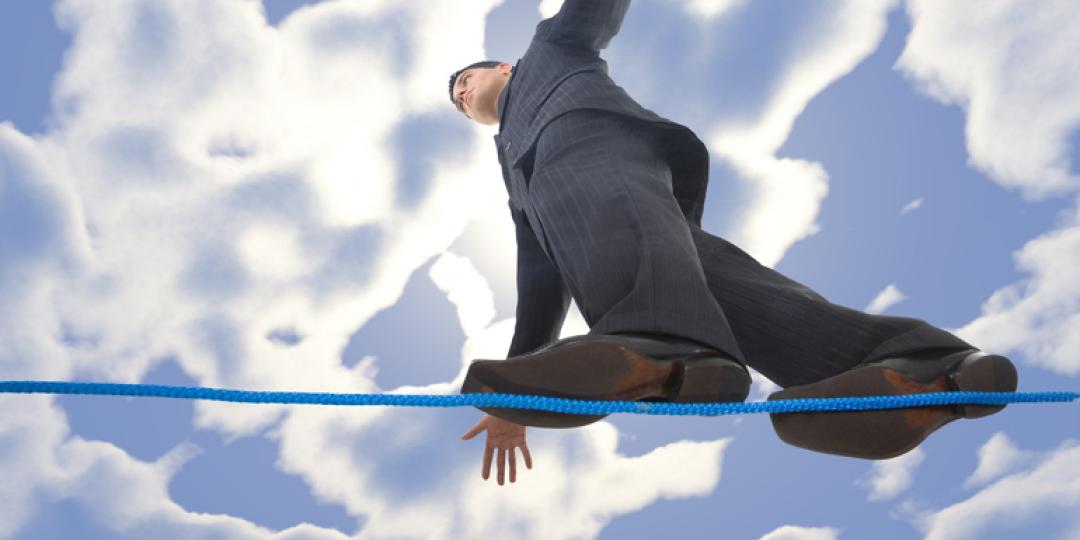 VARIOUS tourism workers and businesses have appealed to insurance companies and financial institutions for leniency on insurance premiums and loan repayments during the pandemic. But the Financial Sector Conduct Authority (FSCA) has said last week that service providers cannot be expected to extend special COVID-19 policy benefits indefinitely.

The FSCA was responding to questions about a recent incident involving FMI, a life insurance company, which extended a freeze cover policy benefit to tourism entrepreneur Rudolph ‘Rudi’ Wagenaar.

Wagenaar appealed to the FSCA for intervention before April, when a six-month extension on his premium holiday was due to lapse.

An experienced travel industry marketer, Wagenaar is one of many tourism professionals sidelined by the pandemic. He had already been offered a six-month stay on premiums because of COVID and lockdown when FMI offered the benefit to its members last year.

He says, while workers are waiting for the inbound sector to restart, premiums and loan repayments are piling up. Wagenaar appealed to others in the industry facing a similar outlook to ask for help from their service providers.

“We are being guided by our insurance brokers, but they don’t specialise in the tourism industry. FMI sent a blanket e-mail to say my freeze cover would lapse. But my industry was not operational yet. I didn’t just leave it.”

After first approaching the FSCA, Wagenaar contacted FMI through his insurance broker to request special dispensation that would delay his monthly insurance premium payment schedule. He had also appealed to SATSA, asking for a letter of motivation that he thought would help to prove the plight of the tourism sector.

“I was not yet back on my feet,” Wagenaar said. However, to his surprise, FMI granted his request without delay.

FMI Chief Distribution Officer, Steve Piper,said the company had made the call to freeze cover for three to six months early on and notified 2 500 brokers countrywide of the change. “We had massive uptake. Thousands upon thousands of policyholders,” said Piper. “What I was worried about is that these [pauses] would be delayed lapses. The fact is, COVID has made people more aware; 96% of people are more aware of the need to protect their income, which we felt was unbelievable.”

Piper said a second wave of extensions was granted in February, and that ad-hoc requests would still be considered.

While FMI was also considering keeping the freeze cover benefit as part of its standard offering, Piper noted, well over 90% of policyholders who accepted the offer to delay repayments had come back under cover.

Intervention needed at a higher level

Piper said it was up to each insurance company whether to allow for this type of benefit. Although he believes chances are slim it will become standard practice in the insurance industry. “What is a good idea is to build this benefit in from the start and charge, say, an extra R30 (€1.74). I don’t think the FSCA has the clout to push or enforce this with other insurers. [However,] I do think that we need to identify high-risk industries, like tourism, the obvious ones that have taken strain and make some concessions. Or, get the government to push downwards on service providers.”

SATSA Chief Operating Officer Hannelie du Toit, said the association was talking to the banking association for relief via the Tourism Business Council of South Africa and the National Department of Tourism.

SATSA had also partnered with COBRA, which offered legal assistance with creditors and a range of other services, she said. “I have helped a few individuals with letters as well,” Du Toit revealed.

Premium holidays – what the FSCA says

Kedibone Dikokwe, Divisional Executive: Conduct of Business Supervision at the FSCA, highlighted unintended consequences and knock-on effects when grace periods were extended beyond what each insurer could manage.

“During the pandemic, some insurers decided to grant premium holidays and they engaged with our office to ensure that their conduct fell within the regulatory parameters. This could, however, not be allowed for all types of policies across the board, but was affected by various factors including, the insurer’s solvency, risk appetite, type of policy – i.e. risk policy, investment policy etc. – and design of the system on which the policy is being administered.

“This step was taken to assist policyholders, but would inevitably have to reach an end (the concession cannot be for an indefinite period) because insurers must remain solvent to be able to pay valid claims.”

Concerning unintended consequences, Dikokwe explained: “An example would be the impact on commission payments to intermediaries, especially where the commission was paid upfront. There is a legislative obligation on the insurer to claw back commission should premiums not be paid.

“The basic principle of insurance remains to be that premium must be received in exchange for the insurance cover.”

As to whether the FSCA had any intention to push for wider industry adoption of freeze cover benefits, Dikokwe said talks were under way at government level, but identified a few challenges.

“The FSCA and the Prudential Authority (PA) have been very involved in discussions with regard to the protection of policyholders with insurers and other stakeholders such as National Treasury during this pandemic. As part of protecting policyholders, the two Regulators must also ensure financial stability. Providing ‘free’ cover for prolonged periods might prove challenging as this must be balanced with financial stability.

“As much as the two Regulators engaged in dialogue with industry on the broader concept of protection for policyholders, the FSCA is in no position to direct industry to continue to provide premium holidays indefinitely.”

Wagenaar is currently working on a new venture, Handshake SA, a digital job reference tool that he and a business partner have developed to help other South Africans get back to work. Users can use the tool to record and share live references, and the solution is currently in its final phase of testing.

Wagenaar has close to five more months before his policy payments will be due again. “People just need to ask,” he told others who find themselves in a similar position.

“Travel to Africa will bounce back, but how awesome would it be if banks acknowledged that our sector has suffered? If they said: ‘We see your pain, restaurant, airline, tourism business, cruise company…’

“We don’t want to lose other industry skills. Operators have vehicles on hire purchase. If there was only another channel they could follow or a way to explain that the vehicle is for the tourism industry,” Wagenaar concluded.