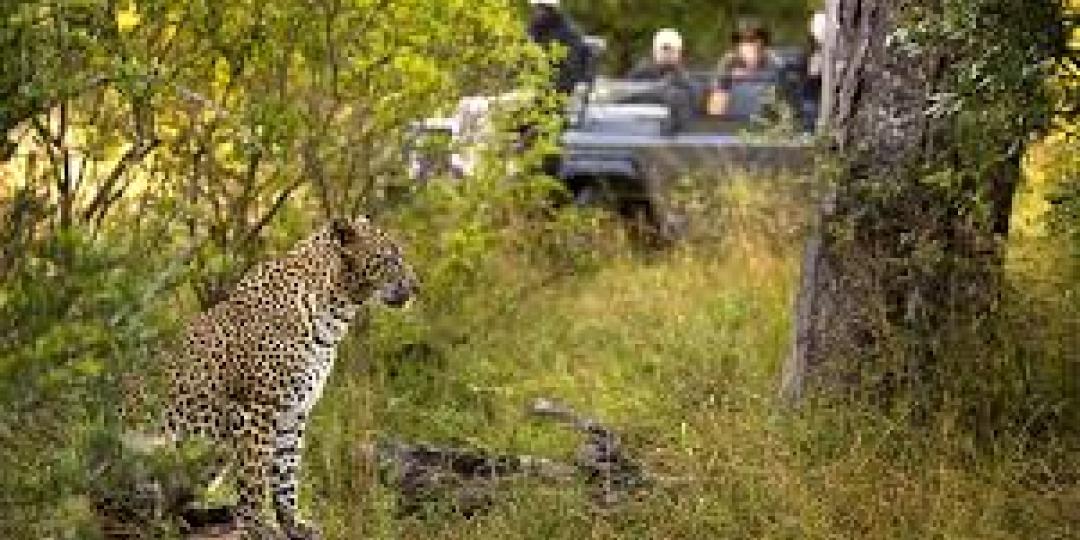 Sabi Sands Game Reserve is a popular safari destination among US travellers.
Comments | 0

Announcements that the US has moved South Africa down to Level 3 and that it will open borders from November 8 to fully vaccinated travellers only bodes well for market recovery.

This is according to Sense of Africa, South Africa Chief Operating Officer, Martin Botha. He told Tourism Update the North American market would likely pick up for travel in April to October 2022, with the booking season peaking in January and February 2022 once consumers were comfortable that the current waves of COVID-19 had subsided.

Jimmy Eichelgruen, Delta Air Lines Director of Sales for Africa, Middle East and India, said the airline applauded the US government’s decision to reopen to international travellers, including those from SA.

“There is a huge amount of pent-up leisure demand from families and friends who have been kept apart for the past 20 months. Presently we have a good mix of niche leisure market travellers and a growing number of corporate travellers from smaller companies.”

He said leisure demand would continue to grow rapidly as a primary driver of bookings, particularly as the holiday season approached, but as corporates returned to the office, this sector would accelerate into 2022.

“We have been operating our non-stop Johannesburg-Atlanta service three times a week since August,” he said. “This will rise to five times a week in December to meet the increased demand for travel over the season.”

Eichelgruen said, based on the pent-up demand for travel between SA and the US, the airline remained confident the market would recover fully.

Sense of Africa, South Africa Market Manager for North America, Andrea Schaffner, said the team had successfully postponed over 90% of FIT 2020 bookings into late 2021 and 2022.

“This has been a very successful undertaking for us. We did have postponements to 2021 where the passengers travelled in recent months and we are now experiencing last-minute requests for October and November 2021. The year ahead is a good mixture of postponed and new bookings, many coming in for the typical North America high season.”

Schaffner said North American tour operators were sending through at least five new booking enquiries per week per agent for 2022. “North Americans have pent-up holiday funds they want to spend. We’ve also seen increased demand for adhoc group travel, and clients who have not had enquiries for southern Africa for a few years have reported renewed interest.”

She confirmed that ad hoc groups were coming in to SA as early as February 2022, with deposits paid. “These vary from post-cruise groups who have booked out an entire luxury lodge in the Sabi Sands Game Reserve for three nights on an exclusive basis, to milestone birthday celebrations and bucket-list trips to Africa. Groups are mostly small groups of friends travelling together and wanting exclusive high-end experiences.”

She said the IGLTA market was also picking up nicely and a group was travelling as early as June 2022.

Alan Feldstein, Owner of Infinite Safari Adventures, said Americans were definitely returning to SA. “I recently brought ten clients, including many veterinarians, on a unique safari to Marataba Safari Lodge and Madikwe Safari Lodge through Sense of Africa to learn about the issues surrounding conservation and managing wildlife. Their safari included herding and corralling impala, relocating Cape buffalo and darting and collaring three rhino. My guests and I were impressed by how easy it was to enter SA, how seriously the people of SA took masking and sanitising as well as how convenient it was to get tested to get back into the US.”

Schaffner felt there was sufficient airline capacity to support further recovery of the North American market. “Key airlines such as United Airlines, Delta Air Lines, Emirates and Qatar are all on offer, plus with the UK and European carriers increasing capacity, this also allows for North American connections into southern Africa.”

Bob Schumacher, United Airlines Regional Director Sales, agreed that recovery of the North American market was taking root and whilst there were always likely to be bumps in the road – such as the Delta variant – the airline had been rebuilding the domestic network and capacity to ‘not-far-off-2019 levels’.

“As borders open, the international network is now following the same path. United announced plans to increase international capacity by 10% in 2022, while keeping domestic capacity flat to 2019.”

He added: “We continue to build our footprint in Africa and South Africa has been, with Cape Town and, more recently Johannesburg, at the forefront of this. We are very encouraged by the performance of these routes as well as our new service to Washington D.C. from Ghana and look forward to the upcoming inauguration of our Lagos service to our hub at Washington Dulles.”

The industry needed to work together to rebuild the confidence of travellers, he encouraged, to move forward out of the pandemic.

The biggest obstacle to growth from the North American market going into 2022 Schaffner believed was – surprisingly – a lack of availability. “This is due to so many provisional bookings being held from all our markets in 2022. Many clients are holding groups and FITs in the pipeline and the industry cannot be sure if all these provisional bookings will confirm to travel.”

Terms and conditions remained a top priority for travellers, especially the ability to remain flexible to the last minute, she said. “With COVID-19 waves still expected and the need for PCR tests, the feeling is that, from 2022 onwards, suppliers should still honour the COVID-19 special terms and conditions and not revert to normal trading terms just yet.”

Schaffner welcomed calls to scrap PCR testing for fully vaccinated travellers, as this would encourage bookings and create confidence to visit multiple countries once in the region.

Looking at the overall picture, Botha said the source market still showing the best recovery was Switzerland, followed by Germany. “For the past few months already, both these countries have been placing high numbers of last-minute bookings for travel within two to six weeks’ time. These bookings are firming up and travelling.”

He predicted that the UK market would soon catch up, as Sense of Africa already had travel in October 2021 that had been reinstated at the last minute. “The UK market is also more likely to travel from November through to March to enjoy our summer weather and the Festive Season.”