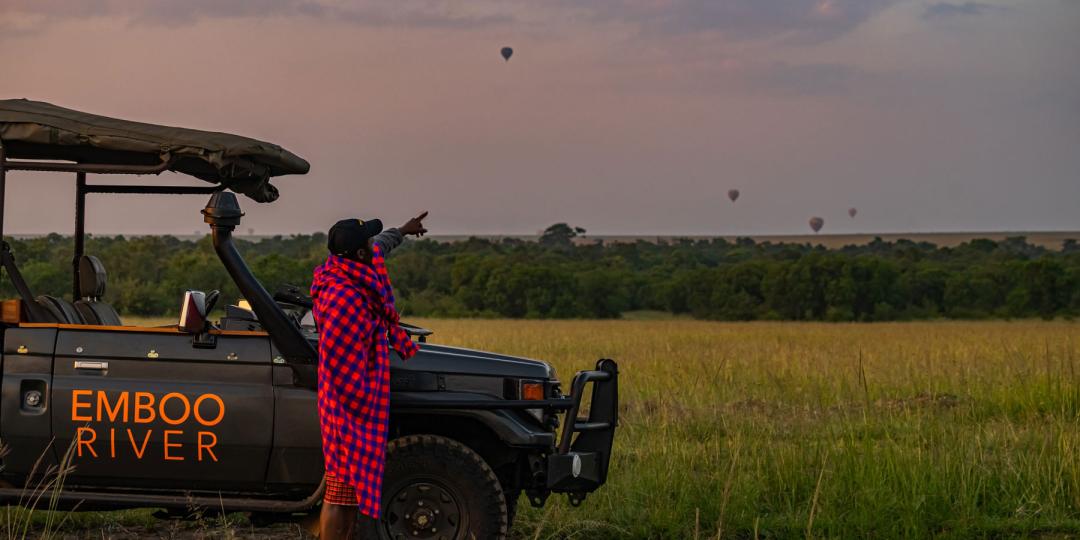 Electric safari cars are the newest offering at a handful of camps across Kenya, protecting the environment and enhancing the safari experience by driving in near-total silence. As originally reported on Travel and Leisure, the Nairobi-based company Opibus has so far converted ten Land Cruiser safari vehicles from diesel to electric.

So far, there is one Maasai Mara safari camp with an all-electric fleet of safari vehicles – Emboo River Camp. "It's super cool, going closer to game, with no noise, no emissions — it's just amazing. This is exactly what the Mara needs now: people who are eco-minded and sensitive about their footprints in the wild," says William Partois Ole Santian, Manager and Co-owner of Emboo River Camp. "The Mara has a light at the end of the tunnel. One day, we'll go back to how it was 50 or 60 years ago."

Once Opibus converts a vehicle, the car charges via a solar panel station. This eliminates the need for the vehicles to burn fuel or use diesel that is trucked into Kenya's nature conservancies and stored in underground tanks, where there is a possibility it may seep out.

Converting existing vehicles instead of building new electric ones from scratch is also a cost-saver in the long run. "You can use your current fleet and just improve it, and increase the life-span of existing vehicles," says Albin Wilson, from Opibus. "You don't have to put anything into landfills, which makes a lot more sense financially and sustainability-wise."

Other camps in the Maasai Mara are also starting to convert their vehicles. Lewa Wilderness in Lewa Wildlife Conservancy, was the first to add an electric vehicle to its fleet, and continues to take visitors on all-electric safaris.

Besides cars, Opibus is also in the process of rolling out electric motorbikes and buses. All the building and retrofitting happens locally, bringing jobs to Nairobi.