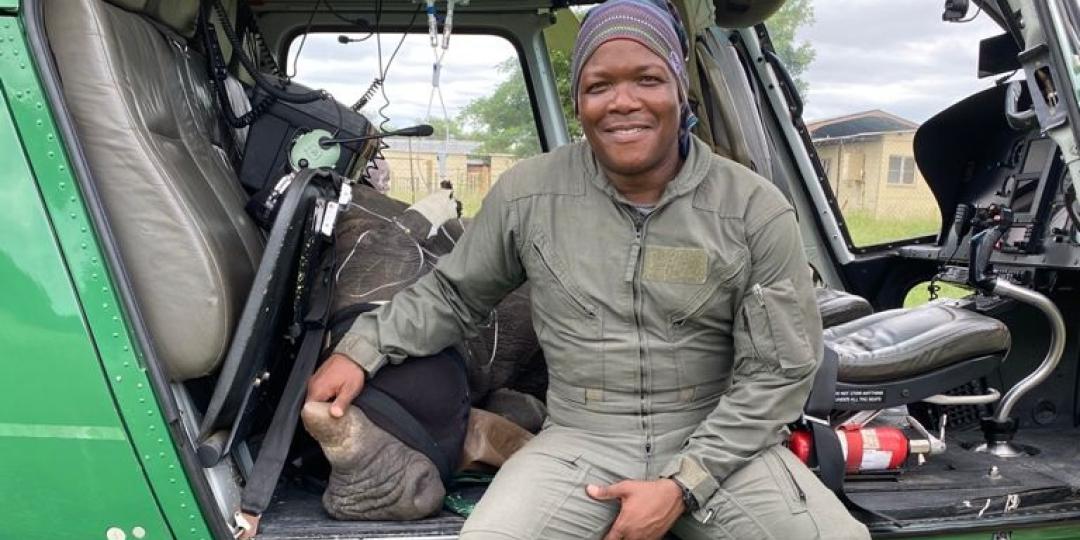 “It comes as no surprise that Simelane, aka ‘The Black-Black Hawk’, is progressing through the ranks as he is a skilled professional pilot with solid management and leadership skills with approachability and strength of character to boot.”

On arrival at the SANParks Airwing in Skukuza almost a year ago, Simelane wasted no time forging a solid relationship with the Civil Aviation Authority – an endeavour that serves SANParks well in terms of aviation compliance.

The objective is well under way, with AIM providing core functions such as logistical ranger support, amongst other crucial services within SANParks. McCourt noted that the unit had played an integral role in establishing the Command Centre within Table Mountain National Park. “We believe that the team will continue to excel with Simelane at the helm of Air Services.

“There is no doubt in my mind that Simelane will take SANParks Air Services to the next level and it is my sincere pleasure to see transformation in the air wing. Fly Black Hawk, fly!” said McCourt.

New appointments at The Cellars-Hohenort

The Liz McGrath Collection has announced the appointment of two new Assistant General Managers who jointly oversee operations at The Cellars-Hohenort, its flagship five-star hotel in Constantia, Cape Town.

Tanya Johnson has been appointed Assistant General Manager (Rooms Division). She is a Hotel School graduate and comes with extensive industry experience spanning 17 years, including the past seven years as Executive Manager of Guest Relations at The Cape Grace.

Cameron Townend has taken up the position of Assistant General Manager at The Cellars-Hohenort, in charge of the Food & Beverage portfolio. Prior to joining The Cellars-Hohenort as Deputy GM in August 2020, he was second-in-command at Hilton Hotel Cape Town City Centre. Townend’s hotel career of over 20 years includes stints at other prestigious establishments locally and abroad, including The Oyster Box and Fancourt.