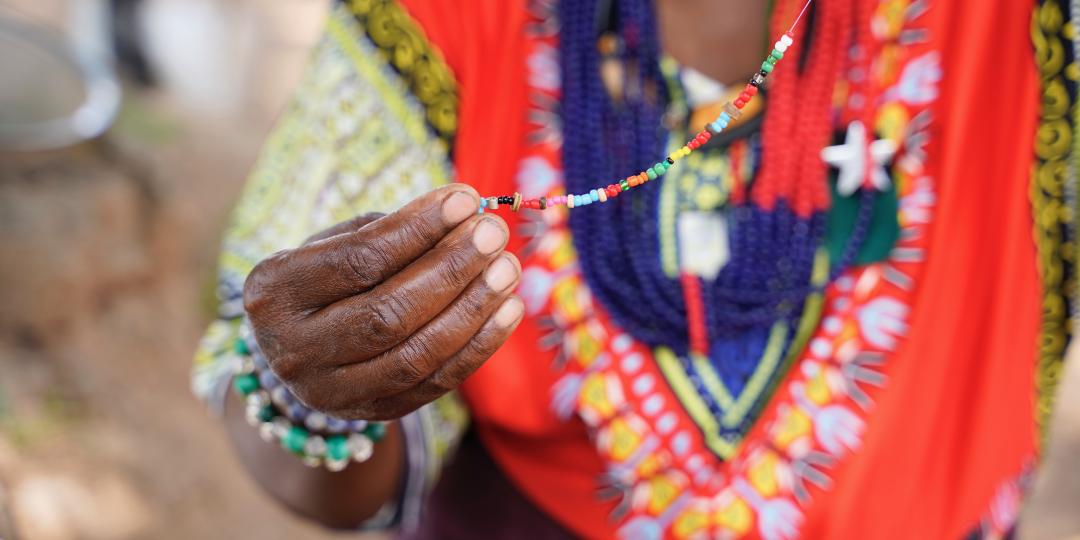 It is important that tourism is seen as an additional source of income at the household level of local communities and not the sole source.

This is according to Harold Goodwin, Responsible Tourism Adviser, World Travel Market.

He was hosting a panel discussion during Africa Travel Week Virtual 2021 recently where he commended panellists for not encouraging a dependence on tourism. “Tourism should enhance livelihoods, not replace them.”

The discussion saw speakers sharing experiences of how best to create sufficient value to raise the living standards of local people in areas that attracted tourists.

With the help of funding and responsible tourism partnerships, negotiations helped facilitate the creation of clusters – supported by the government providing infrastructure around the bigger hotels, for example – that enabled the smaller players to continue operating within their areas.

“We also want to change the mindset that tourism is the one that lays the golden egg all the time. We are trying to use tourism to supplement income, not to be the mainstay of economic activity,” he said.

“That is why we are getting into activities now. Don’t build a camp because your neighbour is building a camp. Look at resources like fishing that can attract tourists to the area.”

The idea behind Uthando (Love), a non-profit organisation linking tourism with community development projects and social entrepreneurs in Cape Town, was to tap into the resources of the tourism industry to support a broad range of projects, explained Director, James Fernie.

“We are making it easy for tour operators and tourism stakeholders to identify reputable, reliable and impactful projects to support.”

He said cultural philanthropic tours taking international visitors into communities that had been disadvantaged by history had been very successful in enabling authentic experiences, prompting guests to donate more to the communities.

“Many of the community projects and social entrepreneurs never dreamed of telling their stories and generating funds through the tourism industry. It was a real surprise that this door could be opened and for many it has been successfully done.”

“Often communities reside in areas with amazing beauty and cultural resources, but accessible infrastructure support doesn’t exist. The lodge has an address of ‘Dune 91’ and is 30km off the nearest gravel road in the dunes. To reach it is a mission on its own. No one would ever have built it there and it would not have been built without funding support from government. Today it is a self-sustaining operation.”

He said TFPD partnered with communities to commercialise their tourism assets and had a ‘for profit’ objective. “If we don’t make a profit, the communities don’t make profits.”

Partners supporting the initiative were essential. “It’s not a normal commercial enterprise; we can’t get traditional funding from the bank.”

O'Leary said the aim was to get communities to develop their products to be of a standard that could compete with any other product of a similar nature. “We target our lodges as three- or four-star so the people can learn hospitality skills that can be used in any administrative environment or the restaurant industry, for example.”

Rupesh Kumar, State RT Mission Coordinator, Government of Kerala, India, spoke about a responsible tourism initiative in Kerala that had been set up in response to local conflicts between the tourism industry and communities.

The aim has been to find traditional livelihood activities and convert them to community-based tourism products for experiential tourism packages, like fishing or coconut tree climbing.

“A visitor can take a selfie from the top of a coconut tree and the farmer gets the money from that,” he explained.

Many of the packages have also modelled the empowerment of women. “We are using tourism to empower local communities economically and in terms of status by enabling tourists to communicate with locals in ways that are respectful and provide additional income.”

SME TradeLinks in SA works with large corporate tourism entities to assist small tourism businesses who are trying to come in to the industry, according to Chief Executive, Dr Salifou Siddo.

“We are trying our best to push tourism entrepreneurship in the true sense of the word. We know what tourism can do and what type of industry it is. It has the potential to create jobs and add to the GDP, but it needs to be professionalised and moved away from informality.”

He added that not everyone had to build a lodge, own a hotel or own wheels to participate in the tourism sector. “Given our historical nature of industry and circumstances, I do think pushing entrepreneurs is the way to go.”

Goodwin said many corporates didn’t realise just how brilliant entrepreneurs were. “There is a lot to be learnt from them and they are too often disregarded.”

He felt that South Africa had enormous ethnic diversity, but it was difficult for international visitors to meet all of them and experience these cultures.

“I’m not sure corporates see the value in this remarkable ethnic diversity. This is an under-recognised tourism resource in SA.”