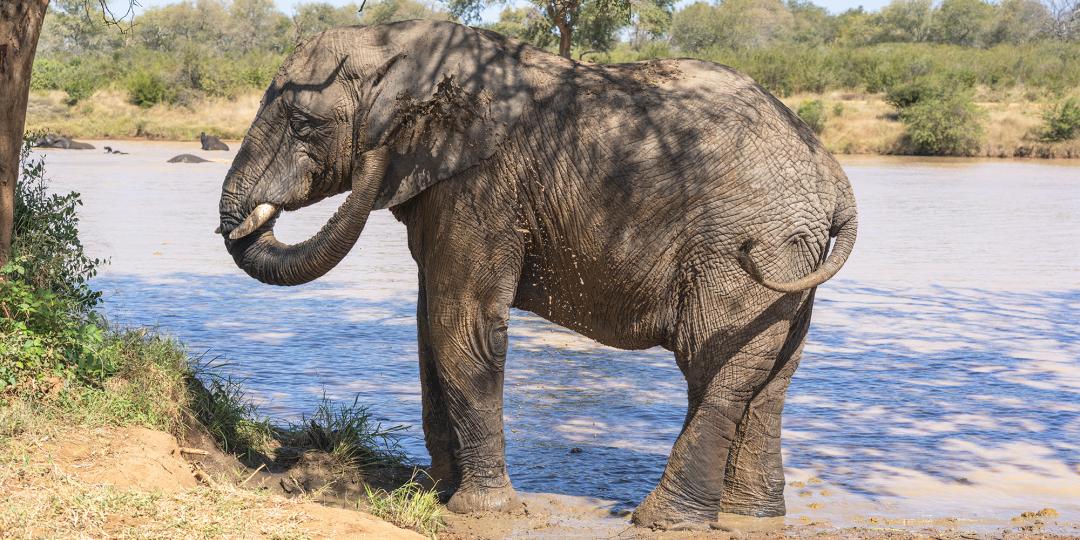 The iconic elephant bull, Jabulani – an orphan who was rescued and taken to the Hoedspruit Elephant Rehabilitation & Development (HERD) centre – celebrates his 25th birthday this month, along with 20 years of integration into a new herd on the Jabulani lodge reserve.

Jabulani was rescued in 1997 at around four months of age. This was the same year that Jabulani MD and Owner, Adine Roode’s son, Xander was born. Jabulani’s rescue laid the foundation for the future of elephant rehabilitation and integration.

The matriarch of the first herd that they tried to place Jabulani with did not accept him, but over time, Hoedspruit Elephant Rehabilitation & Development fortunately found a new herd, rescued from Zimbabwe, which also got a second chance at life.

Roode says the team behind Jabulani and HERD have always believed in not letting orphans or displaced elephants suffer due to the effects of human-elephant conflict.

“Helping to save every orphan in need and provide them with a herd is HERD's mission. You could think of the rescued herd as a bit of a band of misfits, but yet with all their different origins, they have created something in their new home in our reserve that resembles a herd as nature intended. Albeit with a few extra bulls in the mix.

“It must have felt natural to matriarch, Tokwe, and the other elephants in the rescued herd to accept Jabulani into their clan as it was largely all they had known – not bonds of blood, but bonds of circumstance.

“Tokwe, like the wild elephant matriarch above, had never birthed her own calf before, and yet she had the instinct to take in five-year-old Jabulani and help raise him. It’s unheard of in the wild among elephants, but shows their capacity for adaptation to new circumstances and a drive toward empathy and family.”

There is only a nine-year difference between Tokwe and Jabulani. Today, the bull towers over Tokwe, as bulls are typically taller and bigger than cows.

Tokwe had the support of the other elephants from Zimbabwe, who helped to accept and raise Jabulani, alongside the elephant carers.

Roode established HERD Trust and elephant orphanage to better provide for the herd, continuing throughout COVID, and as a way to accept new orphans with a better structure to care for them. Now Jabulani is able to accept new orphans who once stood, just like him, before a herd, hoping to find a family to call their own.