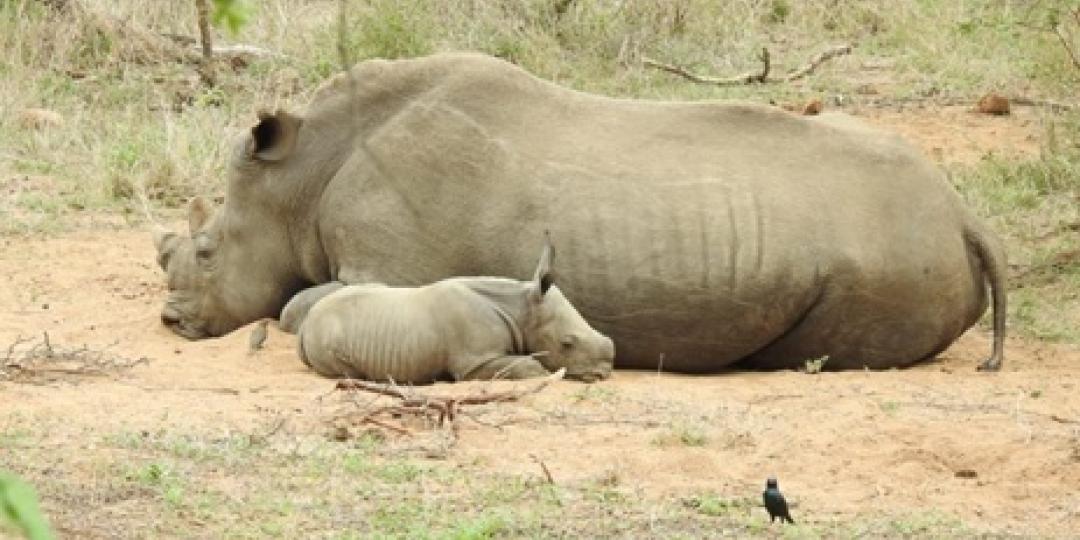 A little miracle has arrived at Jabulani Safari Lodge in the Greater Kruger National Park, a rhino calf delivered by a rhino named Philippa.

Philippa is dear to Jabulani Owner and MD, Adine Roode, whose special bond with her began on January 18, 2016, when Roode managed rhino rehabilitation at the Hoedspruit Endangered Species Centre (HESC).

Philippa and her mother had been attacked by poachers who killed her mother, but Philippa underwent seven months of treatment at HESC for her wounds and ultimately made a full recovery.

Inspired by her resilience and endurance, Roode named Philippa after her grandmother Philippina, a nurse who was instrumental in HESC’s work, and Philippa Kort, a Jabulani representative in the United States. Both ladies died due to cancer, making the name very special to the Jabulani team, and a symbol of strength.

In September 2016, a rhino bull named Ike arrived, and it was decided that Philippa and Ike were better suited sharing land together than the rhinos Philippa was previously placed with. Philippa and Ike have since got along well, and the team hope that the birth of the calf will allow her to continue to thrive in her protected wilderness.