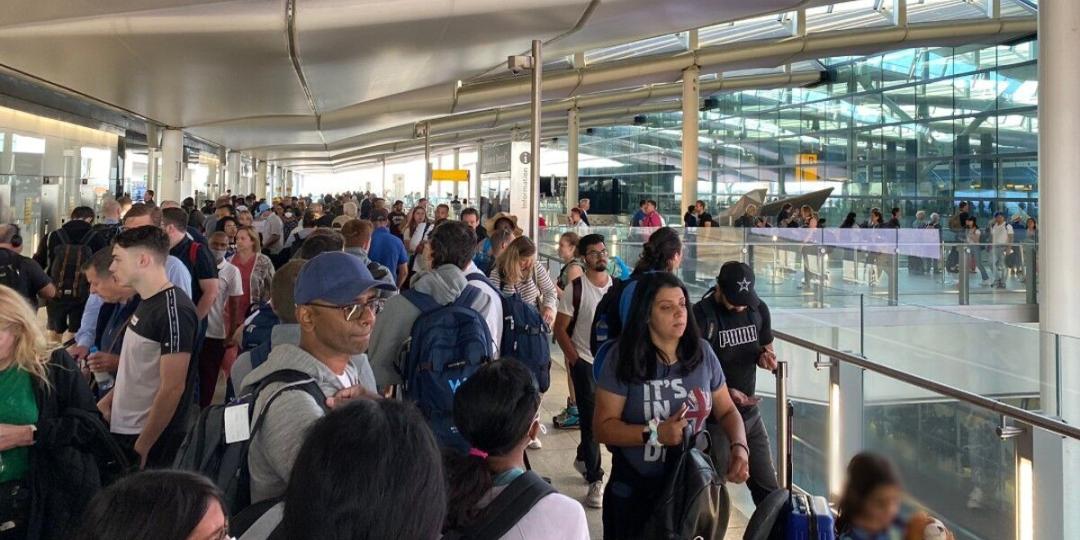 As post-COVID peak summer travel builds across European airports, staff shortages among ground handlers and airlines are taking a toll on the industry and its customers – the passengers.

Now, the onset of industrial action in the aviation sector will likely kick the industry into further chaos.

On Sunday, images were shared on social media of customers forced to sleep on floors at airports in Heathrow, Manchester and Stansted Airports, surrounded by queues and piles of abandoned luggage, according to the Independent.

British Airways, Ryanair, easyJet and Aeroports de Paris (ADP) are currently in the midst of or under the threat of strikes. “It’s frustrating to deal with other agencies that put us in difficult situations,” Air France-KLM CEO Ben Smith told Bloomberg last week, after flights in Paris were hit by a strike at ADP.

Ryanair’s crew in Spain, Portugal and Belgium began a three-day strike on Friday, June 24, and were joined by crew in France from Saturday and Italy on Sunday. The airline says it was only minimally affected by the action, the biggest impact being in Belgium, where the work stoppage led to the airline cancelling 127 flights to and from Charleroi airport near Brussels between Friday, June 24 and Sunday, June 26. Its Spanish employees are set for a further three days of labour action from this Friday (July 1).

British Airways check-in staff at Heathrow have also voted for industrial action, with dates still to be confirmed.

In the UK, the transport crisis has been exacerbated by a rail strike, which also affects transport to and from airports. The discontent among staff relates to wage claims. The Transport Salaried Staffs Association has warned that Britain faces “a long-running summer of discontent” across the rail network if its demands aren’t met, according to British press.

On Friday, Lufthansa increased the number of flights it will cancel in July and August to 3 100 and London Gatwick and Amsterdam Schiphol, two of the region’s biggest hubs, announced caps on flights.

Even after limiting flights, Schiphol airport on Friday had to set up tents outside the departure hall to accommodate queues.