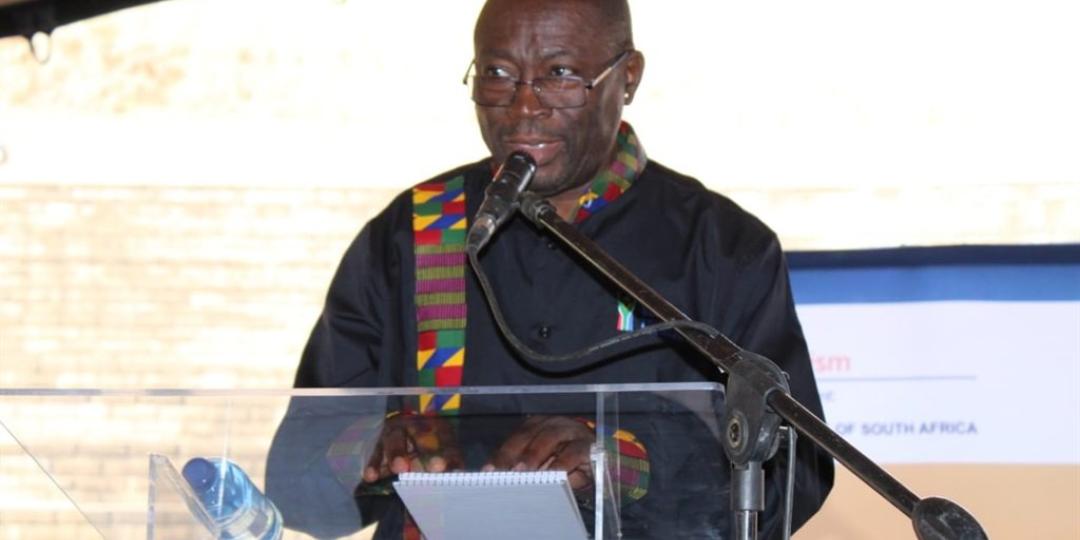 Government plans to roll out a national training programme targeting small, medium and micro-sized (SMME) tourism businesses in rural, township and small towns to facilitate implementation of a set of globally benchmarked norms and standards needed for the businesses.

The plan also makes provision for the establishment of a support hub to provide non-financial support to tourism businesses to increase the resilience of SMMEs during the pandemic and beyond.

This was highlighted by Deputy Minister of Tourism, Fish Mahlalela, speaking at Africa’s Travel and Tourism Summit’s SMME Day on Sunday (September 19).

“SMMEs are the backbone of the tourism economy. Attesting to this, I recently took part in a parliamentary debate on how a self-reliant township and rural economies can bode well for tourism,” he said, noting that SMMEs could aid in the sector’s return to pre-COVID performance levels and its long-term sustainable growth trajectory that fully realised Africa’s vast and diverse tourism potential.

“They bring fresh ideas and flexibility to adapt to a new tourism economy,” she said, noting that this was why Africa’s Travel and Tourism Summit would dedicate a day to empower the future pioneers and game-changers of the tourism sector.

‘We can no longer do business in silos’

Mahlalela pointed out that the onset of COVID-19 could be viewed in two ways – “that it spells the end of tourism as we knew it or that its ushers in an opportunity to create a new identity for our sector, which hinges on increased collaboration among all industry role players”.

“For all of us to succeed, we can no longer do business in silos. This calls for greater collaboration between government and the private sector, as well as between all the governments on the continent,” he emphasised.

An enabling environment for SMMEs

Percy Koji, CEO of the Small Tourism Enterprise Association (STEA), echoed Mahlalela, saying collaboration between private and public sectors was vital. “Collaboration is a big word. If you are in business for 10 years, no man is an island; no business can survive on its own.”

He added that government needed to create an enabling environment as an initiative poised to drive growth for small and medium-sized businesses. “People will have more jobs, resuscitate the sector and address the issues around crime.”

STEA helps small businesses understand the importance of compliance with regulations and trains in this regard.

Koji said while small and medium-sized enterprises were recognised as a critical part of the tourism industry, they tended to be neglected. This is because SMMEs are not usually compliant in many aspects of business. “Big business will always be ahead because small businesses are not well prepared to compete against them.”

He pointed out that SMMEs still needed training on various issues, including tax matters and being compliant with relevant government regulations. Koji added that SMMEs faced numerous challenges, such as tight cashflow, which limited their strategic options, limited market access, and lack of relevant business management skills.

“For government to have a bigger tax base we have to facilitate small business. We have to professionalise SMMEs so it becomes a more competitive space to be in.”

Koji further called for increased focus on the domestic tourism market so as to create opportunities for SMMEs locally. “In South Africa we have focused a lot on the inbound market, but developing the local economy will create better opportunities for everyone. If you buy a coffee at a restaurant, you are creating a job for that person serving you.”

The three-day Summit is being hosted simultaneously in three major cities in Africa – Johannesburg, Durban and Lagos. The hybrid event gives delegates from around the world the option to attend either physically or virtually.

Let’s rethink tourism enterprise development  -  Septi Bukula
The indoors/outdoors experience can provide a sense of safety for guests  -  Jeremy Clayton
The needless pause into the brave new world of travel  -  Gavin Tollman
A case for rethinking and rebuilding tourism  -  Sindile Xulu
Why is South Africa red listed by the UK?  -  Onne Vegter
END_OF_DOCUMENT_TOKEN_TO_BE_REPLACED