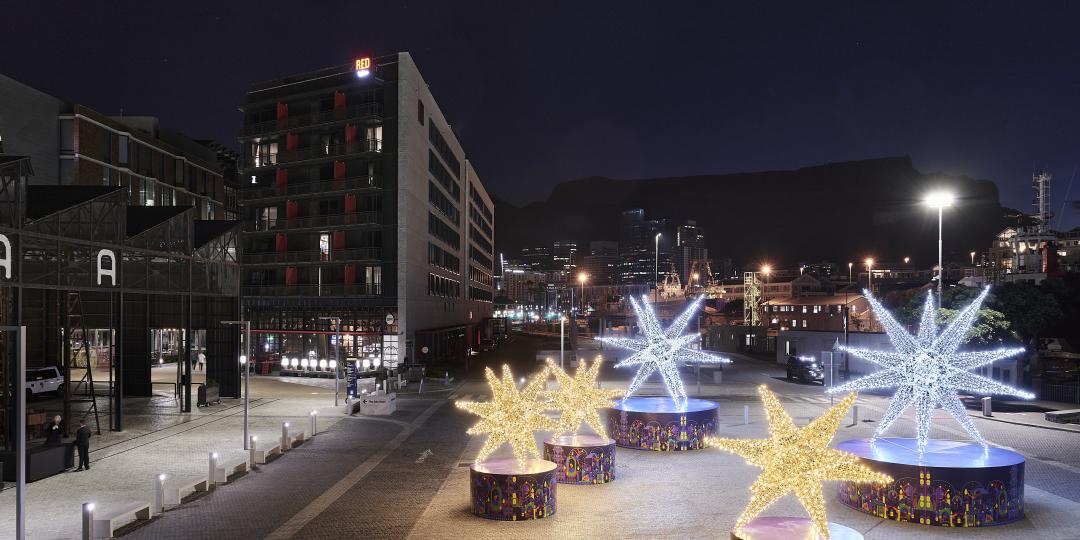 Two years ago, the V&A Waterfront questioned its approach to the December holidays and ultimately switched to celebrating a festive season that would celebrate its African roots – ‘Joy from Africa to the World’ – highlighting local design and sustainability.

“We questioned why we were celebrating and reflecting a world that did not look like ours and we realised that we wanted to infuse the festive season with purpose and meaning. We wanted to do this in a way that showcased authentic African stories and inspired joy,” explains Tinyiko Mageza, Executive Manager: Marketing at the V&A Waterfront.

“We wanted to buy fewer imported decorations that got thrown away, and instead support local, and to reuse and recycle. We wanted to celebrate our heritage and inspire locals, but also inspire the rest of the world and tell the story of a joyful Africa.”

Now, the concept has evolved into a call-to-action for local people to get involved by supporting communities and organisations that are making a difference.

Last year, more than 1 500 baskets came from Senegal, Zambia, Zimbabwe, and South Africa. In addition, 187 crafters, makers, designers and engineers from five African countries contributed to spreading hope and light through the festive décor by creating additional décor elements, while some 2 800 repurposed plastic bottles and oil barrels were reused to create displays across the neighbourhood.

This year, ‘Joy from Africa to the World’ will take place over the months in the lead-up to the festive season, built around four themes: