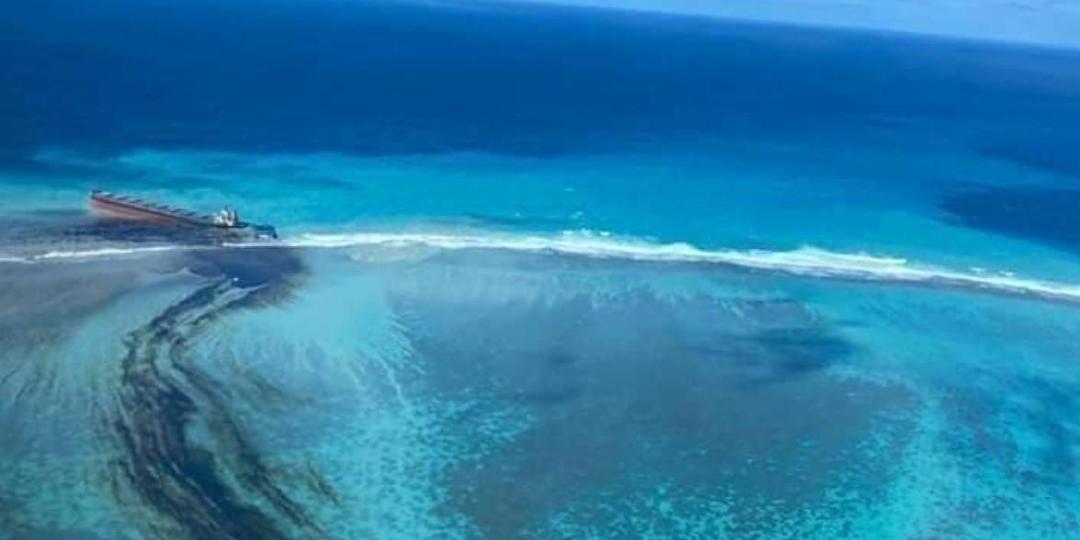 The oil spill from the MV Wakashio, presently run aground on a reef off Pointe d’Esny, close to  Mahebourg, Mauritius, is not large in terms of marine environmental events. But, according to BBC News, the location of the oil release means the damage it is likely to cause to the lagoons and reef areas, is expected by scientists to be both significant and long-lasting. Satellite images show the oil slick on the water between the mainland at Pointe D'Esny and the island of Ile-aux-Aigrettes.

The spill took place near areas of important ecological significance and a wetland of international importance. The Mauritian marine environment is a high diversity hotspot including around 800 types of fish, 17 kinds of marine mammals and two species of turtles, (UN Convention on Biological Diversity). Ecologically sensitive coral reefs in the lagoon are the biggest concern, as 25% of fish in the ocean depend on healthy coral reefs.

According to Mauritius Tourism, the Mauritius prime minister, 570 cubic meters of oil and 150 tons of waste had already been skimmed and pumped out of the lagoons. All the MV Wakashio’s onboard oil, fuel and other contaminants were expected to have been removed by the end of last Friday, August 14.  A media release said 22 international experts from France, Japan and the United Nations are assisting local teams. Japanese daily The Mainichi reports that Mauritius has declared a state of disaster and the government of the island state is seeking compensation from the owner of the vessel, Nagashiki Shipping.

With rough seas expected in the short-term, efforts are underway to contain the spill to the south-east region, and away from the coast line of the remainder of the island, which remains pristine.

A massive clean-up operation, manned by local volunteers, has been launched on the shore.

The marine ecosystem surrounding Mauritius is a major pillar of Mauritian tourism, which is a big contributor to the country's economy, at 25% of GDP. Some scientists say the damage is likely to be permanent, while others say it will take 35 years to restore the damaged areas.