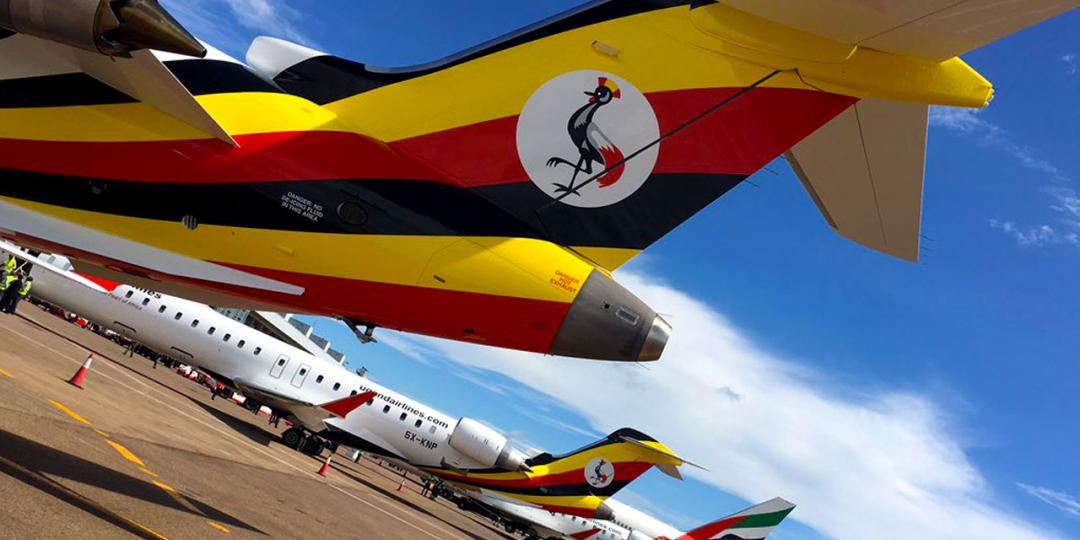 When the Uganda Airlines (UR) inaugural flight lands at Johannesburg on May 31, it will be an exciting moment for the airline.

“Johannesburg is very important for us for business, leisure and VFR purposes,” Roger Wamara, the airline’s COO, told Tourism Update in an exclusive interview. “Johannesburg has a large diaspora of Ugandan people, and the big South African companies, like MTN, Shoprite, Standard Bank and others, have a presence in Uganda.”

Wamara said the hub-and-spoke concept was very important for the airline, and Uganda Airlines will build on this concept at Entebbe International Airport. “This is the key to making UR a truly international carrier,” he said.

This determination to be an international airline is already evident. The carrier already conducts scheduled services to a network of several international destinations in the region – Juba in South Sudan; Mogadishu in Somalia; both Nairobi and Mombasa in Kenya; Kilimanjaro, Dar es Salaam and Zanzibar in Tanzania; Bujumbura in Burundi and Kinshasa in the DRC.

Johannesburg is the first destination outside the East African region, but the airline is due to start services to Dubai at the end of June, London in July and both Mumbai and Guangzhou later this year. All these long-haul destinations are the reason it’s adding A330-800 neo aircraft to its fleet, having taken delivery of two during the past six months. It also has plans for a route to Addis Ababa and to go west to Lagos and Accra.

Uganda borders on the north-west shores of Lake Victoria, and on the eastern shores of Lake Albert. It contains several great lakes too, like Kyoga and Kwania, and several smaller lakes, as well as many rivers. The Victoria Nile flows through Uganda, into and out of Lake Albert, after which it flows through northern Uganda and is known as the Albert Nile. Apart from the beautiful scenery, Wamara says white-water rafting and other adventure activities are available at several places along the Nile.

Uganda’s most well-known attraction is primate-viewing. The country has 60 protected areas, including ten national parks. Uganda is home to a vast number of species, including mountain gorillas; chimpanzees; red-tailed, golden, and Patas monkeys; and black and white colobus. There are around 5 000 elephants, mostly in the areas of Kidepo, Murchison-Semliki, and Greater Virunga.

Private air operators and land transport providers conduct expeditions to wildlife parks – Wamara says everything is within a five-hour drive of Kampala. Adventure activities include fishing tours, gorilla and chimpanzee trekking, boat cruises, mountain hiking and bird safaris. The Shoebill draws bird fanciers from around the globe hoping to catch a rare glimpse of this giant, highly endangered bird, and Shelley’s Crimsonwing, one of the rarest birds on earth, is on birders’ bucket lists. They inhabit a thin strip of volcanoes and mountains bordering Uganda, known as the Albertine Rift.

And for those who like to party around the world, there is more good news. Wamara says Kampala is well known in the region as the entertainment and party capital of East Africa.

He said, currently, entry into Uganda was dependent only on a negative PCR test before boarding at the passenger’s origin. For those from its ‘amber list’, a second test is required on arrival, which means a wait of around four hours at the airport. Transit passengers have no additional restrictions.

Tourism workers in Uganda have been given COVID-19 vaccination priority status, and many are already fully vaccinated.

“It’s a great destination to visit! Come and see a different part of Africa in safety and security. It’s culturally interesting and the people are friendly. If you come once, you will come back again,” said Wamara.