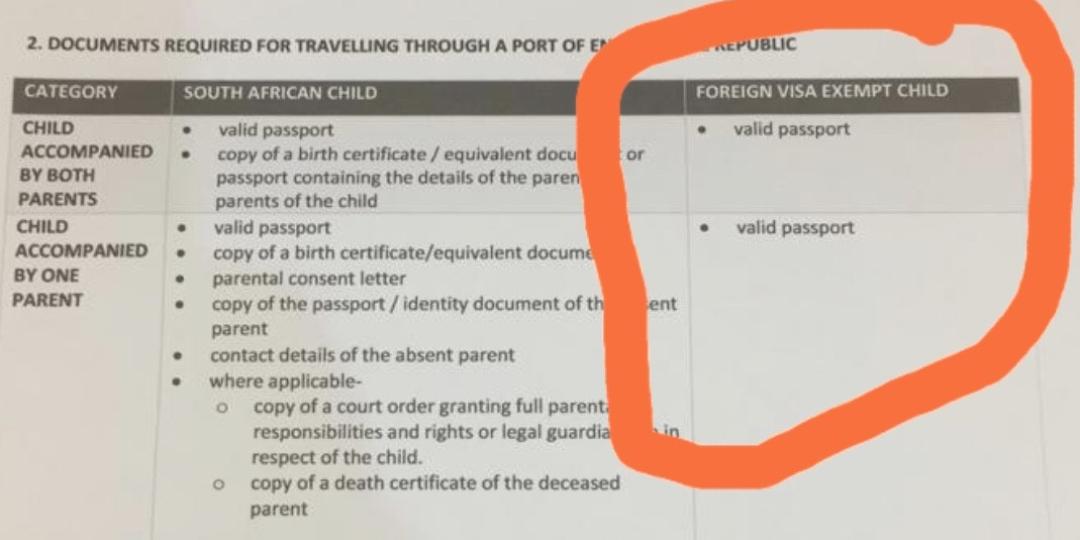 All mention of birth certificates removed for foreign visa exempt minors in new government advisory. Children from countries requiring a visa present the birth certificate when applying for the visa.
Comments | 0

The end of the UBC (Unabridged Birth Certificate) saga that has derailed inbound travel since 2015 is in clear sight.

Home Affairs Minister, Aaron Motsoaledi, signed a special waiver on return from his trip to China last week. A new travel advisory was circulated by government on Friday (November 8) stating that only a valid passport was required for foreign minors travelling to South Africa. The confusing wording that UBC documentation “may be required” has been removed from the advisory. Announcing the change at the Lilizela Tourism Awards on November 9, Tourism Minister MMamoloko Kubayi-Ngubane said the advisory should be loaded onto the Department of Home Affairs website on Monday (November 11).

The new advisory can be seen as a major victory for inbound tourism. “This is something that everyone worked hard for. It took a lot of negotiation to get to this stage. This move by government brings huge relief and ensures that we are back in the market where we can be seen as a family-friendly destination,” says Tshifhiwa Tshivhengwa, CEO of TBCSA (Tourism Business Council South Africa).

IATA (International Air Transport Association) has been informed, as well as other airline associations and key industry players, he says.

“It's in black and white,” says Tshivhengwa. “Now the Minister of Home Affairs has signed the waiver, there is a new advisory for this regulation and all the relevant parties have been informed about the change.” He says the updated advisory has been long coming and that he hopes things will move with speed as the festive season is just around the corner. “What needs to happen next is for the information to trickle down to everyone on the ground, and this needs to happen fast.”

While the UBC issue is a victory, there is still a lot of work to be done to uplift tourism, says Tshivhengwa. The TBCSA and other related organisations are doing what they can to get inbound tourism back on track, he says.

“The UBC issue is one thing, but we are looking at more regulations that are hindering the growth of the tourism sector and we will fix them,” he says.