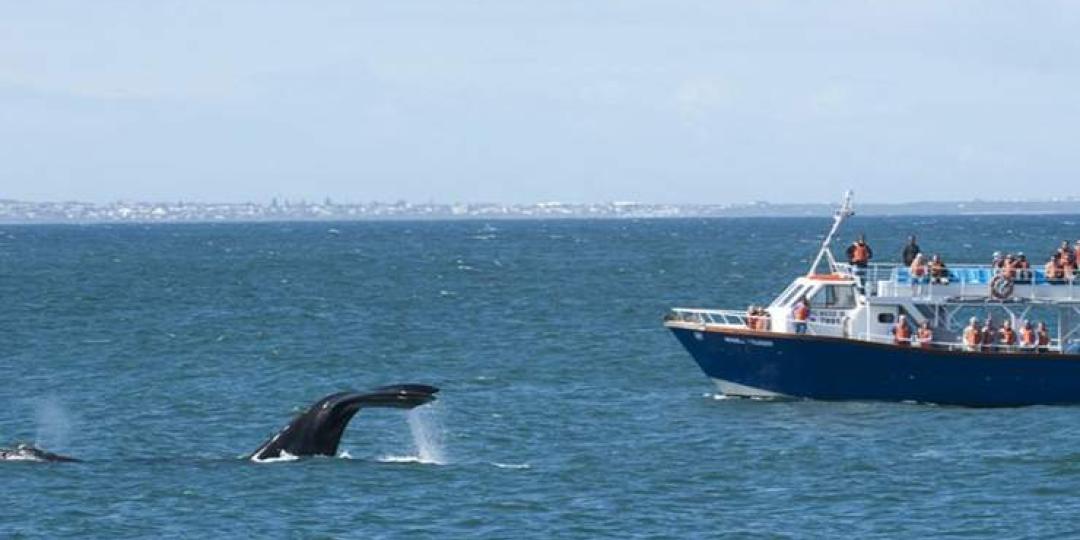 The family-friendly Whale Coast offers everything from whale-watching and swimming, to surfing and hiking.
Comments | 0

Outside of the popular Cape Town and Kruger circuit, South Africa has plenty to offer for families. Tessa Reed looks at the Garden Route, Richards Bay and the Whale Coast as alternative destinations offering fun and adventurous activities for the whole family.

The Cape Whale Coast stretches from Rooiels to Pearly Beach, taking in Pringle Bay, Betty’s Bay, Kleinmond to Hawston, Hermanus, Stanford and Gansbaai. It also includes the scenic drives through the Kogelberg Biosphere and is recognised by Unesco for its biodiversity.

She recommends Blesberg, Betty’s Bay, for its sandboarding. “A whopping 250m-tall dune offers a potential run of 400 metres and more,” she says. Families can also visit Gaspard Bossut’s Gaboli’s chocolate factory and taste pure chocolate made by this Master Chocolatier.”

She highlights CapeNature’s Endangered African penguin colony at Stony Point and picnicking at Harold Porter Botanical Garden. “At Stony Point, Betty’s Bay, you might be lucky enough to be greeted by the penguins in the car park!”

In Kleinmond, Lloyd suggests that families hire a canoe at Kleinmond Pleasure Boats at the Main Beach and row out to the Bot River Estuary and stop at the Rooisand Nature Reserve. “Here you can spot the Kleinmond wild horses, and there are many bird species too.”

For families looking to burn some kilojoules, she recommends the hiking routes in the mountains above Kleinmond as well as swimming and surfing at the many white-sand beaches. “The Kleinmond Main Beach has Blue Flag status,” she adds.

The Garden Route is a section of the south-eastern coast of South Africa, comprising the 300-kilometre stretch between Mossel Bay in the Western Cape and Storms River in the Eastern Cape.

Some options for families include exploring the Cango Caves, which boast a cavern that is 98m long, 49m wide and 15m high; horse trails through Addo Elephant National Park, the third-largest national park in the country, famed for its large elephant population; and hiking in the Robberg Nature Reserve.

Families can also visit the Garden of Eden, a virtually untouched forest near Knysna; Birds Of Eden, a bird sanctuary and the largest single, free-flight aviary in the world, according to Guinness World Records, and the Knysna Waterfront, which is host to a range of water activities and features a floating restaurant.

Peter Dros, Sales and Marketing Director of Fancourt, says the property is the perfect place from which to explore the beauty of the Garden Route and experience the myriad offering for all ages and family interests.

On the property, families can cast a line in one of the many dams on the estate; enjoy a game of putt-putt; or participate in an exciting colour run, a 5km paint race where participants are splashed with paint powder, echoing the Holi One Colour Festival.

“Families will also be able to take part in various activities put together to thrill kids of all ages, with a Kidz Club programme tailored especially for little ones, as well as movie time, swimming, various arts and crafts projects and cooking lessons,” says Dros. All activities are fully supervised by Fancourt’s qualified staff.

Richards Bay is a town in KwaZulu Natal, about an hour-and-a-half drive along the coast north of King Shaka International Airport in Durban.

Sharon Hunink, Sales and Marketing Manager at Indaba Lodge, Richards Bay, says the area is teeming with activities for kids.

“Richards Bay is known for its fishing market so there is a lot of deep-sea fishing, which is great for families. Even the young kids enjoy it.”

She recommends the Tuzi-Gazi Waterfront for its child-friendly restaurants. Other activities for children in the vicinity include movies and ten-pin bowling, while visits to the Butterfly Dome and the Chane Cheese Farm are recommended.

Just over an hour’s drive north of Richards Bay is the iSimangaliso Wetland Park, which is malaria-free. An hour-and-a-half drive south is the Eshowe Butterfly Dome, which is one of Africa’s most prolific areas for butterflies and moths, and home to the Emperor Swallowtail, the largest butterfly in South Africa.

The Indaba Lodge Richards Bay offers family packages over the weekend and newly upgraded self-catering apartments. The property is a five-minute walk from the Alkantstrand Blue Flag beach. Kids under 12 sharing with parents stay free and only pay for meals, while kids five and under eat free and children between six and 12 pay half price for the buffets.