Tea tourism opportunities in the Cederberg

Tea tourism opportunities in the Cederberg 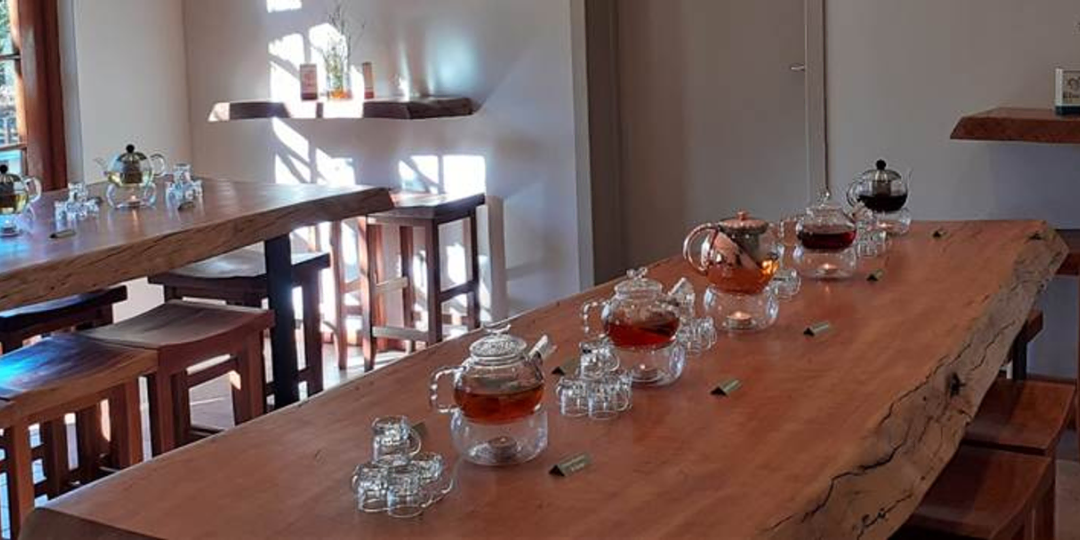 Few industries have been hit as hard by the pandemic as the travel and tourism sector, but fortuitously, it has given a boost to tea tourism worldwide. In the Cederberg region of South Africa in particular, tea tourism is quickly becoming a hot topic among international arrivals.

Adele du Toit, spokesperson for the SA Rooibos Council, says the pandemic turned everyone’s focus to healthier living, which has fuelled a resurgence in tea consumption and exploring the unique regions where tea or tisanes are produced.

“Globally, this trend has led to once-dilapidated tea planters’ bungalows and houses being restored and turned into boutique hotels and lodges. Here, tea-lovers can enjoy a tranquil stay away from the city, surrounded by nature, while learning more about their favourite brew,” Du Toit explains.

Most of these tea estates are over 100 years old, so guests who choose to stay there and learn about their history, tea culture and heritage will find a unique experience.

Rooibos is only farmed in the Cederberg region of the Western Cape and many of the farms are now home to a mix of tourism and agriculture.

“From an economic perspective, tea tourism has a great outlook. The market has huge potential, and it’s sustainable and green. Travellers are starting to swop ‘sun-and-sand’ vacations with new, niche travel experiences that interest them, and beverage tourism, which encompasses tea, coffee, wine, whisky and beer tourism, all fall under the same umbrella,” remarks Du Toit.

She believes the combination of rooibos farming and tourism can become a new engine of growth for the local economy, which, in turn, could help create jobs and alleviate poverty.

Beverage tourism pairs with other activities

Sanet Stander, Co-Founder of the Rooibos Route (established several years ago to promote tourism in Clanwilliam – known as the rooibos capital), says they have seen an uptick in international travel to the area and are booking more rooibos tours.

“We’ve hosted tourists from all over the world, but there’s been an influx of German and Swiss tourists of late, and as locals have searched for secluded spots during the pandemic, Clanwilliam has become a favourite among South Africans too,” Stander explains.

“Gone are the days when guests would be happy with just sightseeing and a comfortable stay. The new crop of tourists love being part of adventurous, unexplored activities, and tea tourism ticks all these boxes.”

Skimmelberg Farm in Clanwilliam offers regular rooibos and buchu tours. Visitors will get to see the two plants occurring naturally in the wild, how they are organically and sustainably farmed, and enjoy a subsequent tea-tasting.

Stander says the concept of a Rooibos Route took hold after being inundated by questions from tourists about the plant at the local Rooibos Teahouse, a boutique restaurant where tourists can sample more than 100 varieties of rooibos. “We realised that a route could add significant value to the tourists’ experience, and it has. Since 2014, we’ve hosted many local and overseas tourists, and are looking forward to welcoming more to our beautiful region,” she says.

The Cederberg is not only home to rooibos, but is among the best locations in the world for rock art viewings, with 2 500 documented sites.

The Cederberg Ridge Wilderness Lodge in particular is an ideal base from which to explore the region. It offers mountain biking, stargazing, boat cruises on the Clanwilliam Dam, tours into the Cederberg, and rock art excursions, as well as rooibos and citrus farm tours.

Tapping into the tea tourism market

Du Toit told Tourism Update that, in terms of source markets, German and Swiss tourists in particular were enjoying the rising trend of tea tourism. Germany is also the second biggest export market for rooibos tea.

“They are a big tea-drinking nation, and are very interested to know where their favourite beverage comes from,” she says.

Du Toit also advises agents to note that the best time to visit the Rooibos Route, despite there being year-round activities and attractions, is typically from December to March during harvest season.

“It’s such a well-rounded destination,” she says of the Cederberg. “There’s something for adventurers too, with mountain biking, dam excursions, stargazing, camping, and more.

“Many people don’t even know what rooibos looks like or how it’s cultivated. The experience really grabs people’s attention – not just people from abroad but also South Africans.”