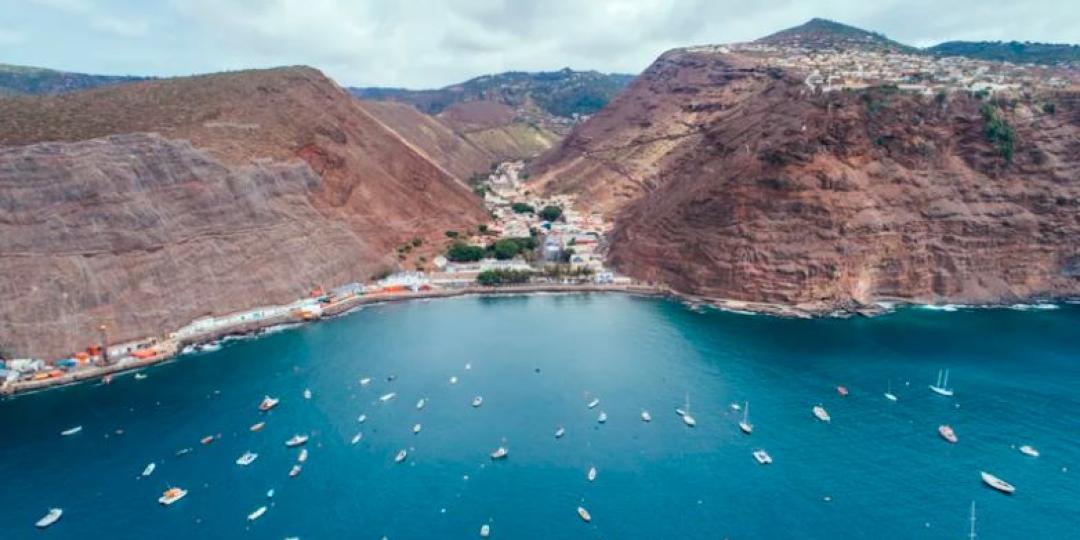 Once accessible only by ship, St Helena is now within the reach of tourists visiting South Africa, thanks to direct flights from Johannesburg and Cape Town introduced in October 2017.

Airlink operates a weekly flight to St Helena from Johannesburg and has added a second weekly flight for the coming summer peak season (December 2019 to March 2020), including departures out of Cape Town.

The additional flight out of Cape Town provides options for twin-destination holidays in Cape Town and St Helena during the South Africa’s summer season.

Before the introduction of direct flights, the island was so remote that the fastest way to reach it was by a five-day voyage on the RMS St Helena from Cape Town. Because the ship carried on to Ascension Island, it was 18 days before visitors could return to Cape Town.

The volcanic tropical island is part of the British Overseas Territory of Saint Helena, Ascension and Tristan da Cunha. After it was discovered by the Portuguese at the turn of the 15th Century (it was uninhabited), it became an important stopover for ships sailing to Europe from Asia and South Africa.

The island is one of the first places where slavery was abolished and was the naval centre for British efforts to wipe out slavery, intercepting ships and rescuing slaves bound for America in the 1840s. After the Battle of Waterloo, Napoleon was imprisoned and died there. Some six thousand Boer prisoners of war were sent there a during the Second Boer War, as was Zulu King Dinuzulu kaCetshwayo, who was imprisoned for 10 years for leading a rebellion against the British. Later, 25 Zulu chiefs were exiled to the island for resisting the British poll tax in Natal.

What to see and do

The island is probably most famous for its link to Napoleon, and visits to the French-owned Napoleonic properties of Longwood House, The Briars Pavilion, and the tomb in Sane Valley are popular.

In 1858, the French emperor Napoleon III gained possession of Longwood House and the lands around it. It is still French property, administered by a French representative and under the authority of the French Ministry of Foreign Affairs.

Tours of Longwood House and the tomb take place Monday to Friday between 11h00 and 13h00 and between 09h00 and 15h00 respectively. The Briars Pavilion is only open on Wednesday and Friday between 10h00 and 11h00.

On May 5, 1821, Napoleon died at Longwood House and to commemorate the occasion, a Moment de Memoire is attended by islanders at his tomb on or near this date each year.

A museum was opened in  St Helena in 1854, with content including a sea serpent and a flying lizard. Over the next century, contents were added and the museum was moved twice to allow for its growing collection.

Today the Museum of St Helena is housed in the Old Power House building in Lower Jamestown. Its collection includes historic artefacts and a digital archive of images, video and documents all relating to the island’s heritage.

Between January and March, the water temperatures reach up to 26 degrees and snorkellers have the chance to swim with whale sharks, while Humpback whales frequent the waters between June and December. Pods of dolphins can be spotted year-round. There are two dive operations offering dive excursions and PADI courses.

The islanders have plotted 21 walks, called the Post Box Walks, which offer varying levels of difficulty. Travellers hiking up to Diana’s Peak, which rises to 818m and is the highest point on the island, can enjoy panoramic views of the island and the ocean beyond.