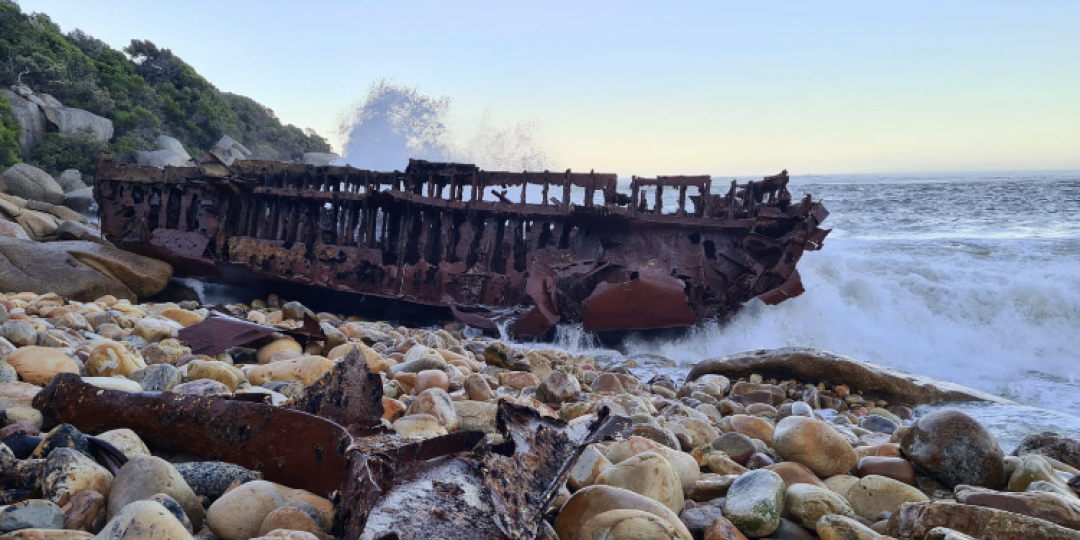 A large portion of the 45-year-old shipwreck of the Antipolis has washed ashore between the Oudekraal beach and Twelve Apostles Hotel in Camps Bay, Cape Town.

The Antipolis may move slightly if a large swell occurs, but there is no immediate infrastructure that it could crash into, according to the City of Cape Town’s Coastal Management team.

“We can confirm that the wreck itself and its location pose little risk to the coastal environment. However, the only real risks are if members of the public try and climb on it or remove pieces of it,” advises the City’s Deputy Mayor and Mayoral Committee Member for Spatial Planning and Environment, Eddie Andrews.

The Antipolis ran aground in 1977 after the rope that was towing the ship broke, and authorities at the time decided to remove the top structure of the ship and leave the rest of the wreck under water. The site then became popular among local divers.

The last ship to run aground along the same coastline occurred 10 years ago, when the 50m-long Eihatsu Maru washed up in the upscale beachfront area of Clifton.