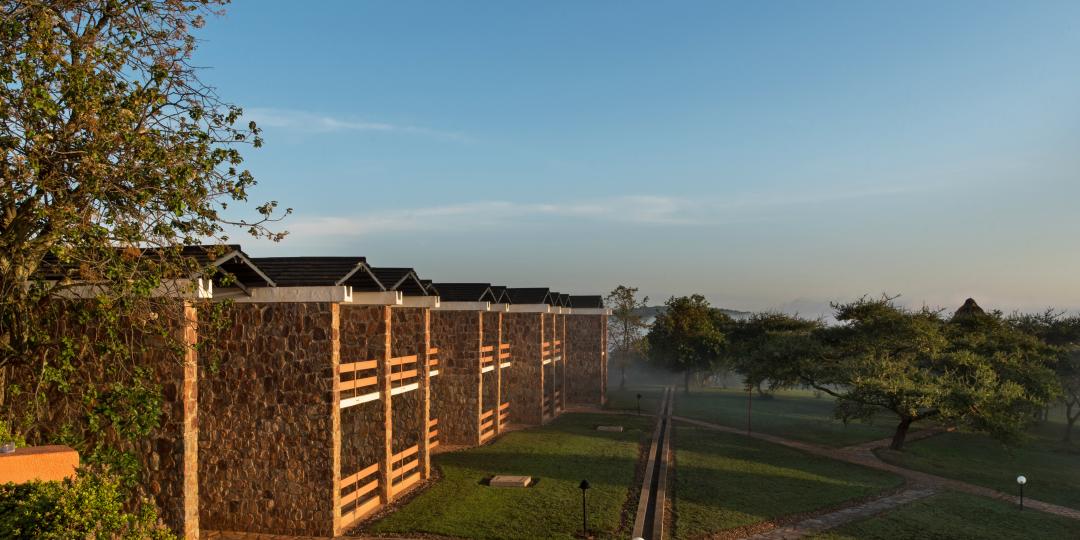 The Mantis Collection has completed extensive renovations to Akagera Game Lodge in Rwanda.

All 59 guest rooms have been completely modified and modernised, with the Presidential Suite being the showcase. Public areas, including the restaurant and bar, have been renovated and refurbished, as well as the conference room, which has been upgraded and can now host up to 50 delegates. The swimming pool and pool deck have also been revitalised.

“Keeping true to Mantis’s sustainability practices, the original centralised geyser/boiler system has been replaced with solar-assisted geysers and other sustainable energy solutions. An organic vegetable garden is tended by the staff, growing seasonal produce that is prepared in meals served at the lodge,” said a spokesperson for Mantis.

Mantis Akagera Game Lodge is one of Rwanda’s most iconic lodge offerings, allowing travellers to stay inside the Akagera National Park, Rwanda’s only Big Five reserve, just a 2.5-hour drive from Kigali.

Akagera National Park, in Rwanda’s Eastern Province on the border with Tanzania, is Central Africa’s largest protected wetland and the last remaining refuge for savannah-adapted species in the country.

It is characterised by swamps, lakes, open savannahs and woodlands. The park is home to more than 482 bird species, such as the rare Shoebill Stork, and over 12 000 large mammals, including zebras, giraffes, lions, Black rhino, and elephants. Crucial to the park’s ecosystem is the vast Lake Ihema, which is home to hippos and crocodiles. Akagera National Park is considered a strategic tourist attraction in Rwanda.

Plans for Akagera Game Lodge include the introduction of set departures from Kigali and positioning the lodge as a luxury experience in a circuit including Kigali, Lake Kivu, Nyungwe Forest National Park and Nyagatare. This is in line with the long-term strategy implemented by Rwanda Tourism.