Rhinos back in Hwange after nearly 20 years

Rhinos back in Hwange after nearly 20 years 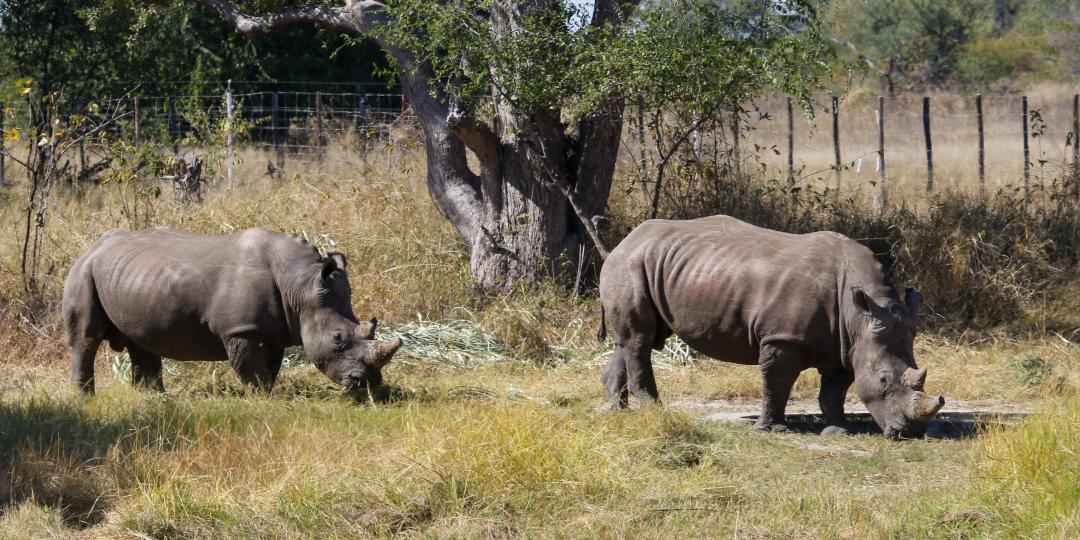 After a journey of more than 17 hours and 700 kilometres across Zimbabwe, the first two White rhino to roam Hwange in nearly 20 years are now settling into their new home in the Imvelo Ngamo Wildlife Sanctuary bordering the park.

Guests staying at Bomani or Camelthorn lodges inside Hwange National Park and on Imvelo’s private Bomani concession, will now have the opportunity to potentially see the Big 5.

Guides, and guests (of the right age!) can recall that at one time finding White rhino in southern Hwange was almost guaranteed. The last one was seen in the area in about 2005.

The two rhinos, Thuza and Kusasa, were named by two donors from a list of options put forward by five community leaders.

Thuza means “to charge or strike” in Ndebele, alluding to the rhino’s powerful position both physically and metaphorically, and Kusasa means “tomorrow”, because these rhinos represent a bright future for village children and grandchildren.

CRCI and the establishment of the Imvelo Ngamo Wildlife Sanctuary would not have been possible without a long-standing partnership with the local community, the District Council, National Parks, the Malilangwe Trust, a network of donors and a host of other organizations.

Revenue generated from entry fees for visitors will go back to the communities to help sustain socio-economic development in the area while simultaneously conserving wildlife.