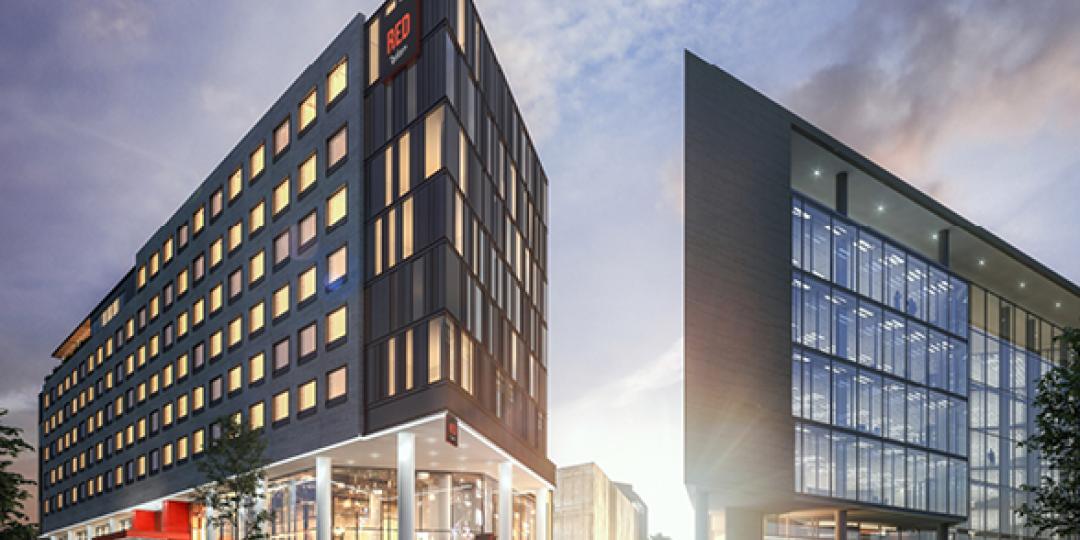 Mid-June should see the opening of a Radisson RED in the trendy, upmarket district of Rosebank in Johannesburg.

Radisson RED is a relatively new brand for the Radisson Group, and the Rosebank property will be the second in South Africa. The first was the Radisson RED Cape Town, near the Zeitz Museum.

The brand hopes to attract millennials and young professionals, with uncapped ‘big-pipe’ WiFi, craft beer bar, in-hotel gym and fusion food some of the attractions.

The new-build, 222-room hotel will comprise standard studios and suites in bold designs. The hotel will feature the Radisson RED food and beverage concepts, such as the ‘all day dining’ OUIBar + KTCHN.

Following in the footsteps of its sister hotel in Cape Town, voted the best rooftop bar in the city, Radisson RED Johannesburg Rosebank will also boast a trendy rooftop bar and terrace. This will include a swimming pool and fitness room, giving guests various options to unwind, overlooking the stunning Johannesburg skyline views.

The Radisson RED Rosebank will be located within the Oxford Parks precinct, a mixed-use development bridging Rosebank and the leafy suburb of Dunkeld. Offices, apartments, retail and restaurants will rub shoulders with the new hotel. The precinct will bring eco-friendly innovations to the area, many green spaces and piazzas amid carefully landscaped pedestrian walkways.