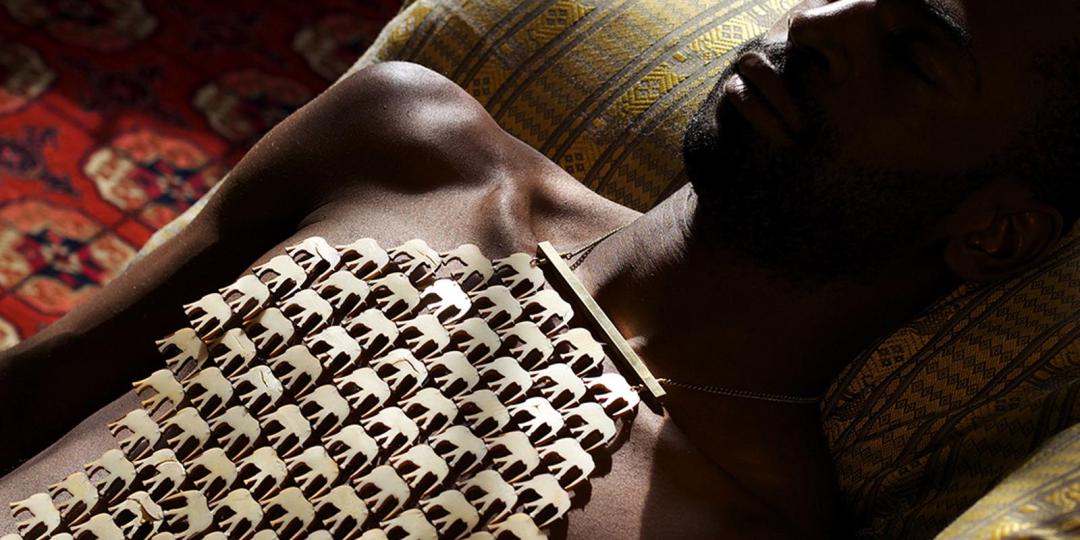 Africa Travel Week (ATW) and How Many Elephants, a design-led, non-political platform that works to raise awareness and funds to fight elephant poaching, is holding an online charity auction that ends on Tuesday, April 13 at 10h00 (SA Time).

Proceeds from the auction, which is now live, will be used to contribute to anti-poaching efforts for the African elephant.

Holly Budge founded ‘How Many Elephants’ in 2019 as a design-led, non-political platform to raise funds and awareness regarding elephant poaching.

Items available at the auction have all been curated by Budge and Martin Hiller, Content and Creative Director of ATW.

The first item to go under the hammer is a necklace depicting 96 elephants, fashioned entirely from vegetable ivory. It has become part of exhibitions to raise awareness of elephant poaching and has won five design awards.

Other items for auction include prints made by Budge, photographs taken by Amish Chagen, and sand artworks created by artist Nancy Tschetner.

Bidders can purchase jewellery designed by South African jewellers, a hat by milliner Crystal Birch, a custom designed evening gown by Kat van Duinen, an original artwork by Kelly John Gough and a limited print by artist Duncan Butchart. A handmade herd of elephants, crafted by a UK maker, completes the display.

Budge said all funds raised through the auction would be used to support 'How Many Elephants’ direct action initiatives in Africa. The charity partners with anti-poaching units in organisations such as South Africa’s Black Mambas, National Park Rescue, Victoria Falls Wildlife Trust and female anti-poaching team, Akashinga in Zimbabwe, as well as Kenya’s Mara Elephant Project. She said the Big Life Foundation would soon also be added to the list.