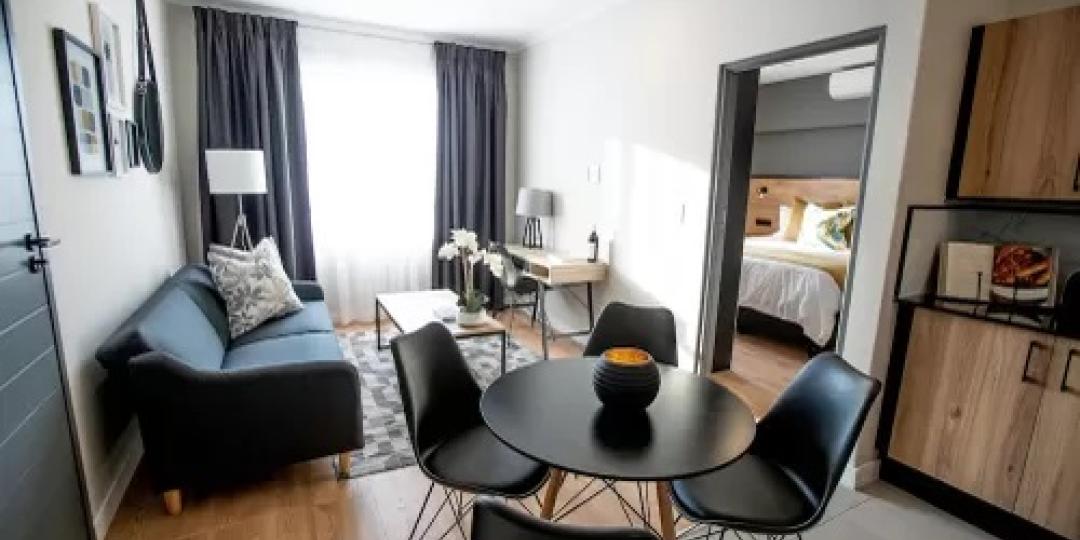 MINT Hotels has opened the first of two properties planned for Johannesburg.

The first two phases of the MINT Hotel, located on Katherine Street in Sandton, have already opened and the third and final phase will open in November.

On the opening of the third phase, the property will offer 148 apartment-style rooms, each equipped for long stays, with cooking facilities ranging from kitchenettes with stove tops for entry-level rooms, to fully equipped kitchens including stove, oven, dishwasher and washing machine-dryer combo in the Presidential Suite.

Facilities at the MINT include a gym and conference centre.

The hotel has partnered with Pablo Restaurant, which serves breakfast, lunch and dinner and also has a Grab and Go breakfast offering from 07h00 to 09h30.

Adriaan Liebetrau, GM of Hospitality for Yieldex, the holding company of the hotel group, says the brand is mid-range but with luxury finishes. For example, all the rooms have extra- length king-size beds.

The hotel has permanent residents as well as business and leisure travellers and has been fortunate with good occupancies over a challenging period, says Liebetrau. He adds that it is ranked as the best-selling hotel in Johannesburg for October and November on Booking.com.

This success, he says, has resulted from positioning the hotel for many segments. For example, Liebetrau says the hotel has seen an increase in bookings from people who want to book a room for a day from which to work and conduct Skype calls, while companies that no longer have office space are making use of the smaller conference facilities for team catch-ups.

A second MINT hotel will open in Wynberg, at Sandton View, early next year, offering 98 apartment-style rooms, all similarly equipped for long stays.