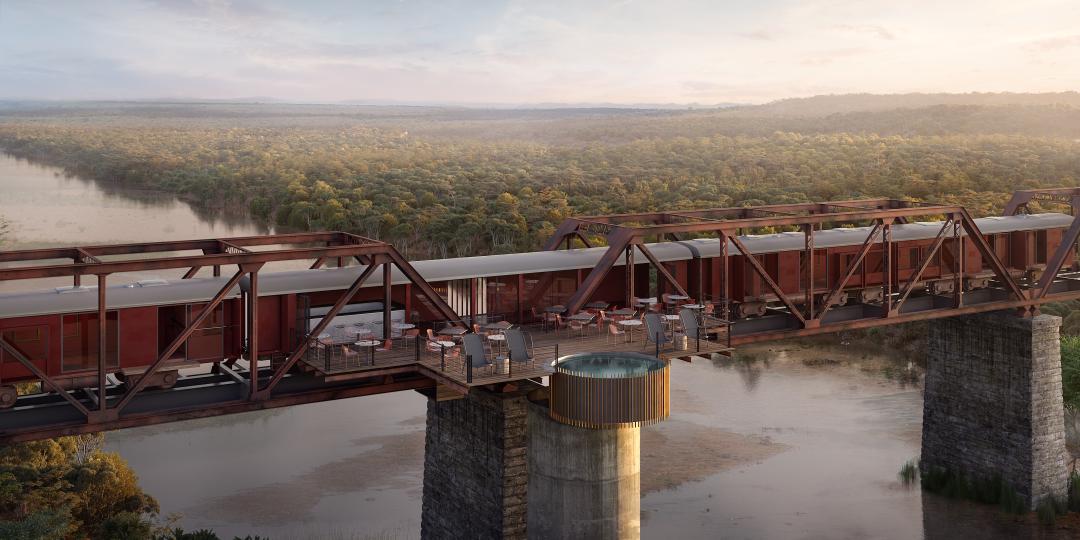 The ‘Train on a Bridge’ over the Sabi River.
Comments | 0

Thebe Tourism Group is to construct a five-star luxury accommodation experience – Kruger Shalati ‘Train on a Bridge’ – in Skukuza Rest Camp in the Kruger National Park.

Gavin Ferreira, General Operations Manager of Kruger Shalati, says the Kruger Shalati ‘Train on the Bridge’ is five-star accommodation in a train carriage placed permanently on a bridge in Skukuza. It will allow guests to enjoy luxury accommodation while sitting atop the Sabi River, looking at game from their bath, bedroom and their balconies. 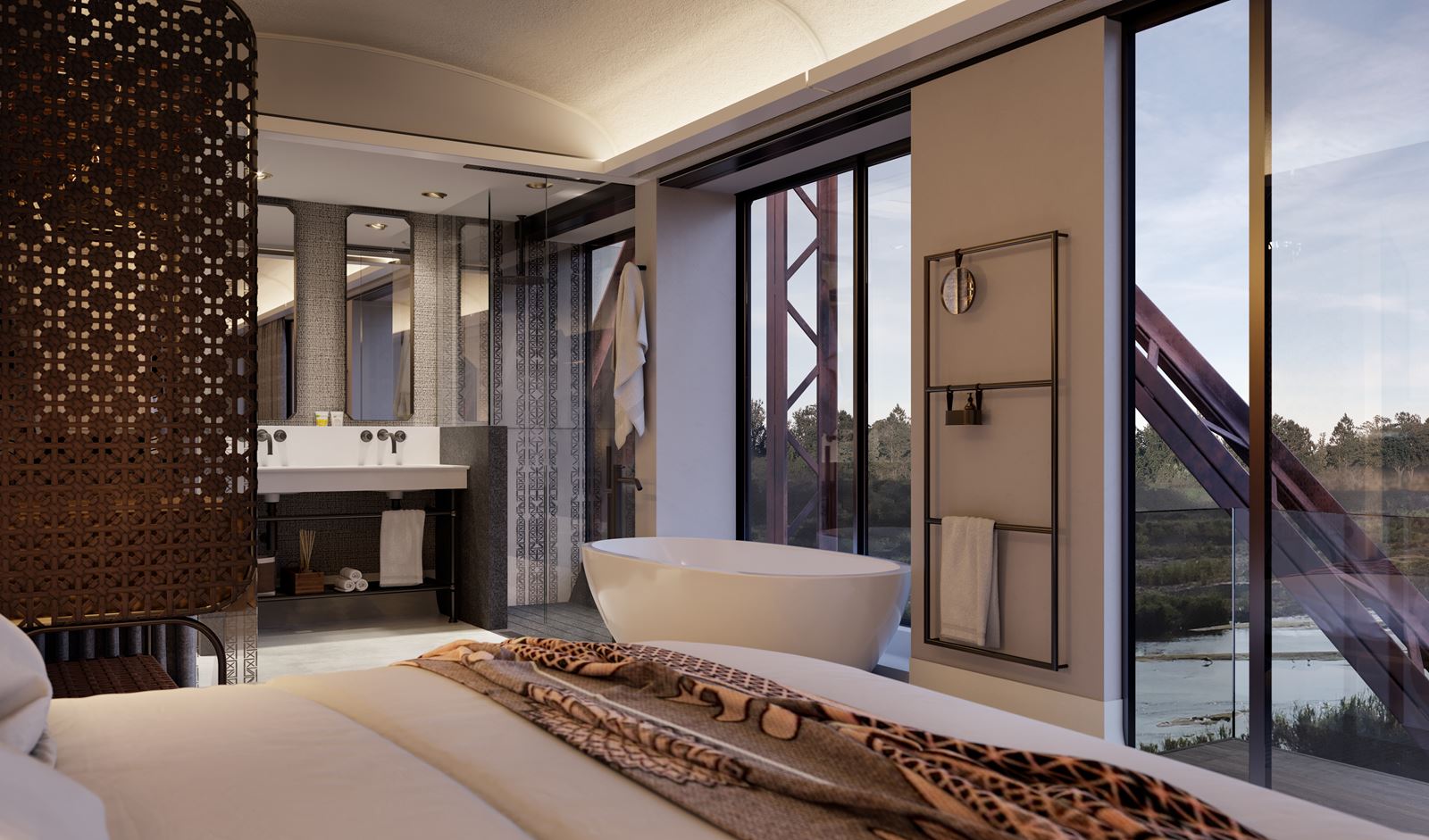 The project will incorporate the iconic and historic original Selati railway bridge at Skukuza Camp where the KNP’s first warden, James Steven-Hamilton, first welcomed guests nearly a century ago.

The train will be restored and upgraded and will have an external walkway attached to the bridge structure, allowing the rooms to be much larger than a traditional compartment-style room.  Rooms will have floor-to-ceiling windows with unrestricted views of the river and surrounding game. The old block-house next to the bridge will be used as a base for a pool deck designed with an overhanging pool metres above the river flowing below. 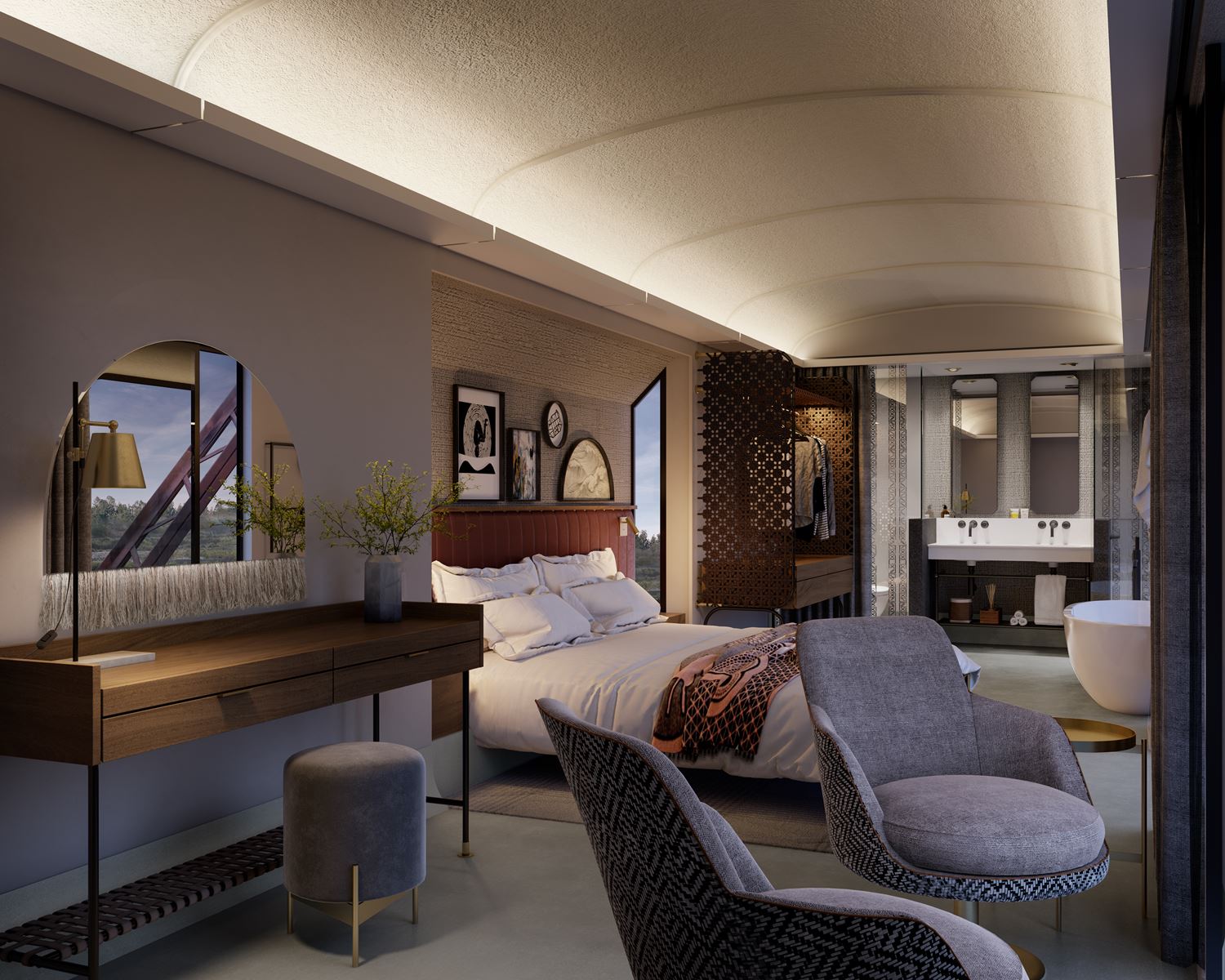 The ‘Train on the Bridge’ will launch on December 16 with 16 en-suite carriage rooms able to sleep 32 people. Another seven rooms in the adjacent Kruger Shalati Bridge Guest House next to the bridge will accommodate 14 people. Each carriage will have only two luxury rooms, to maximise space. There will also be a lounge carriage with a bar and an adjacent deck. By March 2020, capacity on the train will increase to 24 carriage rooms, sleeping 48 people.

All meals and house beverages are provided as well as two game drives per day.