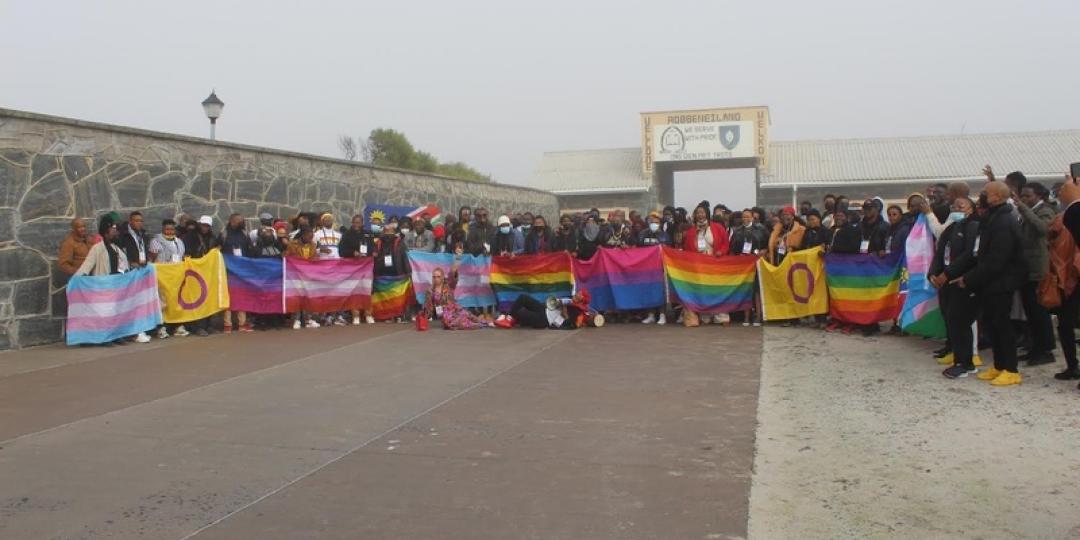 A festival of colour marked the march from Murray’s Harbour to the Maximum Security Prison.
Comments | 0

Robben Island Museum (RIM) in Cape Town celebrated Africa’s colourful diversity on Africa Day by hosting the LGBTI+ community on Robben Island, under the theme Rollbacks, Resilience, and Reinvention, in collaboration with ‘The Other Foundation’.

‘The Other Foundation’ is a Southern African regional LGBTI+ community foundation and every two years it hosts a kopano (translated as a family or community gathering to discuss an important issue) of more than 200 LGBTI+ activists and allies from across the 13 Southern African countries in which it works.

“We believe that holding this year’s kopano in Cape Town in partnership with Robben Island Museum, which is a symbol of the triumph of the human spirit over adversity, will further advance the struggle for the freedom, equality, recognition of human dignity, and social inclusion of LGBTI people,” said CEO of The Other Foundation, Neville Gabriel.

RIM commemorated the start of Africa Month with an exhibition that paid tribute to one of Africa’s most iconic, yet often underplayed, freedom fighters, Robert Mangaliso Sobukwe. Entitled, ‘Remember Africa, Remember Sobukwe’, the exhibition was launched at the Nelson Mandela Gateway to Robben Island on May 3, with a reflection on the life and times of Sobukwe on Robben Island.

“Part of our revised business model is rooted in making RIM more accessible and inclusive to South Africans and, by extension, to all Africans. Our resilience has been tested and in reinventing our offering, a collaboration with the LGBTI community breathes colour into that commitment of inclusivity and diversity in the experiences we create,” said RIM CEO, Abigail Thulare.