The multiple flavours on offer

The multiple flavours on offer 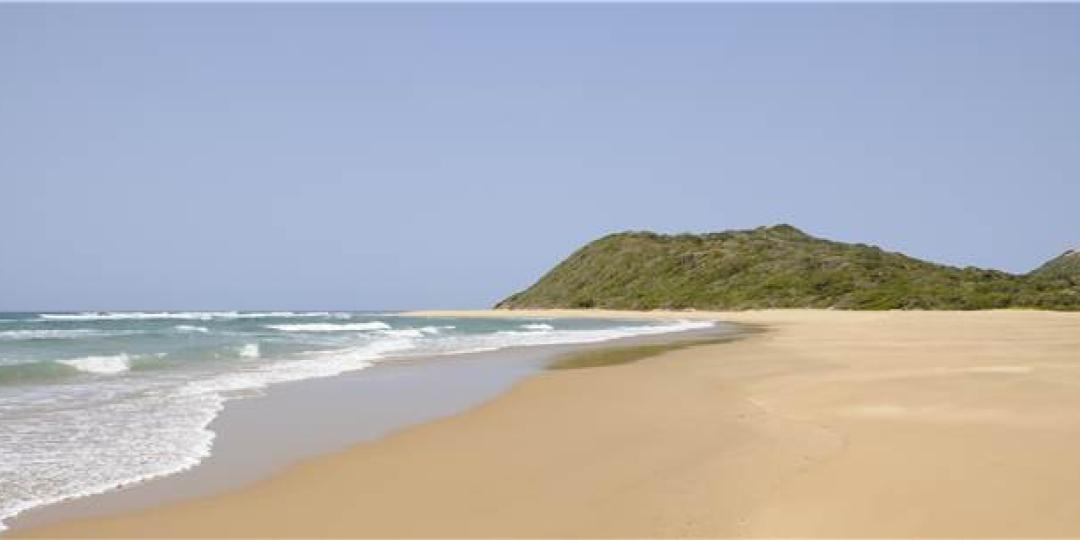 Natalia Rosa uncovers the warmth and wilderness of Mozambique. Exotic, untamed, and ideal for the free-spirited adventurer.

Let the warmth of Mozambique wash over you; its exotic Afro-Latin flavour, tropical beaches and unexplored wilderness are a boon for free-spirited adventurers seeking an unforgettable experience that will tease all their senses.

Mozambique has had its fair share of bad publicity recently but its unique tourism destinations and attractions make it an appealing alternative for adventurous tourists heading to Southern Africa, particularly those seeking a complementary tropical beach experience to their safaris.

From its 2 500km-long tropical coastline and its untamed wilderness areas, to its remarkable heritage and culture, shaped by centuries of Portuguese, Indian, Arabic and African influences; from its soul to its sea, Mozambique promises an authentic, engaging spirit that will captivate travellers.

Centuries of Arab, African, Portuguese, Chinese and Indian influences have shaped the culture of Mozambique today. From its laid-back Latin atmosphere and spicy cuisine to its Moorish architecture, Mozambique’s modern culture is maningue nice (very nice), diverse and captivating.

Gathering global artists for a two-day celebration of music and culture every May, the AZGO Festival brings together music lovers, music styles and new perspectives for exchanges between Mozambican and international artists. Thousands of spectators can enjoy a variety of music styles such as Afro-folk, jazz, reggae, hip hop, electro and Marrabenta, a popular style of Mozambican dance music, combining traditional Mozambican dance rhythms with Portuguese folk music. See more here: http://azgofestival.com/en/

Held every June, Ibo Day Festival, otherwise referred to as Kueto Siriwala (home is where the heart is), commemorates the independence of Mozambique and the birthday of St. John, the patron saint of the island, which is located in the pristine Quirimbas Archipelago. In addition to traditional dancing of Arabic and Portuguese origin, bonfires in the town square, delicious local seafood dishes and arts and craft displays, there are also signing competitions and dhow races. The festival ends on June 26 with a procession to the beach where the island’s returning brethren wait for the tide to allow them to leave the island through its mangrove forests.

Mozambique’s most renowned craft is arguably its Makonde art, created by the Makonde people in the north of the country. Ranging from ebony masks and figures to household furniture such as lamps, Makonde pieces are widely collected and have been since the 1950s. The Makonde’s Mapiko masks have been used in coming-of-age rituals for centuries and represent spirits, ancestors or living characters.

With strong Portuguese and Arabic influences, Mozambique’s cuisine is spicy and varied, with staples such as peri-peri chicken, seafood curries and hearty soups often gracing restaurant menus. Enjoy fresh seafood dishes from steamed crabs to peri-peri prawns at Maputo’s renowned Mercado do Peixe (Fish Market) or head to a pasteleria (patisserie) for traditional Portuguese pastries such as pasteis de nata (custard tarts) or bolo de arroz (rice flour cake) and a coffee, a mid-morning tradition that has been inherited from the Portuguese. The staple eaten by most locals is maize-meal porridge topped with a meat or vegetable stew, although frango (barbecued chicken), curries and rice, and pregos (steak sandwiches) are also popular.

Mozambique’s heritage tourism potential is undeniable, with two of the region’s richest attractions ready and able to welcome international tourists. Both Ilha de Moçambique and Ibo Island showcase their rich heritage through annual festivals and both are a popular option for leisure tourists.

A jewel in Mozambique’s tourism crown is Ilha de Moçambique, a World Heritage Site and once the capital of Mozambique, with a number of historic buildings in its Stone Town dating back to colonial times. The island’s key feature, Fort São Sebastião, was built in the 16th century and its role as a major slave, spice and gold trading post for the Portuguese on their trips to India remained until the Suez Canal opened and the capital was moved to Lourenço Marques (Maputo). Today the island offers a charming village-style atmosphere with cafés, restaurants and beautifully restored historic buildings, although it must be said that there are also many ruins.

Ibo forms part of the Quirimbas Archipelago in northern Mozambique and was first regarded as a Muslim trading port before being fortified by the Portuguese in the 17th century. In addition to its interesting location, reached by boat from the mainland through magical mangrove forests, Ibo’s main attraction is its Fort São João which today houses a small naval museum and a silversmith’s craft store. There’s even a coffee shop on the island!  Tourists can also use Ibo as a base from which to explore the pristine Quirimbas Archipelago and enjoy snorkelling, diving and kayaking through mangrove forests, dhow trips and bird watching, among other activities. For more information, visit www.iboisland.com/ibo-island/

Mozambique’s myriad of cultural and historical influences has left its mark on its cities, from landmarks such as the Railway Station on Maputo’s Praça dos Trabalhadores (Workers’ Square), designed by a pupil of Gustave Eiffel, to the colonial flair of Beira reflected in its exceptional cuisine and architecture.  Maputo’s wide, tree-lined avenues, street music, traditional Portuguese cuisine served at cafés and beautiful old colonial palaces give it a charm of yesteryear, while 1950s resort hotspot, Beira, has a number of beautiful beaches and colonial buildings such as the cathedral and lighthouse. Walking tours showcasing Maputo’s architecture, culture and tradition are organised by Maputo a Pe. (https://www.facebook.com/Maputo.a.Pe/info?ref=page_internal).

Mozambique’s vast interior is perfect for 4x4 enthusiasts and adventurers who may find better wildlife experiences elsewhere, but will enjoy the unexplored, untamed wilderness nature of the country’s hinterland.

Once one of Africa’s most popular safari destinations, Gorongosa National Park has only recently re-emerged as an ultimate adventure safari destination following decades of civil war that virtually decimated its wildlife population. Increasingly described as Africa’s last Eden, Gorongosa and its remarkable variety of ecosystems are fast being restored. Visitors can stay at the newly refurbished Chitengo camp in the heart of the park, as well as participate in a range of activities, including game drives, birding, hiking to the waterfall, day trips and visits to the local Vinho community. For more information, visit www.gorongosa.org.

The natural border between Mozambique and Malawi, Lake Niassa is the third largest and second deepest lake in Africa. Its pristine, crystal-clear waters, white sandy beaches and remoteness make it the perfect secluded tourism destination. Nkwichi Lodge offers a range of activities at what it calls Africa’s most bio-diverse lake, including paddling, snorkel safaris, canoeing, sunset dhow cruises and fishing trips in traditional dug-out canoes. The nearby Niassa Reserve is Mozambique’s largest reserve and is home to a range of wildlife species, including wild dog and elephant. For more information, visit http://www.nkwichi.com/

Initially established to protect the elephant population in the area, Maputo Special Reserve is today one of Mozambique’s most protected areas, spanning over 1 000 sq km and comprising lakes, wetlands, mangrove forests and a pristine coastline, including beaches such as Ponta Chemucane, Ponta Milibangalala and Ponta Dobela. In addition to wildlife, visitors will be able to see a variety of marine species, including whales, dolphins and marine turtles that build their nests along this part of the coast. The reserve is just a few hours’ drive from Maputo and day tours are offered by Dana Tours (http://www.danatours.net/) and Bushfind (http://www.bushfind.com/).

<Subhead> Beyond the deep blue sea

Arguably, Mozambique’s greatest differentiator is its incredible coastline and range of endemic marine species from dolphins to the ever-elusive dugong.

One of Mozambique’s most pristine conservation areas, the Bazaruto Archipelago, comprises five tropical islands: Bazaruto, Benguerra, Magaruque, Santa Carolina and Bangue, each with its own unique charm and home to several upmarket lodges. Bazaruto has picture-perfect, deserted white-sand beaches and magnificent azure-blue waters with incredible marine life that includes one of the last viable dugong populations along the East African coast. The protected area’s coral reefs are home to thousands of fish and coral species, making it a popular snorkelling and diving hotspot. In addition to relaxing at one of the islands’ luxury lodges or exploring the destination’s marine life, there are also dhow safaris and game fishing.

Located in the Indian Ocean off northeastern Mozambique just north of Pemba, the Quirimbas Archipelago is an ecologically pristine and largely unexplored marine area, comprising over 30 islands stretching hundreds of miles, including Ibo, Matemo, Medjumbe and Quirimba, among others. In addition to their Arabic and Portuguese heritage, these islands are renowned for their exceptional diving, kayaking and snorkeling sites, as well as their Arabic, Indian and European cultural influences.

Arguably the most popular beach resort destination for local and regional tourists, the province of Inhambane, with its Ponta da Barra and Tofo Beach holiday hotspots, offers a range of holiday activities that will appeal to international travellers. Visitors can dive with the whales and rays at Manta Reef, catch marlin off the beaches of Pomene or snorkel off Paindane’s stunning Lighthouse Reef. The town of Inhambane hosts a fascinating annual dhow race each November.

Popular beach holiday destinations in southern Mozambique include Ponta do Ouro, Ponta Malongane and Ponta Mamoli. Diving, snorkelling, horse riding, deep-sea fishing and even swimming with the dolphins have become increasingly popular, especially with regional tourists. These beaches are the quickest to access from South Africa by road.