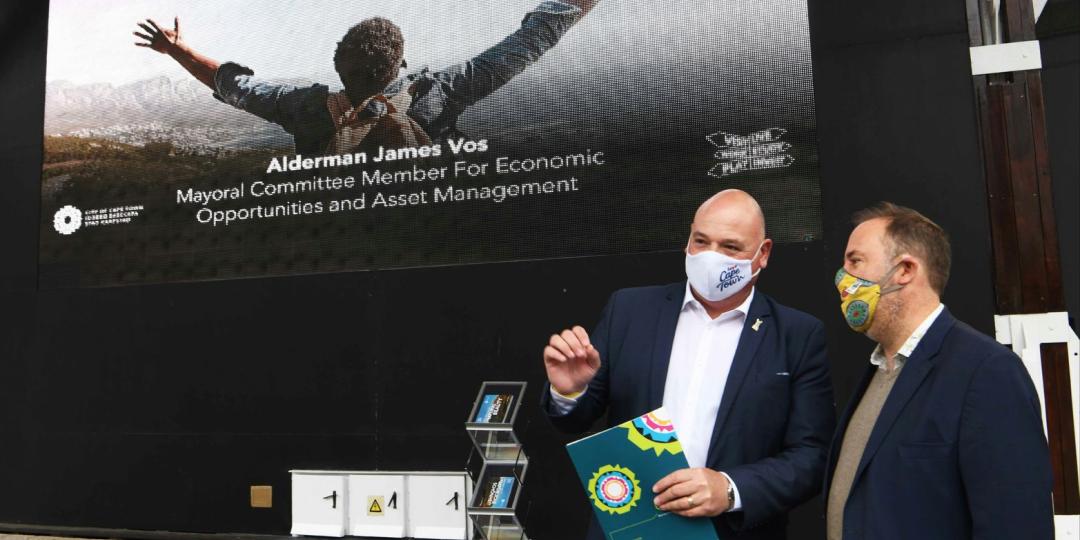 The City of Cape Town (CoCT) has launched its destination marketing campaign ahead of the high season – focused on wooing key international and local travellers.

“It is my distinct pleasure that the campaign that we are launching today is rooted in the City’s six pillar destination marketing communication plan that aims to capture the fullness of our offering as the Mother City and positions Cape Town as the premier destination to visit and explore, study, work, play and experience, invest, or quite simply live,” said the City’s Mayoral Committee Member for Economic Opportunities and Asset Management, James Vos.

He pointed out that, from last Friday (October 22), and over the coming months, people using bus stops, subway stations and other high-traffic locations around Munich, London and New York will see the City’s billboards and digital screens with scenes showing the wide variety of experiences and beauty in Cape Town.

“With almost 40% of 2019’s international visitors to the Western Cape from the US, UK and Germany, our plan is to target these global markets first, especially as many Northern hemisphere residents look to escape their harsh winter weather. It is for this reason, that I invited the three countries’ consul-generals to join us at the launch – and they obliged,” said Vos.

Speaking during the official launch on Friday, Vos highlighted that Place Marketing branding would also go out in airports in Johannesburg and Durban as part of continued efforts to drive local travel and investment.

“With the national lockdown forcing many employees to work remotely, there has been an uptick in South Africans from other parts of the country packing their bags and ‘semigrating’ to our shores, and this is something I want to capitalise on,” he added.

“I would like to explore how we can ramp up our marketing to places across Africa. My aim is to secure more sister city agreements and partnerships in markets across the continent.”

According to him, travellers from African countries comprised 74,3% of the total international visitors to South Africa in 2019.

“Through the Air Access initiative, which receives funding from the City, we have built a successful air connectivity programme with cities around the continent and worldwide, and so it makes sense to further develop this for the benefit of travel and trade, and show that Cape Town is a proudly African city.”

Preparing for a massive influx of travellers

Vos pointed out that Cape Town’s international campaign was launching at a critical moment. The UK government’s decision to remove South Africa from its red list saw an immediate surge in flight bookings and some estimates say as many as 300 000 UK travellers might head SA’s way this summer.

“With readers of Britain’s Telegraph newspaper voting Cape Town as their favourite city in the world for seven consecutive years and Travel + Leisure magazine’s global audience rating ours the best city in Africa and the Middle East, I think we should prepare for a massive influx of travellers,” he said.

There is similar optimism from the US, with United Airlines announcing recently that it will be resuming flights between New York and Johannesburg and will soon restart its Cape Town route.

“In 2019, we had three flights per week from New York to Cape Town, which was made possible through our Air Access initiative. I had the distinct pleasure of leading a delegation of city officials to New York for in-depth talks with the NYC & Company destination marketing group and United Airlines executives,” said Vos.

“Expanding on our marketing campaign, our DMO, Cape Town Tourism, will soon roll out its ‘Find Your Freedom’ initiative, offering interactive videos. They will also partner with tour operators, agencies and airlines such as Germany’s Lufthansa with the objective of converting interested travellers into actual visitors. My priority is to drive that conversion and see more people make bookings, because it is those bookings that benefit our local businesses and industries,” elaborated Vos.