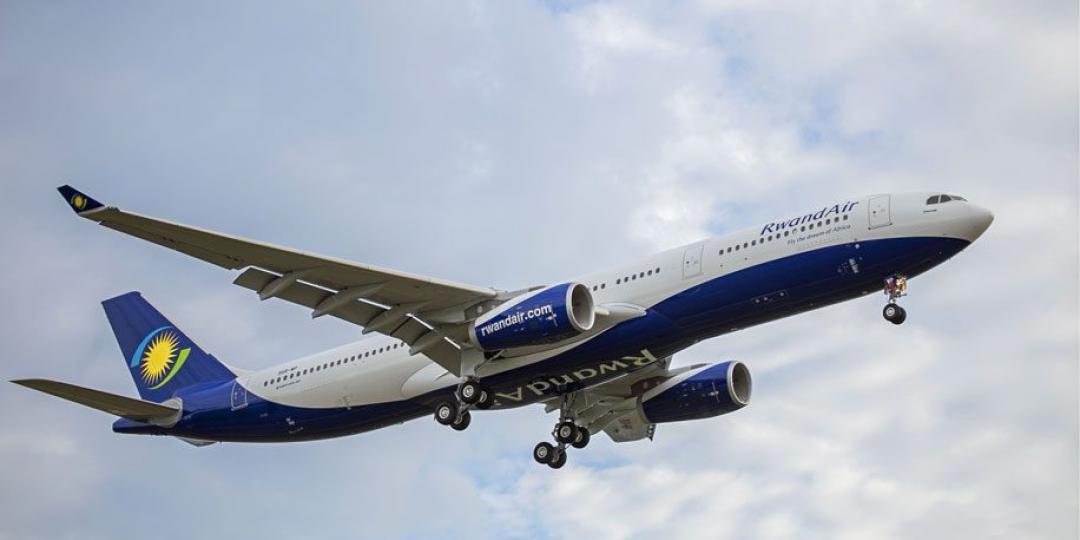 An Airbus A330 is deployed on the Kigali to London route.
Comments | 0

RwandAir’s London office has announced a third flight between London and Kigali just in time for the high season.

The airline’s Kigali-Brussels-London service – with flights on Saturdays and Tuesdays – resumed in July this year. Now, effective December 1, travellers will be able to fly between London and Kigali every Tuesday, Thursday and Saturday.

This follows Rwanda’s removal from the UK’s red list.

According to the latest Visit Rwanda statistics, about 16 000 UK travellers visited the country in 2018 but projections pre-COVID were that numbers were on the rise due to increased interest in the East African country by British travellers.

Due to restrictions because of the COVID-19 pandemic, Rwanda’s total tourism numbers dropped 76% last year, but Chairperson of Rwanda Tours and Travel Association, Bonita Mutoni, was quoted by CNN Travel recently, saying that numbers were up just over 20% in the last few months.

Rwanda’s tourism stakeholders have been focusing on diversifying the country’s tourism offering away from purely scenic beauty and gorilla trekking, and developing its sports and entertainment offering as well.

This includes golfing, with the Gary Player-designed 18-hole course replacing the nine-hole course at Kigali Golf Club earlier this year.

New land was acquired to allow the design firm to extend and reroute the course. All the original holes were replaced, and the driving range was also expanded. Some of the newly acquired land has been set aside for real estate, a hotel and conference facilities.