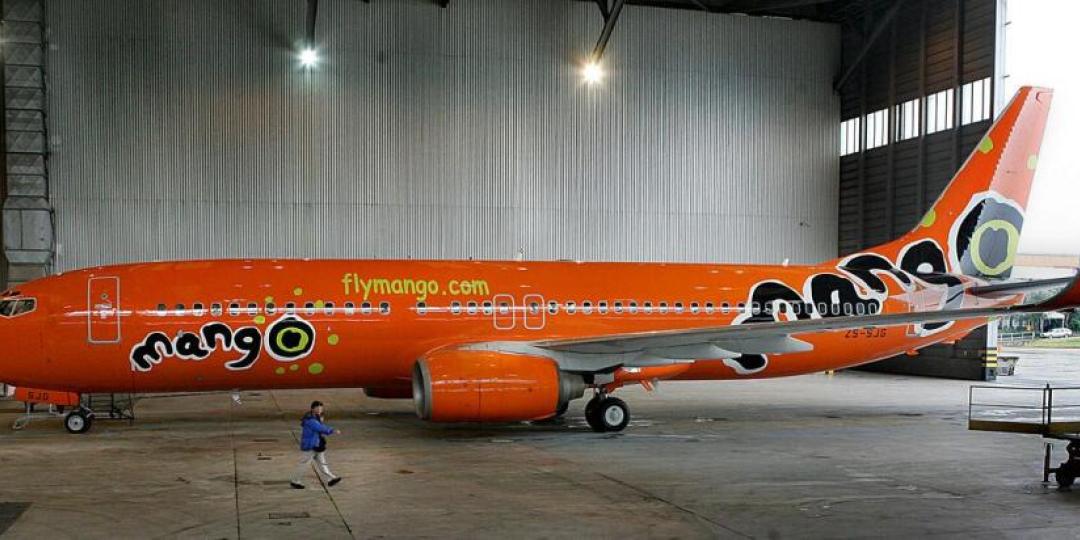 Low cost carrier, Mango, has called for expressions of interest from potential qualifying bidders to buy and safeguard the future of the business by no later than 17h00 on December 20, 2021. Late applications will be disregarded, the airline has warned

This is after a new, revised Business Rescue (BR) plan for Mango Airlines was approved by creditors last Thursday (December 2).

In the meantime, Mango is on the shelf, and ‘mothballed’.

Details about the investor process, a bid process letter and confidentiality agreement, which interested parties must sign, are available on the flymango.com website under the Business Rescue (BR) tab.

A decision to sell Mango, rather than revive the business, was made when BR practitioners confirmed in the original BR plan that SAA had no desire, or available funding, to see Mango flying again until an investor was found.

SAA said Mango should be “mothballed” until an equity partner could be identified.

BR practitioners updated their BR plan accordingly, which was approved at a meeting with creditors on December 2.

SAA said the approval from creditors paved the way for Mango to find an equity partner.

BR practitioners have also indicated that the process to secure a successful bidder (inclusive of concluding the relevant acquisition agreements), is anticipated to be completed by the end of March 2022.

What it means for Mango

After SAA said it saw no reasonable prospects of Mango succeeding should it be operationalised prior to obtaining an investor equity partner, the BR practioners’ team went back to the drawing board.

In an annexure, ‘Assumptions underpinning the financial model’, attached to the newly updated BR plan, also available on Mango’s website, it is suggested that BR practitioners assume that a new investor will re-fleet Mango with eight aircraft, and that a potential bidder should have the means to add more aircraft to meet demand, “based on Mango’s route rights and then prevailing market conditions”. This highlights the importance of Mango’s route rights and network, including Zanzibar, which is a desirable prospect for other airlines.

The BR practitioners said their assumptions were based on projections modelled on operating a fleet of a maximum of eight aircraft from April 1, 2022.

Jordan Butler, Chair of the Mango Pilots’ Association, was encouraged that the way forward was clearer. He said most of the airline’s staff had opted for voluntary severance packages because they believed it would take longer than three months to secure a bidder, re-fleet and restart operations.

“You couldn’t get more loyal staff if you tried,” he said, referring to Mango’s employees. “Whether an investor comes on board remains to be seen. The Department of Public Enterprises and SAA have committed to supporting the process, but we will see if, when push comes to shove, they do.

“Mr Sono (Sipho Sono, Mango’s BR practitioner) seems quite convinced that he can tie it all up now and have it done by March next year. I hope he is right,” said Butler.

Regarding unflown tickets, ticket-holders have been advised to hold on to their tickets for future use when Mango restarts. Or they can opt to become creditors on the same terms as Mango’s other creditors.