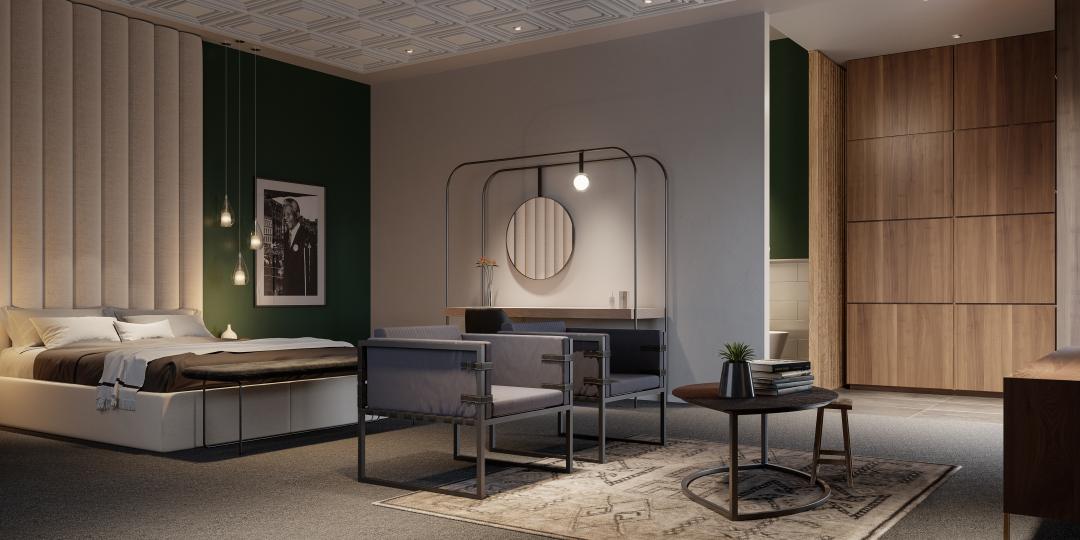 One of the nine bedrooms at Sanctuary Mandela.
Comments | 0

Set to open on August 1, the hotel features nine rooms accommodating up to 18 guests, retreat spaces for reflection, and a personal connection to the private life of Madiba, as Mandela was affectionately known.

It is the only former residence of Madiba accessible to the public not as a museum but as a venue for an intimate stay filled with mementoes of the global icon.

The development is a partnership between the Nelson Mandela Foundation, which owns the property, and Motsamayi Tourism Group, which is the administrative and marketing partner for the management of this extraordinary hospitality experience.

Sello Hatang, CEO of the Foundation, believes this is an important step in testing a model for the sustainability of heritage sites related to the life and work of Nelson Mandela.

“Madiba dreamed of a just and peaceful world in which societies prosper. He lived to make a difference in the lives of everyone; his leadership was about service to the people. We hope to attract global leaders and other visitors to stay at Sanctuary Mandela to reflect and draw inspiration from the spirit of Madiba,” he said.

“We announced plans to begin the construction of this project on the centenary of his birth on the 18th of July, 2018, and, since then, have made great progress. We are now ready to show this special tourism experience to the global community,” he added.

President Nelson Mandela lived at this property before and during his presidency. As the first democratically elected President of South Africa, Mandela is regarded as the father of democracy in the country.

“We strive to preserve Madiba’s memory, values and principles. And, with this product, we want to ensure that his memory as a global icon lives long, and his values and principles are instilled – or at least evoked – in leaders from around the world in order to usher the world into a future where all of us – regardless of race or gender – are equal and live in harmony with one another and with the environment, especially in a post-pandemic world,” says Jerry Mabena, CEO of Motsamayi Tourism.

Motsamayi Tourism Group (MTG) was, until recently, part of the Thebe Investments stable, a company established by Nelson Mandela and some of his friends – including Walter Sisulu, Beyers Naude and Dr Enos Mabuza – for the sole purpose of fostering real economic transformation in South Africa.

A few months ago, Mabena and the MTG management team took ownership of the business alongside funding partner, Future Growth, and will be undergoing a rebrand over the next few weeks.