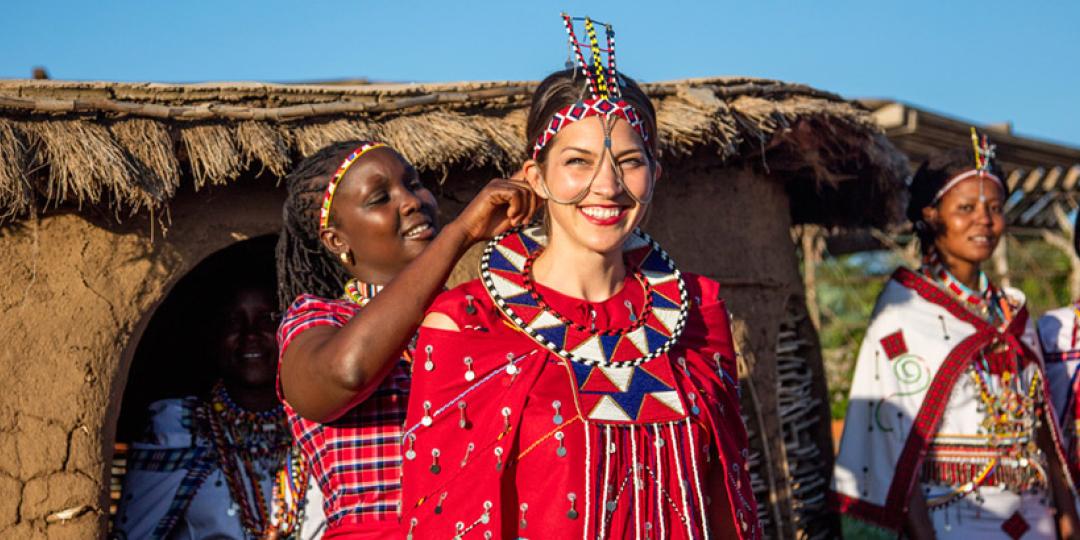 Angama Mara, a lodge located above the floor of Africa’s Great Rift Valley and overlooking Kenya’s Maasai Mara, has created an experience to mark the Jewish coming-of-age ritual of both Bar and Bat Mitzvahs.

Families staying at the lodge celebrate by exposing their children to what young Maasai men and women undertake on their journey into adulthood. Angama Mara also has a kosher kitchen so we can cater for their dietary requirements.

“Being in the heart of Maasailand means Angama Mara guests have the opportunity to learn more about how this significant milestone is celebrated in a completely different culture from their own, all the while sharing experiences and learning from one another,” says Angama Mara ceo Nicky Fitzgerald.

She adds that while Angama has accommodated several Jewish guests on this experience, there has also been interest from non-religious family groups who want to give their children the opportunity to learn more about what it means to come of age in an entirely different culture.

The Bar Mitzvah and Bat Mitzvah celebrations both start with an early wilderness walk.

The Bar Mitzvah celebrant will be accompanied by a Maasai naturalist who will share his stories about becoming a Maasai warrior. While exploring Maasailand, he will be taught the traditional skills of spear and rungu (wooden club) throwing.

After breakfast, the young man will spend some contemplative time with a Maasai elder in a manyatta (traditional homestead) where they will discuss what it means to come of age in the Maasai culture. The day’s events come to celebratory close with the family gathering in the sundowner boma overlooking the Great Rift Valley, where the young man will be taught how to jump like a Maasai warrior. The occasion will be commemorated with a Maasai blessing and the presentation of a yarmulke beaded by local women.

On the Bat Mitzvah celebration, the young woman will be accompanied by a Maasai maiden who will share stories of what it was like to grow up in her culture. Afterwards, the family will gather in the Shamba (lodge kitchen garden) where they will be greeted in song by Maasai women. From here, the Bat Mitzvah girl will be escorted to the manyatta and be adorned with traditional beaded gifts. The group will head back to the deck of the Shamba where the family will witness a ceremony where the young woman will be given a Maasai name.