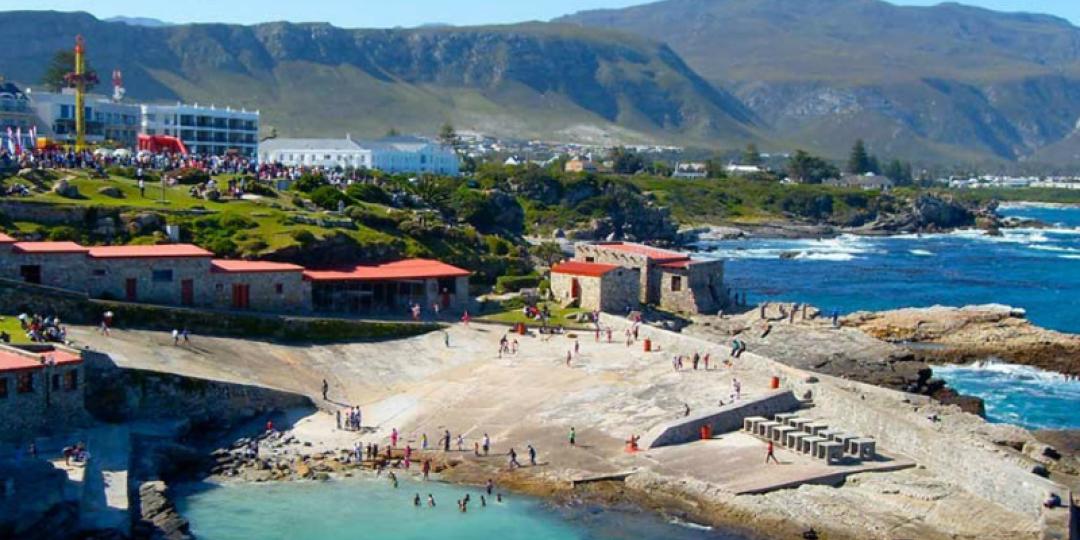 The tourism industry in the Western Cape town of Hermanus is pulling out all the stops to ensure 2020 is a year of growth, following the fall-out from the “disastrous” 2018 service-delivery protests in which businesses and key tourism infrastructure were damaged or totally destroyed.

Tourism to the town dropped significantly after the riots as many felt unsafe. Hermanus Chamber of Business Head, Gerhard Serfontein, told Tourism Update that the “brutal reality” was that 20 businesses – restaurants, retailers etc. – closed down in 2019.

Many tourism industry players believe they can draw direct correlations to the riots and a drop in revenue.

Despite these setbacks, the tourism industry is forging ahead with ambitious plans to rebuild and regrow. Serfontein said a timely confidence booster was received in November when Unesco named the Overstrand municipal area a ‘Creative City of Gastronomy’.

Hermanus – along with the villages on the ocean drive from Rooiels to Kleinmond, Stanford and Gansbaai – was selected for the many small producers, farmers, wineries, breweries, farm stalls and eateries that have turned it into a ‘culinary coastline’.

Petros Dumse, of Overberg Towing in Zwelihle, was confident of the town’s return to stability.

“Business has been back to normal in Hermanus and Zwelihle since January last year. The mood is better since Zwelihle Renewal (the protest group) ceased its efforts at disruption and destruction,” he said.

Meanwhile, a business initiative that aims to prevent a repeat of 2018 is the Whale Coast Business and Community Forum (WCBF), chaired by Barry van Vuren. He said the forum had started an Initiative to create a safe Hermanus and protect ‘brand Hermanus’, with a focus on community affairs.

Citing the town council’s relative incapacity in terms of police patrol vehicles, Van Vuren said the WCBF offered ‘top-up’ services, specifically regarding cleaning and ensuring safety of tourism hot spots in the town. “We can’t afford as a tourist destination to have the cliff path dirty and unsafe.”

There are visible signs of this. Tourism Update came across three male guards employed by the WCBF initiative while running on the cliff path.

Serfontein is clear about what’s needed. “The obvious requirement now is to create jobs, and for stakeholders (community leaders) to find respectful and constructive ways to solve our social development needs.”