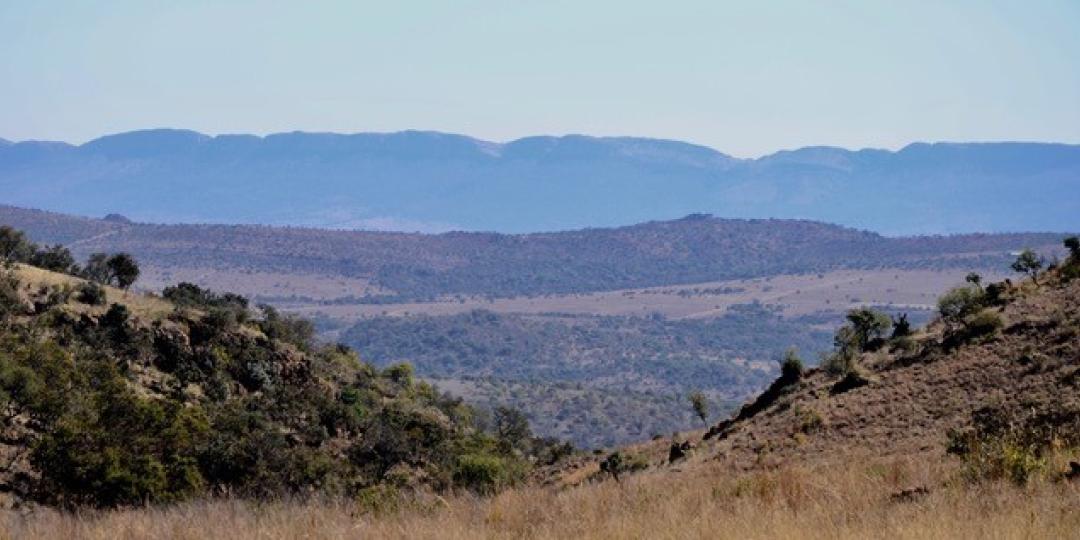 The Cradle of Humankind is arguably the next big thing on the South African tourism landscape. While it has been around, literally, since the beginning of time, it is the new man-made additions to the rolling landscape that have elevated its status.

Possibly most significant is the Malapa Museum in the Cradle Nature Reserve. It was launched late last year at the Cradle Boutique Hotel, on the R540, the Kromdraai Rd, which on any given weekend is busy with cyclists.

The museum is essentially a monument to US-born South African Lee Berger’s discoveries in the Cradle’s dolomitic hills – australopithecus sediba and homo naledi. Not interactive as is the trend of many modern museums, it is nevertheless contemporary and colourful in design and feel, a space in which young and old will find exhibits and snippets of interest.

Of significant interest to many will be the fact that the Cradle remains a ‘live’, ongoing paleontological dig site, with Berger’s teams scratching around at a few of the significant existing digs. Gladysvale is one, where Berger and a colleague discovered two teeth of Australopithecus africanus. This find made Gladysvale the first new early hominid site to be discovered in South Africa since 1948, and shifted the ‘paleo’ focus back to the hills outside Johannesburg from East Africa.

This fascinating paleo history is presented to visitors by geologist and freelance guide Howard Geach. Just as he introduced me to the area as a fellow guide, making my re-acquaintance with the area after a decade based in the Western Cape, so he does with his guests.

The introduction is dramatic. At the top of the stairs leading from the car park down to the hotel, eyes are drawn simultaneously to the Highveld woodland in which the hotel restaurant rests immediately below, and a wide expanse of rolling Highveld savanna grassland hills on the horizon (it’s a beautiful sundowner spot).

Geach points out the inconspicuous rock formations, billions of years old, next to the stairs. Straddling two of them, he points out that the distance in time between one’s feet is five hundred million years.

If a herd of eland had galloped through the plains across the valley, looking towards Hartbeespoort Dam, it would be a marketer’s dream. “All this, 8 000 hectares, just 45 minutes from Sandton hotels.”

The Cradle Nature Reserve has a populations of plains game, with impressive herds of red hartebeest and blesbok joining those of the largest African antelope, the eland. Wildebeest, warthog and zebra, a couple colonies of meerkat and, ever-present in such hills, leopard and jackals, make up the numbers, with the latter always heard as the sun sets.

The jackals are not always best heard on Fridays and Saturdays, with the hotel, its cuisine and signature swimming pool attracting Johannesburg’s hip and in-crowd over the weekend. The reserve, whether by design or good fortune, has two alternative offerings for weekend nature enthusiasts interested more in nature’s calls than chilling to acid-jazz.

One is a safari tented camp, where wildebeest like to graze, near the restored heritage home of one of the early gold-mining magnates under a grove of white stinkwood trees. The other is a fly-camp, four tents sheltered in a grove of trees, on the crest of a koppie with a view past the Hartbeeshoek satellite station to the Hartbeespoort Dam region of the Magaliesberg hills. 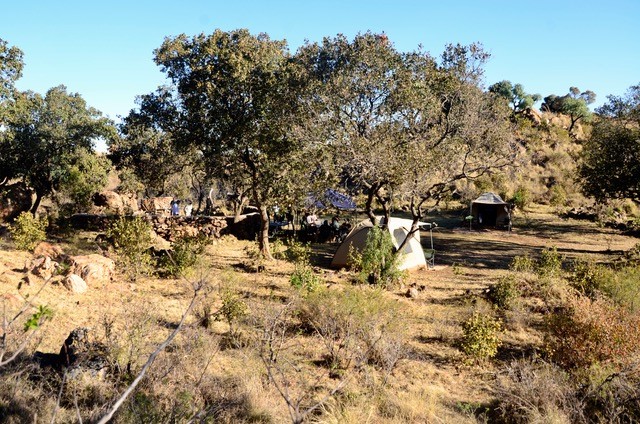 With a bucket-shower heated by a ‘donkey’, and the hotel’s impressive catering on hand, this is an impressive addition to the list of Johannesburg escapes. Someone expected to prefer such surroundings to the hotel is eminent Gauteng battlefield guide Rob Milne, usually seen wearing his period-piece (Australian Royal New South Wales Lancers) headgear, replete with emu feather.

“A guest gave it to me,” says Milne, standing on a hill overlooking one of the Cradle’s many valleys, “when he returned from Australia for yet another of my Magaliesberg battlefield tours.”

He has an encyclopaedic knowledge of that war, relating that these hills ‘hosted’ more skirmishes and battles than any other sites, including KwaZulu Natal, where blood was spilt at Spioenkop and Isandlwana.

Milne will point to non-descript bushes and sinkholes (not unlike Geach pointing to the ancient rocks that first released oxygen to the earth) and explain that it was the mess kitchen of the British troops bivouacked.

He is still making discoveries, with some of his most recent at Diamond Hill, east of Pretoria, where he says the second last conventional battle of the war was fought. His detailed knowledge of the compelling Cradle landscape, like Geach’s, is so specific that it provides for yet another layer of story, emerging like those of our fossilised ancestors, from the earth beneath their feet.