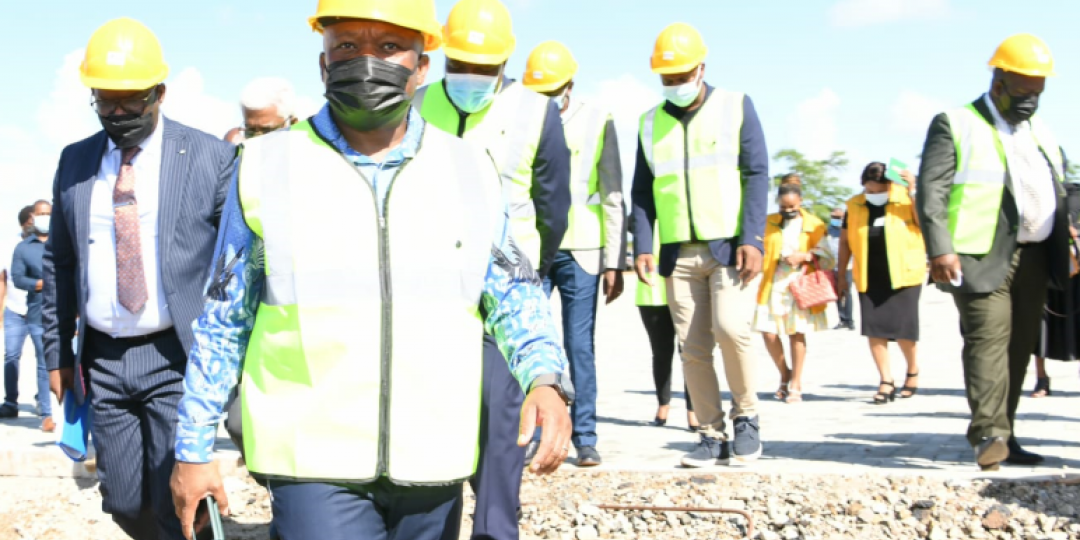 KwaZulu Natal Premier Sihle Zikalala described the progress made in the R72m (€4.2m) upgrade of Mkhuze Airport as “a welcome booster shot” for the provincial economy.

He was speaking on the sidelines of his Operation Siyahlola (‘following up on our commitments’) tour in uMkhanyakude District on Tuesday (January 18), where he inspected the progress made on the construction of Mkhuze Airport and Aerotropolis.

Zikalala said work on the airport was evidence of the provincial government’s programme of action to position the province as a leading provider of aviation and transport infrastructure in Africa and the world. “While focusing on tourism and cargo, Mkhuze Airport will complement King Shaka International Airport through charter flights from Durban and other major areas such as Cape Town, Johannesburg and the Kruger National Park.”

The uMkhanyakude District in northern KZN has the highest concentration of game reserves in the province and Zikalala said KZN’s Regional Airport Strategy had identified nine strategic regional airports in the province as critical for tourism and cargo development.

He said Mkhuze Airport was expected to attract critical infrastructure and investment in mixed-use developments on land adjacent to the airport, while also supporting the proposed Agri-hub in Mkhuze.

Economic Development, Tourism and Environmental Affairs MEC, Ravi Pillay, who was also on the tour, said the province was committed to increasing trade, tourism and beneficial collaboration with the rest of the world. “Efficient and regular aviation services are necessary if we are to increase the number of visits to our province, in order to grow tourism numbers and to create jobs up and down the value chain,” he added.

Zikalala also welcomed the return of Qatar Airways to Durban following its suspension of flights ahead of the festive season due to COVID-19 health regulations. “Direct links to mid-hemisphere hubs such as Doha in the Gulf region bring the world closer by providing easy access to the global capitals of the world.”

Qatar Airways provided the province with connectivity to more than 150 markets around the world, said Pillay. “With our vaccination programme well under way, the reintroduction of Qatar Airways allows us to revive our connectivity to strategic global markets, while rebuilding our relationships with both business and leisure travellers as well as service the demands of our airfreight market directly from Durban.”