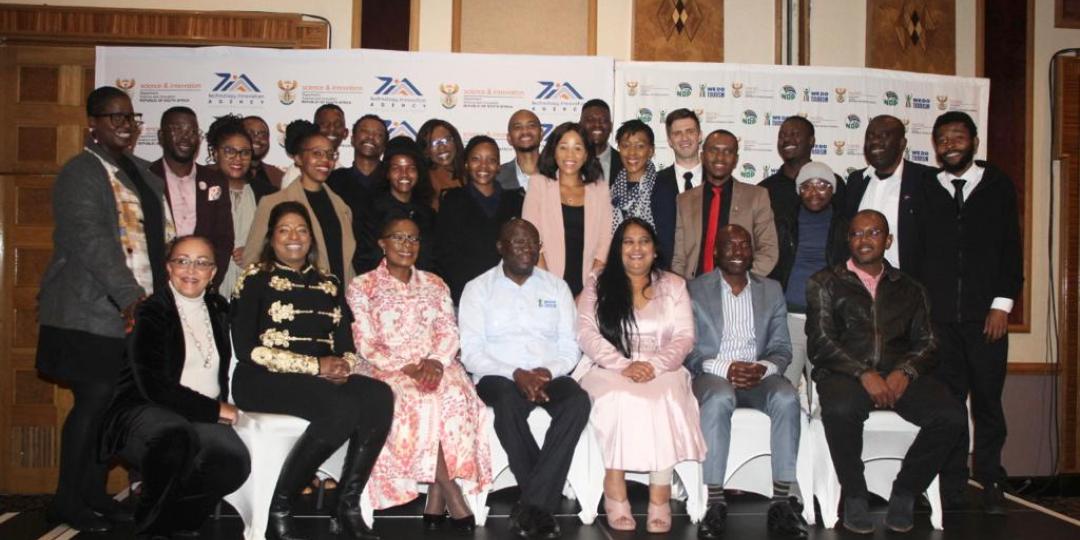 Deputy Minister of Tourism, Fish Mahlalela (centre, seated), and the youth innovators that are part of the TTGIIP.
Comments | 0

The Tourism Technology Grassroots Innovation and Incubator Programme (TTGIIP) – launched on June 23 – showcased some of the youth visionaries exhibiting their tourism technology innovations.

Tourism Update spoke to some of the innovators who have already received some of the funding, to get a sense of the future of South African tourism through technology.

Kyle Brijder is currently beta testing his App Guido, which aims to benefit the traveller and the tour guide, and is different from conventional apps where tourists can choose from available tour guides.

“We flip the switch. We allow tourists to create the offering on demand and we pair them with the most relevant tour guide. The tour guide can then either accept or decline the tour,” he said.

Guido, which may change its name to Tripper after conducting focus groups, is a digital job wall for tour guides, where they can see how many tourists want to go on a specific tour.

Tourists will also be able to choose a tour or create their own tour, and then the app pairs them with tour guides who will be able to take them on their tour.

Guido is currently testing in Cape Town and the aim is to take the app to a national level.

“I think this programme [TTGIIP] is one of the better opportunities we have had on the start-up side of tourism, and I think it is going to accelerate us quite a bit, with the number of teachings and the opportunity to work with other innovators,” Kyle said.

Mfanafuthi Khoza is developing an app called Gigtour – the name coming from the gig economy. Gigtour is a tour guide app that will allow tourists to get automated guidance and make payments.

Khoza believes it will benefit the township tourism industry and the gig economy. The individuals and businesses to profit from Gigtour will be freelance organisers, transport rental companies (bikes, cars and buses), township retail shops and restaurants.

Khoza saw the need for an app after he had to organise a church concert for 19 people and realised the difficulty of arranging transport and tickets.

“A lot of freelance tour guides and trip organisers suffered a lot because of COVID-19 and we came up with Gigtour as a solution to help bring the gig economy back to its normal state. We utilise the services of freelance tour guides and tour organisers, so users can go on to the app and request the services of any tour operator, and they will be able to organise the trip for you,” said Khoza.

At the moment Gigtour is being developed in Gauteng, but is designed for every community, whether it is a township, nature park, or a religious tour. Khoza hopes his app will be available by the end of the year.

Their app, ShazaCin, is a personal narrator, creating an imaginative visual experience of tourist attractions for blind people. It stores soundtracks of videos such as films and pre-recorded tours, local and global. Blind people will be able to listen on their mobile phones while it connects them to educational, entertainment and economic opportunities in tourism, both as consumers and creators.

“We are a company that makes visual content accessible to visually impaired persons. We even have book illustrations where audio describes the images of those books,” Ntshingila said.

The app has not been released yet, as they want to stock up ShazaCin with us much content as they can.

“A large portion of our funding will go towards giving us the means and opportunity to go to places like Cape Town, Johannesburg, Durban, and pick out the best destinations and start to describe them,” he concluded.