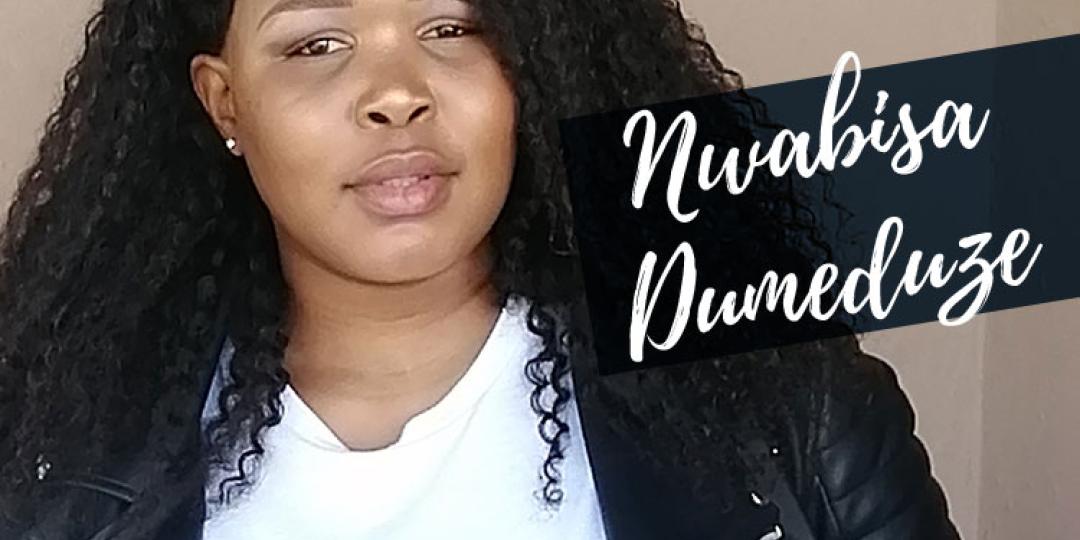 Nwabisa Dumeduze often vacationed with her father when she was a young girl. As a travel writer, he was there to review the services and ambience, but she had an important task too – to give him the ‘child’s perspective’ of each destination.

He would create something magical by the end, Dumeduze recalls dreamily. This love of tourism that her father stoked in her from a young age continued to grow, even after his death.

This Women’s Month, as part of the #IamTourism campaign, Tourism Update will share the stories of the everyday heroines of the industry.

Inspired to pursue her dream

Inspired by her father, Dumeduze went on to study tourism at the Cape Peninsula University of Technology. Her programme involved two years of study and a two-month internship.

“Before you graduate,” she says, “you get a broader perspective. It’s not just the books; it’s also getting to go somewhere and get the experience so you can decide ‘yes, I really like this!’ or ‘no, this is not for me’.”

Many of her peers entered their degree uncertain which facet of tourism they wanted to pursue and pinpointed something during their internships. Dumeduze, though, already had an inkling. On vacations with her father, her younger self had always wanted to know how to design an itinerary and what went into the process.

So, as she learned more about the moving cogs of the industry, Dumeduze became sure that she wanted to work in tour operation. An eager grin lights up her face as she describes what tour operation involves – “designing itineraries [and] selling destinations”.

Dumeduze started with a small company – Timeless Africa Safaris – before the pandemic struck. She feels fortunate not to have lost her job, but she does work from home now. “I’m very fortunate. I know a lot of companies that have had to close down. I know that a lot of my friends who graduated with me in 2018 do not have any jobs right now.”

Timeless Africa Safaris has adapted well to the pandemic. “We’re a small company,” Dumeduze explains, “and it’s easy for us to adjust.” In fact, they had already been working from home for a week – to see if they would be able to cope when the South African president announced lockdown.

Dumeduze’s tone becomes disappointed as she discusses the clients who’ve had to cancel their trips because of COVID-19. She understands, however, that they were very fortunate not to have any clients stuck in the country because of the lockdown.

She won’t give up without a fight: “Right now in the company, we’re still trying to design those itineraries, and sending out newsletters, saying ‘You know what? After COVID is done, we’ll still be here. We’ll still be able to plan your next trip. Let’s not focus on 2020. Let’s try looking forward to 2021’.”

The defence for tourism in a mid-pandemic society

Dumeduze won’t allow anyone to tell her that holidays are a frivolous expense during this crisis. “Tourism contributes so much money to the economy,” she insists, “as the “number-two contributor to South Africa’s GDP, after the mining industry.

“Why would you want to close up an industry that creates job opportunities for so many people? The tourism industry is not only focused on one thing.”

South Africans who work in hospitality and transportation are a few of her examples of where tourism generates jobs and revenue.

She says these jobs are just as important for individuals as they are for the economy. Dumeduze empathises with those who have gone without work during the pandemic. “It makes no sense not to be able to do something. To sit at home and not be able to contribute someway, somehow… it’s not a nice feeling.”

She reminds us that it’s “not just about tourism’s contribution to [South Africa’s] GDP. “The tourism industry offers you the intimacy of meeting new people, trying new cuisines, exploring new destinations!”

Dumeduze argues that, in this way, tourism “is basically a human need… lockdown has been going on for five months now and, let’s be honest, we all want to travel! We want to get out! We’re so tired of not being able to interact with people – like give them a hug! … That’s the most beautiful thing about [travel]; it can help you mentally, physically, and emotionally.”

Beyond leisure and mental health, she insists that so many things connect the whole [tourism] industry. When deciding its import, she asks us to consider religious groups who may want to travel for annual events or rituals and won’t be able to or sick people who need to go to specialised health facilities in another part of Africa but can’t.

Dumeduze remains unphased and optimistic about her industry’s chances, despite the circumstances. “Right now, it’s hard. But eventually, we will all need trips. In six months, everyone will be saying they definitely want to travel somewhere.” She reminds us that travel doesn’t need to involve a boat or a plane. “Let’s be allowed to travel inter-provincially. Let’s not focus so much on people from outside. Let’s just focus on our country right now.”

Here’s to the future

To keep herself and her loved ones sane, Dumeduze focuses on positivity and prayer.

She reminds her friends who work in tourism to pray for themselves, for the sick, and for their industry. “This will be over. This pandemic is not going to last forever. If you can keep yourself that way and be positive it’s the only way to survive. Right now, focus on doing some activity that you’ve never done before. Learn cooking or do exercises! Focus on your wellbeing. Don’t focus too much on the industry because you will go insane.”

Her friends have managed to stay positive, Dumeduze says, and she attributes this to the fact that she and her friends are all in the [tourism] industry because they love it! She fondly recalls a former professor who used to say, ‘If you want to be rich, don’t go into the tourism industry!’

With a hearty laugh and a mischievous grin, she says: “You get into the tourism industry for the love of it! That’s it!” She and her friends ground themselves with that love of travel in their moments of doubt; “Right now, we are suffering, yes. But the industry will be open. Just be hopeful.”

‘Women in tourism must speak out’

Dumeduze speaks passionately of social media as a platform for women in tourism to speak out in the meantime. She says, even if the voices of young people, especially young women, haven’t been heard in the past, she insists now is the time.

“As young people, we’re feeling demotivated at the moment. But there are so many hashtags [supporting tourism in South Africa]. We’re able to use our TikTok, our Instagram, our Snapchat, every social media platform we have. It’s the only place we need to be communicating so that our voices can be heard.”

She challenges the young people to ask the hard questions: “If you can open up the taxis in the streets and you can allow fifteen people to be in a taxi, why can’t six people be sitting in a safari vehicle?”

Even people who don’t use the same social media platforms will see them if they make enough noise, Dumeduze believes, as posts are often screenshotted and shared through messaging apps or over to other platforms. “The only thing we can do as young South Africans is to speak out and make our voices heard. Right now is the best time for us to be talking and sharing our opinions.”

Nwabisa Dumeduze spoke to Big Ambitions MD – and one of the drivers of the #IamTourism campaign – Natalia Rosa. View their #IAmTourism conversation here.