I ran with a Kenyan – and survived

I ran with a Kenyan – and survived 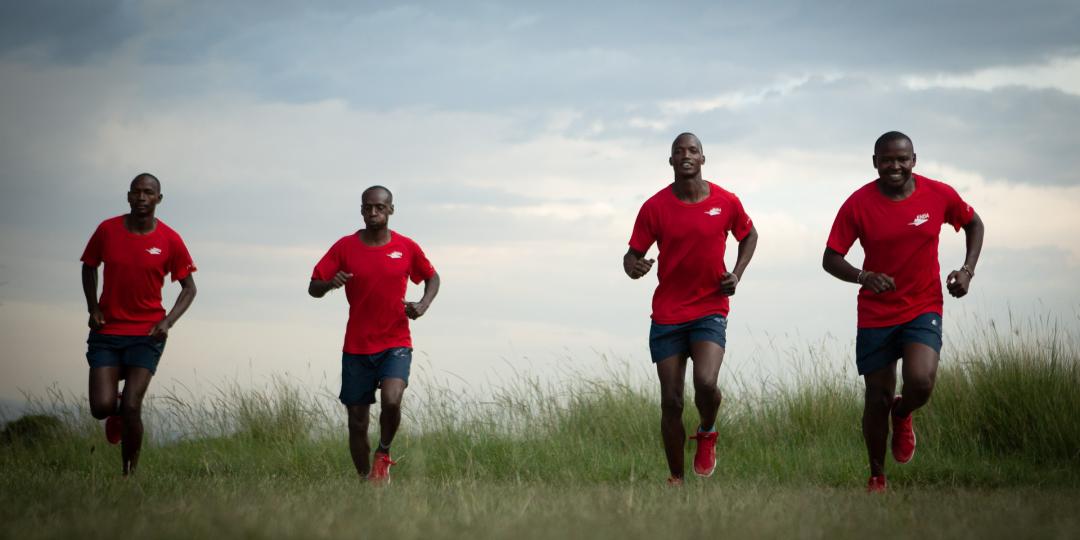 The natural running ability of Kenyans has seen athletes from the country claim many world records on racetracks around the globe. Now, Angama Mara guests have the opportunity to join the Angama Running Club on one of its regular training sessions as part of the lodge’s new ‘Run With A Kenyan’ experience.

The idea to launch the guest experience came about when Nicky Fitzgerald, CEO of Angama Mara, saw a guest at the lodge wearing a T-shirt that read: In my next life, I want to run like a Kenyan. “After seeing this, as well as many in our Angama family going for daily training runs next to the airfield and along the escarpment, we realised that, for many, running with a Kenyan is a bucket-list experience and we were well-placed to turn this into a reality,” says Fitzgerald.

The Angama Running Club’s members include guides, butlers and other camp staff who want to share their love of athletics with guests from all over the world.

Members set off at 07h00, or later in the morning depending on guests’ preferences, and follow one of two routes – 3km or 6km – or further if guests are feeling up to the challenge. “Something to consider though,” adds Fitzgerald, “is that at 2 000 metres (6 500ft) above sea level – Angama Mara’s elevation will be sure to get your heart pumping, so a reasonable level of fitness is recommended.”

No matter the route taken, guests will get to experience the exhilaration of running along the escarpment, encountering plains game such as giraffe, eland, topi, impala and zebra along the way.  At the end of the run, guests will be presented with a T-shirt: ‘I ran with a Kenyan – and survived’.

For guests who need running shoes, Angama Mara has partnered with the local company, Enda, to sell proudly Kenyan quality athletic footwear at the lodge’s Safari Shop. For each pair sold to a guest, another pair will be donated to an up-and-coming Kenyan athlete in need of running shoes.