How to sell every season of the migration

How to sell every season of the migration 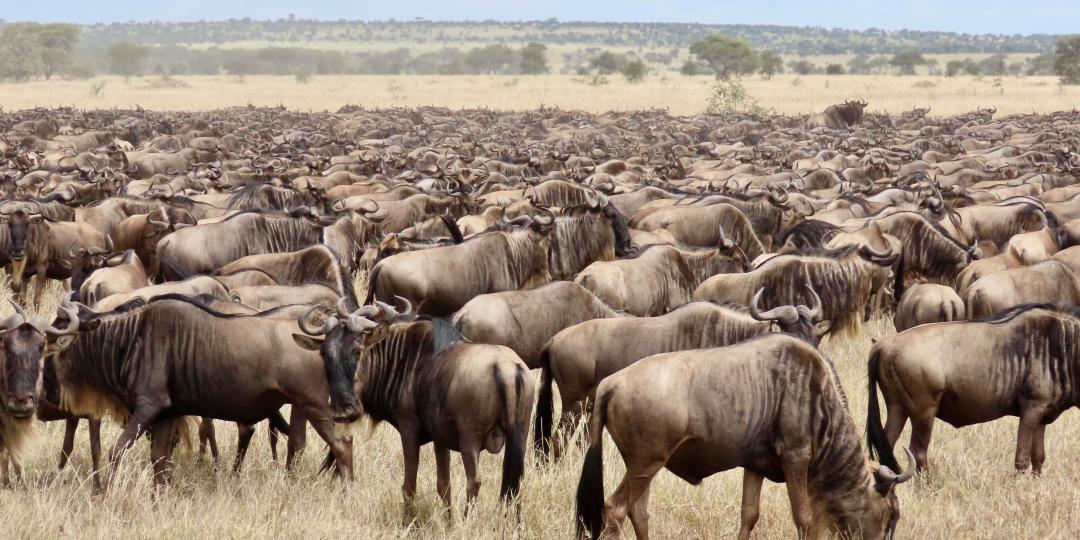 A herb of wildebeest before the great migration. Photo credit Rika
Comments | 0

Seeing the Great Wildebeest Migration is on many South Africans’ bucket list, but lots of travellers miss out because of misconceptions around seasonality. East African operators say every season has its unique selling points.

IN JULY and August, two million wildebeest and thousands of other plains game migrate from the Serengeti in Tanzania to the south of Kenya’s Maasai Mara, following the rains in search of lush pastures.

This is the peak season, when travellers are most likely to see the iconic river crossings.

However, operators argue that other periods of the year have their own spectacular offerings and come with significant savings compared with the peak season.

One of the common misconceptions about the migration is that all the animals disappear with this movement, when in fact there isn’t one migration event – and the animals are moving through the year.

“Typically, people think of the migration as the river crossings, particularly the Mara and Grumeti rivers,” says Wild Frontiers Director, Debbie Addison, but she points out that the game are continually moving, looking for grass and water. “It’s a case of planning your trip to be at the right place at the right time.”

It’s also important to note that the seasons of the migration are not set in stone and change depending on when the rains come and if there have been fires.

Nicky Fitzgerald, CEO of Angama Mara, also points out that the migration doesn’t deplete areas of wildlife entirely. When it comes to marketing the Maasai Mara, she says the industry has a habit of placing too great an emphasis on the migration. She explains that this creates the misperception that when the migration leaves the Mara, it depletes that area of wildlife, which isn’t the case at all.

Likewise, Chris Roche, MD New Business Development at Wilderness Safaris, points out that, even outside of the migration, the wildlife viewing in the Mara is good all year round.

Lance Zackey of Rove Africa, says while peak migration season is July to August, the rainy season, from April to May, is a good time for visitors on a tight travel budget. “This is the low season, or what is called the green season,” he says. “You might have a little rain every other day, but can save up to 30% on accommodation costs.”

Fitzgerald highlights the importance of properly informing clients about the rainy season in Kenya. She says misinformation about what is referred to as the ‘long rains’ and ‘short rains’ has led some to believe that they may end up spending days indoors instead of exploring the Maasai Mara.

Instead, she says, rain usually arrives in dramatic, late afternoon thunderstorms and the sun reappears after an hour.

“In fact, the name ‘long rains’ refers to the length of the season, which runs from six to eight weeks, while the ‘short rains’ usually last just four weeks.”

Expert Africa defines the ‘long rains’ as the initial rains in late April, May and early June and the ‘short rains’ as the rainy weeks in November and December.

Another selling point of the green season is that it offers some of the most spectacular photographic opportunities, says Addison. “You have amazing skies and the air is clear from the rains and there are not as many people.”

For agents selling this period, it’s important to let clients know that, while they won’t be seeing the river crossings, they can still witness the migration. “They can follow the migration from the Ngorongoro Conservation Area through to the Serengeti,” he says. “They will still see over a million wildebeest on the move.” He adds that travellers are also likely to see the predators that follow the migration.

Just after the green season, there is a shoulder season in June, where there is less chance of rain, and South Africans can still enjoy a discount of up to 15% on peak season prices.

Both Roche and Addison recommend the calving season in February and March, when the young are born near Lake Ndutu in the Ngorongoro Conservation Area. “Unlike other species, wildebeest tend to drop all their young at the same time, so you have this huge glut of babies popping out in the southern part of the Serengeti,” she says, adding that this attracts all the predators, including lion, leopard and hyena.

She says this is her favourite time and, because many visitors don’t enjoy crowded sightings, this is also a selling point.