How to sell the Delta this season

How to sell the Delta this season 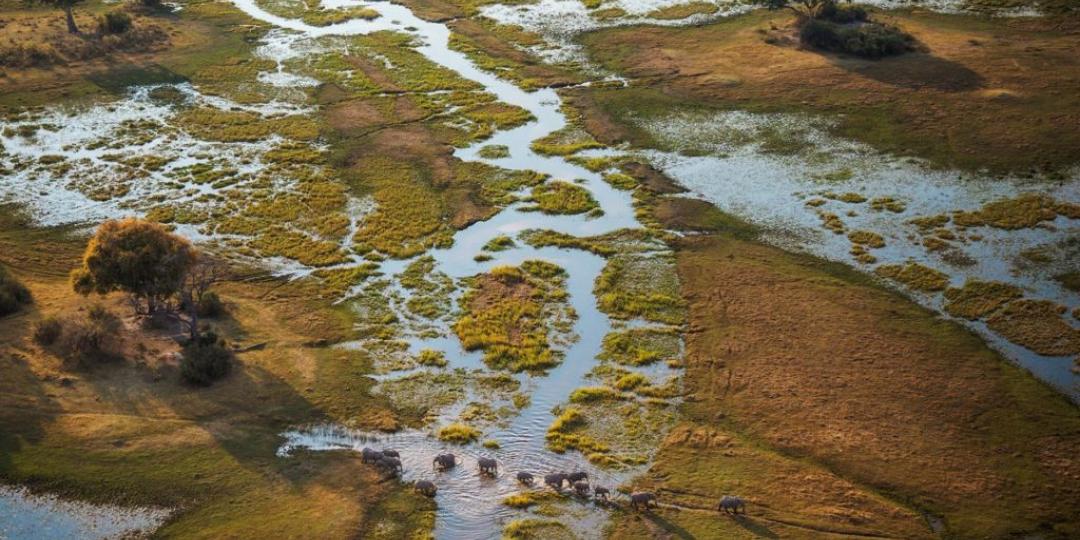 The Okavango Delta has experienced one of its driest flood seasons this year. Michelle Colman reports.

Low-water seasons are by no means unheard of in the Delta and tour operators are hesitant to label the altered pattern a permanent effect of climate change.

The waters are influenced by floodwaters in the Central Highlands of Angola from where they originate and travel down to Botswana. The rainfall in Angola was late this year and the amount below average.

That the low-water season is somewhat extended does not mean inferior game viewing as the destination is a year-round safari choice.

At this time overland vehicles remain the main means of game viewing in the south, and lingering water sources attract spectacular concentrations of animals that make for excellent sightings of plains game and predators. The bush is thin, grass is shorter and animals are more easily revealed. Safaris on foot are also possible and yield great results for photographers. Islands normally under water become accessible for exploration too.

Mokoro rides and boat-based activities are sometimes not possible in the south due to the low water levels. Camps and lodges that are able to do so, may temporarily move their jetties and boat stations out to deeper channels.

“Although global climate change will no doubt influence the floods in the Delta in the long term, the patterns in recent years are much more the result of the usual variations each year, and a dry year like 2019 does not mean this is a permanent feature,” says Pieter van der Schee, Global Director Sales and Marketing for Sanctuary Retreats.

Chris Anagnostellis, CEO of An African Anthology, believes the best time to visit the Delta depends on what the client is looking for. “In the dry months the game viewing remains outstanding and in the wet months the new-born animals and birdlife remain prolific. While some areas and some channels remain dry due to low rains, the area still receives rain that fills pans and greens the vegetation.”

An African Anthology’s Kadizora Camp in the Okavango is situated in the remote north, and Anagnostellis reports that game viewing has been incredible this past season. Game viewing by hot-air balloon has become a feature here too – the balloon is based at Kadizora but can be booked by guests at other lodges in the vicinity.

Similarly, Drifters Adventours operates in the north of the Delta where the panhandle opens up south of Seronga.  “Here we do not have a problem with the flow of water and can still offer our guests mokoro trips and guided walks as we normally do,” comments Christiaan Steyn, General Manager.

Drifters runs year-round multi-destination Botswana tours, where the seasons do not impact on incorporated activities. “We offer a 16-day camping tour as well as a 16-day accommodated Botswana tour that include, among other stops, three nights in the Delta as well as four nights in the national parks (Moremi/Savuti). We offer weekly departures on the camping tours and regular departures on the accommodated tour and the numbers on both tours have been good throughout the year,” says Steyn.

Van der Schee says major markets have not reacted negatively to the change in water flow thus far.  “The great majority of our trade partners in Southern Africa and overseas are very knowledgeable about the Okavango Delta and its natural variations, assisting their guests in choosing the periods for their travel,” he notes. “Although the dry-season months remain popular as they coincide with the main vacation periods in key markets like the US and Europe, Sanctuary Retreats has seen a huge increase in guests in recent years between January and May when they realise the wildlife attractions are still endless, but we are offering very attractive rates.”

The company has transformed its four Botswana camps in the Okavango, Moremi and Chobe in the last couple of years, creating a more contemporary style while keeping a close connection to the landscape.

For his part, Dave van Smeerdijk, co-founder and Director of Sales and Marketing at Natural Selection, has observed an increase in late bookings.

Although lower water levels were also recorded on the Chobe River this year, boating was unaffected. In the Makgadikgadi Pans, the poor rainfall was said to have triggered a premature zebra migration.