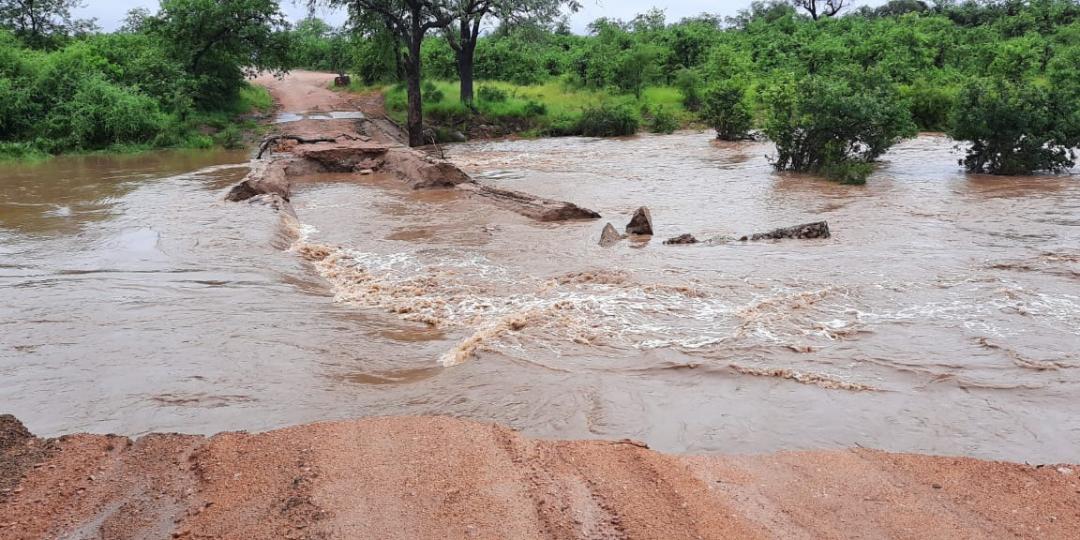 With intermittent heavy rainfall in parts of the Kruger National Park since Tropical Cyclone Eloise hit Mozambique on January 23 and affected weather patterns in Mpumalanga and Limpopo provinces, there has been some structural damage to the roads.

The road maintenance crew are constantly monitoring the situation and advising when interventions are necessary.

KNP GM: Communications and Marketing, Isaac Phaahla, told Tourism Update that some gravel roads in the north of the park had been impassable due to heavy rains during the past weekend.

“We communicated via social media that certain roads had been affected, advising visitors to use alternative routes.”

Phaahla added that work was being done to address structural damage to certain roads, as well as the bridge to Sirheni camp, which was washed away.

Tourism Update was advised that some tourists had been stranded and unable to leave the KNP, but Phaahla said no such reports had been received by KNP management.