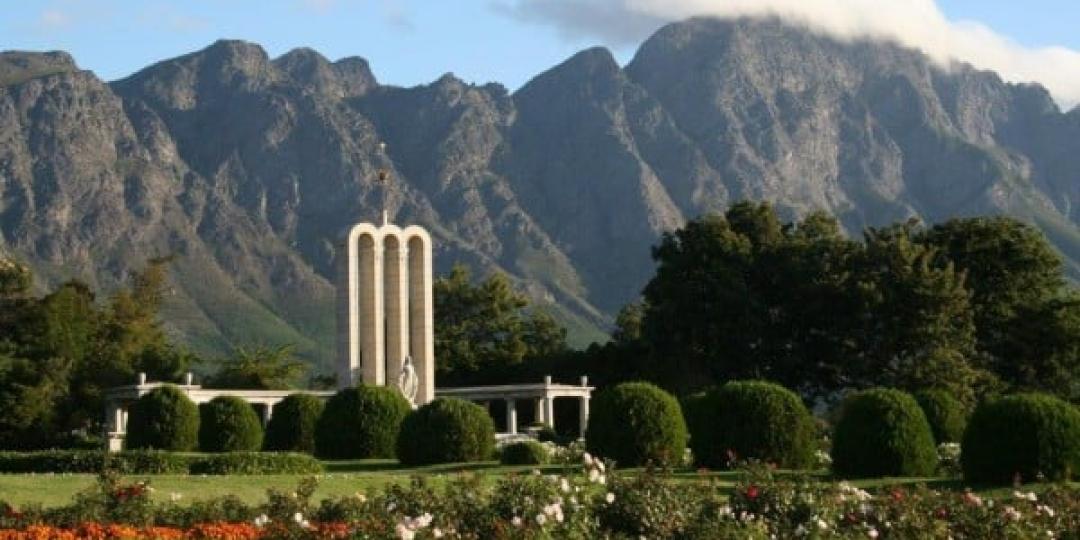 The Huguenot Monument in Franschhoek.
Comments | 0

The town of Franschhoek in the Western Cape hopes to leverage its recent global recognition – where it was named as one of Time magazine’s ‘World’s Greatest Places’ for 2022 – to grow domestic and international tourism numbers to its ‘French Corner’.

The Time magazine collection includes 50 destinations around the world that Time’s correspondents and contributors nominated as worth exploring because of the destination’s offering of “new and exciting experiences”.

Provincial Minister of Finance and Economic Opportunities, Mireille Wenger, said: “This is excellent news, which once again puts a Western Cape destination on the world-map at precisely the time we are looking to boost our visitor numbers far beyond their 2019 levels.

“Just in this past week, we have learnt how our visitor numbers from key source markets are recovering to pre-pandemic levels, and that two Western Cape restaurants are in the global top-100 list.

“Together, this reminds us that there is still so much on offer in our beautiful province, with its diversity of experiences being amongst the best in the world. I encourage South Africans, in particular, to get out and see the beauty our province has to offer.”

CEO of Franschhoek Tourism, Ruth McCourt, added: “We are immensely proud that our valley has been recognised – once again – as one of the ‘greatest places’ in the world to visit. We continue to strive for and celebrate the diversity of our unique village, which attracts both local and international visitors, and indeed, puts the whole of South Africa on the world tourism stage.”

Neil Hughes, MD of Providence Hospitality, which recently added Maison Chablis Guest House in Franschhoek to its collection of South African hotels, said: “We are delighted that Franschhoek has been recognised by Time magazine in the prestigious category of World’s Greatest Places 2022.

Hughes said the town was established in the late 1600s by a group of French Huguenots who brought the art of fine wine-making with them to South Africa.

“Today elements of African, French, Dutch and English cultures are still apparent in this charming town, which has become known as South Africa’s capital of food and wine.”

Hughes said the accolade came at the perfect time, just as Franschhoek begins its Bastille Day Festival celebrations – which will run through to the upcoming weekend.

Tickets for the festival can be purchased through Webtickets and include tasting glasses, wine coupons and entrance to all festival venues. “There will be superb food and wine on offer, festive costume hire and live music. Maison Chablis still has rooms available for Sunday night,” added Hughes.

The guest house is 200m from Franschhoek’s bustling main road, and within walking distance of many of the town’s excellent eateries and upmarket boutiques.